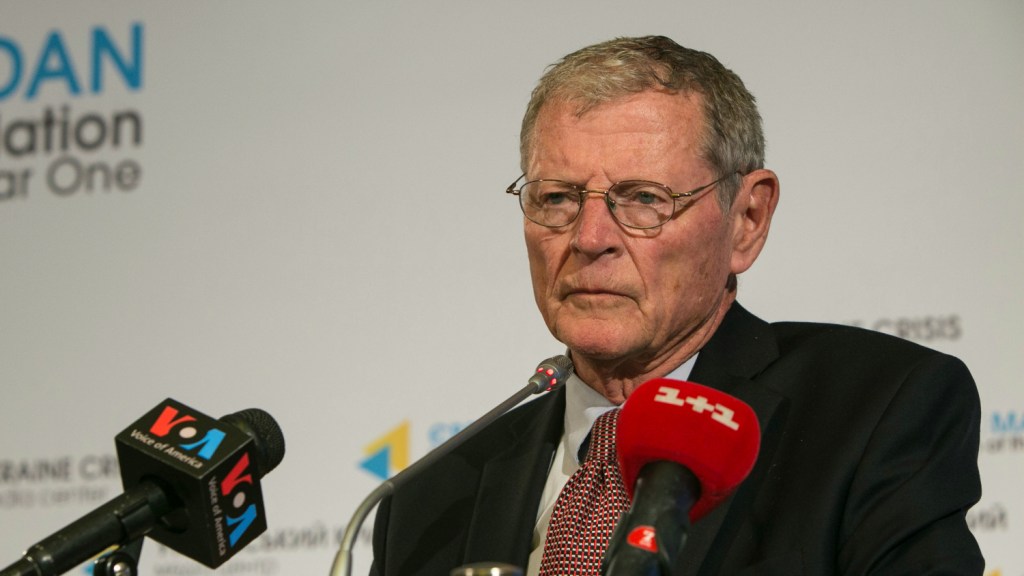 Along with a whole mess of other amendments that senators are trying to tack on to Keystone pipeline legislation, there’s now one aimed at invalidating the U.S.-China climate pact announced last November. The amendment, offered by Sens. James Inhofe (R-Okla.) and Roy Blunt (R-Mo.), also takes a step toward derailing the world’s plans to reach some kind of greenhouse gas deal at the U.N. summit in Paris at the end of this year.

The amendment is a “sense of the Senate” measure designed to gauge how legislators feel. Even if it passed, it wouldn’t be legally binding, and it may not even end up receiving a vote in the Senate.

But, importantly, the amendment shows that the upcoming Paris conference is on congressional climate-change deniers’ radar, just as it is on the president’s. At the State of the Union address Tuesday, Obama gave the potential future agreement some significant verbiage, declaring, “because the world’s two largest economies came together, other nations are now stepping up, and offering hope that, this year, the world will finally reach an agreement to protect the one planet we’ve got.”

Diplomats from around the world have agreed to produce a nonbinding agreement in Paris specifically because a binding one would have to be ratified by the U.S. Senate, a prospect that is next to impossible. In this way, the world’s ambition to do something about the climate threat has already been derailed by the unscientific leanings of the U.S. Senate.

If legally binding legislation in the same vein as the Blunt-Inhofe “sense of the Senate” amendment were, in the future, to be proposed and passed, it would make negotiations even more difficult, and could scuttle a global climate agreement altogether.