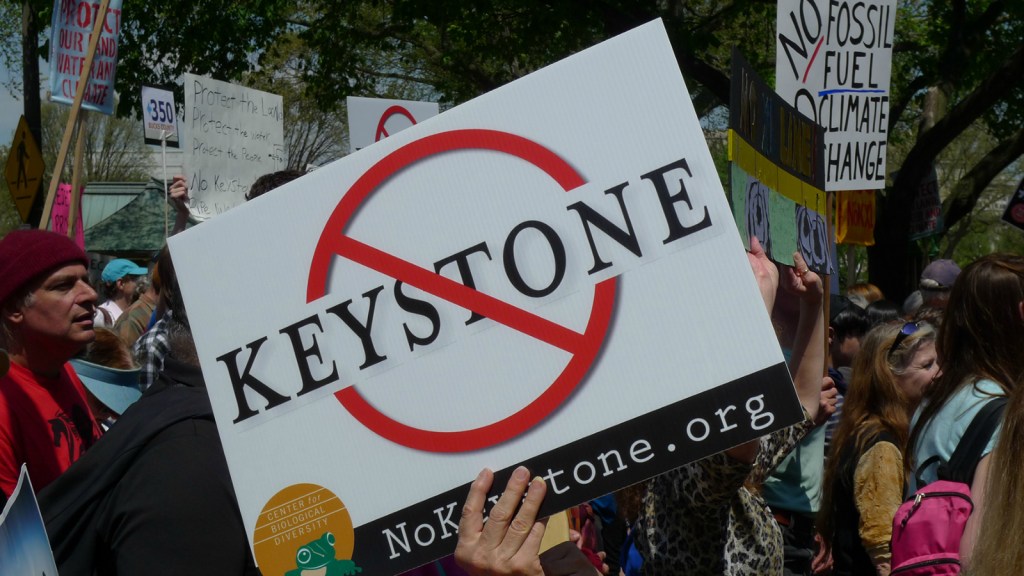 On Wednesday, the Obama administration said no dice. From The Washington Post:

The State Department formally rejected a request by TransCanada Corp. for a “pause” in the pipeline’s approval process, a move that would have effectively deferred a decision until after next year’s U.S. presidential elections.

State Department officials said the administration’s review of the project —now in its seventh year — would continue, barring a decision by TransCanada to withdraw its application altogether.

Climate activists and anti-Keystone protestors cheered the decision, of course, and called for Obama to just reject the whole damn pipeline already. “Now that he’s called TransCanada for delay of game, it’s time for President Obama to blow the whistle and end this pipeline once and for all,” said Jamie Henn, communications director for 350.org.

Activists are pushing the president to reject Keystone XL before the big U.N. climate talks that will begin on Nov. 30 in Paris, to show the world that he’s serious about reining in carbon pollution. There’s a good chance he’ll do it. Stay tuned.