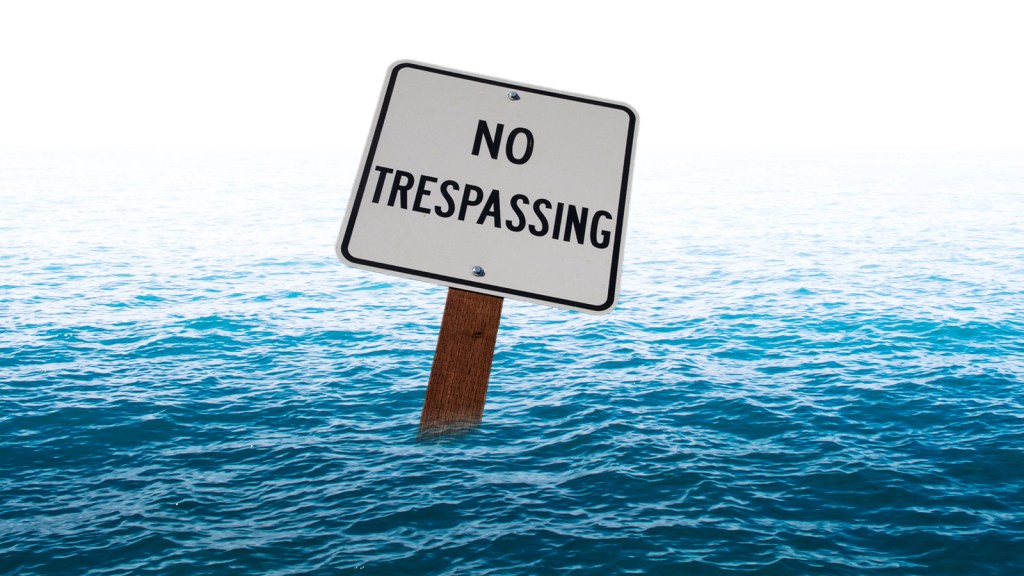 Say what you will about the U.S., when we do something, we do it supersized.

So when Obama decides to make a marine reserve, he doesn’t just put your average patch of ocean off-limits to commercial fishing, energy exploration, and other shenanigans. No. It’s a massive portion of the Pacific that more than doubles the total amount of protected ocean. In the world. From The Washington Post:

[T]he Pacific Remote Islands Marine National Monument would be expanded from almost 87,000 square miles to nearly 782,000 square miles — all of it adjacent to seven islands and atolls controlled by the United States. The designation would include waters up to 200 nautical miles offshore from the territories.

“It’s the closest thing I’ve seen to the pristine ocean,” said Enric Sala, a National Geographic explorer-in-residence who has researched the area’s reefs and atolls since 2005.

Marine protected areas are widely acknowledged as one of the most effective tools to fight back against overfishing, habitat destruction, and ecological loss. By roping off some of the most productive waters, we give fish a fighting chance. In this case, the proposed boundaries encompass a number of “underwater mountains,” habitats which are important as fish nurseries and centers of marine biodiversity.

The potential expansion area would quintuple the number of underwater mountains under protection. It would also end tuna fishing and provide shelter for nearly two dozen species of marine mammals, five types of threatened sea turtles, and a variety of sharks and other predatory fish species.

There will likely be the usual sighing about the pushiness of a president who refuses to work with his old pals in Congress. And the American tuna industry is likely to be one of the more vocal opponents, as about 3 percent of the U.S. catch comes from the area proposed for protection. But as Pacific bluefin tuna are one of the most overfished species in the sea, they could use the break. If all goes well, this sanctuary could actually help ensure that there are lots of fish out there for us to catch.

It’s a little early to declare victory — this announcement is merely a proposal, to be followed by a public comment period that will end later this year, hopefully with the official expansion of the reserve. But today’s announcement — coming on the tails of Capitol Hill Ocean Week and John Kerry’s “Our Ocean” conference in D.C. and the announcement of a new public nomination process for marine sanctuaries and a crackdown on seafood fraud — might signal a turning of the tides. (What, you thought you’d get out of this without seaing a pun?)

Or you could look at it another way: Small island nations like Palau and Kiribati have set aside their own swaths of sea as marine sanctuaries, and the U.K. is considering doing the same to the area around the Pitcairn Islands in the South Pacific. We may have taken our time about it, but it looks like we’re finally embracing the healthy spirit of competition to massively outdo all of them.