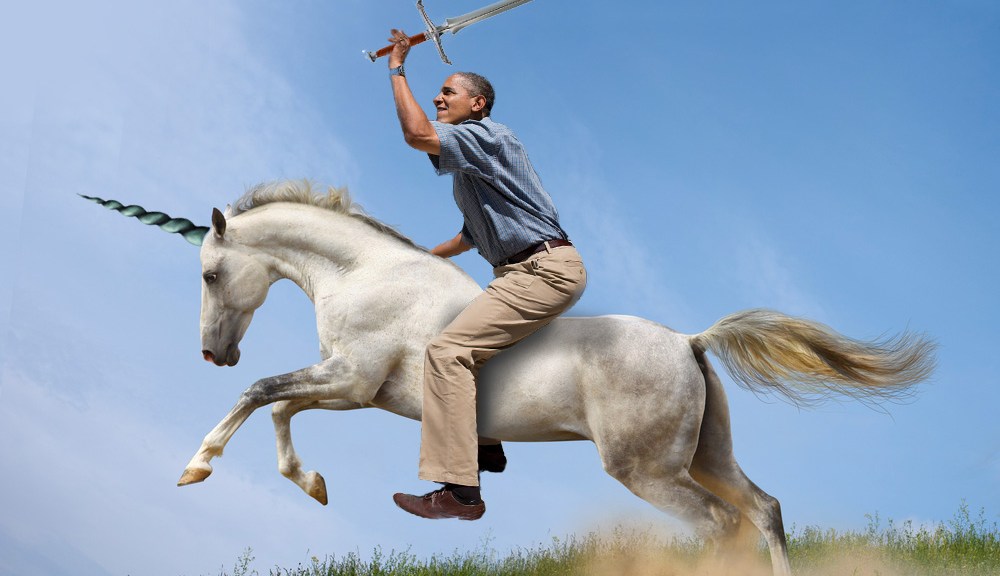 When Barack Obama took the oath of office for the first time, the day began with a faint electric hum in the air — as though the neighborhood I lived in was a sound stage and all of us, going about our daily routines, were on the verge of bursting into collective song. This was not far off. By the time night fell, a brass band had appeared and a dance party was in full swing. One of my last memories of that night is of a man dressed as Dick Cheney dancing in the middle of the street with a man dressed as a disco ball.

People were already voicing doubts that Obama could do much. Other people wondered exactly what mattered to this new president, what would he fight to accomplish.  Hope was just one word, and there was a lot that we hoped for.

As 2013 winds down and we approach the longest night of the year, the question arises again: What, Mr. President, have you been doing for the environment? We now know what pretty much everyone suspected, which was that the Obama administration deliberately delayed implementing environmental regulations in the years before his reelection, on the grounds that it might keep him from winning a second term. But 2013? 2013 looked like it might be a magical year. This was the first year of Obama’s last term as president, and it was hard to not experience that expectant feeling again — as though perhaps, just perhaps, he would walk into a phone booth and come back out dressed like Captain Planet.

If you’re talking to policy wonks like Jonathan Chait, who wrote a long and thoughtful article this May, Obama has done more for the environment than we realize. Obama didn’t get enough credit for legislation like the American Recovery and Reinvestment Act of 2009, Chait argued, which put a $90 billion subsidy into green energy. American wind-power generation has doubled, solar power has increased sixfold, and the move, Chait wrote, “transformed the Department of Energy, previously a sclerotic backwater charged mainly with overseeing the nuclear-weapons cache, into a massive new engine of cutting-edge environmental science.”

Since he first took office, Obama had, despite not having the support of Congress or the courts, also imposed higher standards for gas mileage in cars, energy efficiency in appliances, and emissions from new power plants. Yes, the failure of 2010’s  cap-and-trade bill was very sad. But “the assumption that Obama’s climate-­change record is essentially one of failure,” wrote Chait,

is mainly an artifact of environmentalists’ understandably frantic urgency. The sort of steady progress that would leave activists on other issues giddy does not satisfy the sort of person whose waking hours are spent watching the glaciers melt irreversibly.

Right. Glaciers. That did seem urgent. A month after Chait’s article, a group of Democratic senators wrote the president directly to tell him that he needed to use what presidential power he did have to cut carbon dioxide emissions from new and existing power plants. Al Gore told The Guardian that Obama also needed to veto Keystone, for both climate change and “let’s not get oil in the Ogallala aquifer” reasons. Obama went on to deliver a rousing speech and less-than-rousing emissions regulations. Then a little something called “Incessant Focus on Healthcare Implementation” happened, and we have heard of little else since.

In the “Obama is Doing a Terrible Job on the Environment and Climate Change is Going to Cook Us All Like Toaster Strudel” camp, we have this year-end Obama roundup that Bill McKibben just published in Rolling Stone. (Full disclosure: McKibben is on Grist’s board.)  Every sensible environmental measure that Obama has taken, McKibben argues, is overshadowed by two things: (1) By the time Obama leaves office, the U.S. is expected to have passed Saudi Arabia and become the world’s biggest oil producer, which does not really suggest a serious drive to move past nonrenewable fuels; and (2) even though we use less coal, we export more of it than we ever have. Which means that even though our carbon emissions may look lower, we’re actually digging the same coal up and shipping it away, exporting emissions to other countries.

Coal mining and oil and gas extraction remains a part of government business, McKibben argues, in a way that makes it hard for the American  government to take a clear-eyed look at climate change. This summer, the Bureau of Land Management decided to auction off  316 million tons of coal located in public land in Wyoming’s Powder River basin. The EPA eased regulations on mountaintop-removal coal mining in Kentucky, and Obama, who has the authority to block any pipelines that cross the border to the U.S., is instead excited about building more. McKibben quotes a speech Obama gave in Cushing, Okla., this year:

Over the last three years, I’ve directed my administration to open up millions of acres for gas and oil exploration across 23 different states. We’re opening up more than 75 percent of our potential oil resources offshore. We’ve quad­rupled the number of operating rigs to a record high. We’ve added enough new oil and gas pipeline to encircle the Earth, and then some.

All of this would explain why, in the last year, anti-pipeline activism has also morphed into anti-coal export terminal activism, especially now that Keystone South is 95 percent complete.

There are many ways that coal and gas can be moved across and out of a country. If pipelines aren’t built, for example, oil and gas can be shipped by rail. But the more difficult it is to move coal and gas, the theory goes, the less profitable it will be to dig out of the ground. The coal in Powder River Basin, for example, hasn’t found a buyer yet, because there is no easy way to get that coal out of the country. There’s also the theory that there’s a race on to dig as much coal out of the ground as possible before the countries that still buy it, like China, decide that they can’t handle the pollution it causes and don’t want it any more. There are signs that China might already be shifting in this direction.

One last interesting development: In November, Senate Democrats curtailed the filibuster, which has, over the last few years, killed a lot of the more interesting climate legislation that Obama worked on. The cap-and-trade bill of 2010, for example, probably would have passed without the filibuster. Does this mean we’ll see more progressive climate change legislation moving through the system? It might. On the other hand, the Republicans who control the House today would never pass anything like the cap-and-trade bill of 2010. Win some, lose some.