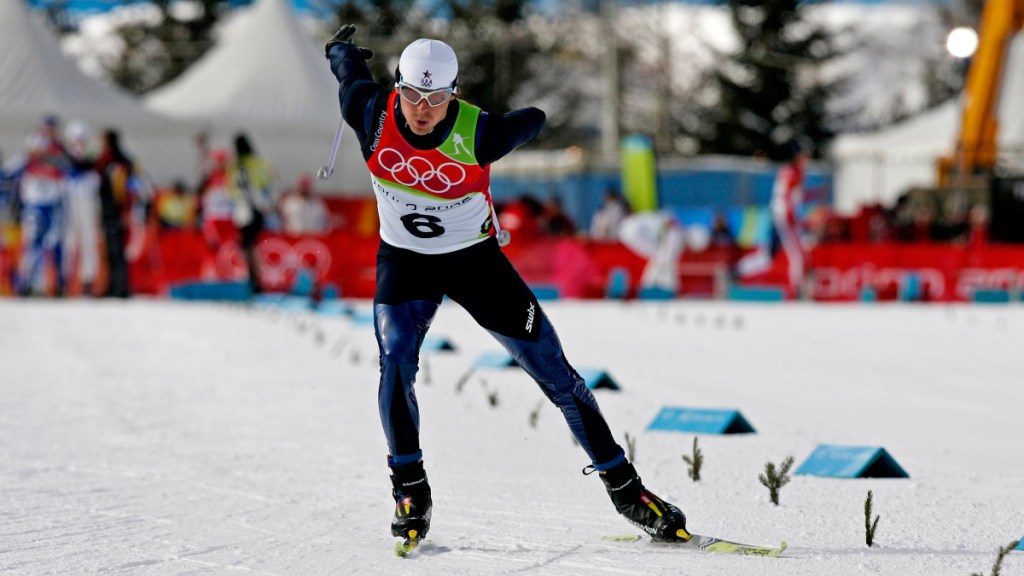 What happens at the Winter Olympics without winter? Imagine Sage Kotsenburg trying to pull off the Holy Crail over a course made of concrete, or cross-country skiers running to a dusty finish line. Triple axels on rollerblades? Make the pain stop! Vanishing snow is no joke to Olympic athletes, and they’re calling on world leaders to do something to stop the climate catastrophe that could spell doom for winter sports.

More than 100 Olympians have signed on to a statement, released Tuesday, asking leaders to “recognize climate change by reducing emissions, embracing clean energy, and preparing a commitment to a global agreement at the U.N. Framework Convention on Climate Change in Paris 2015.”

The statement, called “An Olympian’s Call for Climate Action,” was spearheaded by cross-country skier and three-time Olympian Andy Newell, who placed 18th in the Men’s Sprint in Sochi, top among the Americans. Its backers come from every winter discipline, and while 85 members of the U.S. team make up the bulk of signees, representatives of Australia, Canada, Estonia, France, Germany, Italy, Sweden, Switzerland, and the U.K. make a stand, too.

These athletes have had a front-row seat to the fallout from a warming climate:

This year alone, nearly half of the FIS cross country World Cup international competitions have taken place on artificial snow. Even last year in Sochi, several pre Olympic skiing and snowboarding events had to be canceled because of poor conditions, something that has been a consistent problem both in Central Europe and Scandinavia. Snow conditions are becoming much more inconsistent, weather patterns more erratic, and what was once a topic for discussion is now reality and fact. Our climate is changing and we are losing our winters.

And lest you think this is just a bunch of fun hogs whining about the lousy snow conditions, Newell shows that these fun hogs also understand how their shredded leftovers end up in our water glasses and on our dinner plates (or don’t):

The continued loss of snow is only the beginning, and unless changes can be made at a federal level, it will be more than our skiing that’s at stake. I’m not an environmental science major, I’m not a scientist, in fact I didn’t even go to college, but just like most Americans, I know that as the snow dwindles so does our water supply, our food, our health and our economy and unless our governments can stop letting politics get in the way of common sense we’re all in for some more sobering and painful environmental changes that will truly change the face of this planet.

The statement was released by Protect Our Winters, or POW, which is also organizing a “Twitter Blizzard” in an effort to inundate lawmakers with calls for climate action.

According to the Snowsports Industries Association, more than 20 million Americans are “active participants” in snow sports. Unless we see big changes on the world stage, though, most of us can count on removing “active” from that title in the not too distant future: Participating in winter sports will mean kicking it on the couch with video games like SSX Tricky, and wondering what it must have been like when we still had snow.