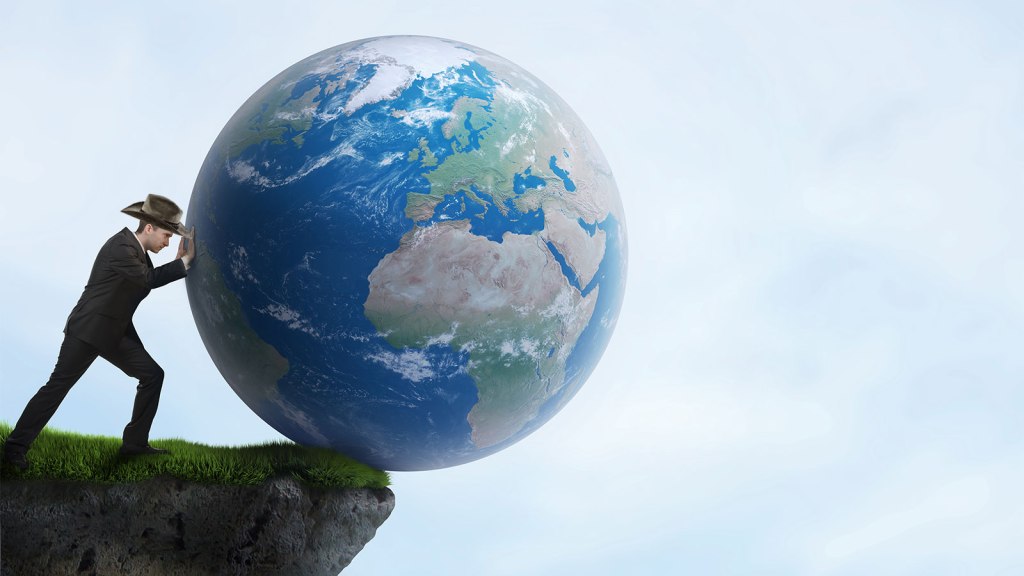 If you want to see just how low utility companies will stoop to try to turn public opinion against rooftop solar energy, just look to Wisconsin. There, as in other states, utility companies have been pushing to increase households’ fixed monthly energy costs, arguing that rate hikes are needed because of solar “net metering” policies.

As explored in my “Nothing but Net Metering” series, and further explained by David Roberts, the utilities contend that since they have to credit households that produce their own solar, and because those households technically still use the grid, then additional fees should be imposed on everybody to make up for what’s credited to solar.

It’s hard not to see this as a cynical attempt to turn the public against policies like net metering that encourage people to install rooftop solar.

How much damage is home-based solar really doing to these utilities’ bottom line? According to the U.S. Energy Information Administration, coal “has dominated electricity generation in Wisconsin; in 2013 it provided 62 percent of the state’s net electricity generation.” Less than 7 percent of the state’s power comes from renewables, but that’s mostly from hydroelectric, biomass, and wind. It’s hard to imagine, with those stats, that home solar is cutting that deeply into the utilities’ pockets.

Yet the state’s utility companies want to raise fixed monthly energy costs for bill payers — one of them wants a 75 percent increase. In Madison, the local utility would like to nearly double monthly fixed rates from $10 to $19 per household.

“As the growth of solar increases, utilities are looking at ways to keep things running so other customers don’t have to pick up the difference,” Jeff Ripp, a deputy administrator with the Wisconsin Public Service Commission, told The Capital Times, a local paper out of Madison.

Wisconsin residents obviously don’t want their bills raised, especially those of low income who use the least energy — and they love their solar, which I’ll get to in a minute. And here’s where it gets dirty. A Texas-based utility trade lobby, the Consumer Energy Alliance (CEA), attempted to intervene by claiming it found 2,500 Wisconsonites who support the rate hikes. CEA submitted the names to Wisconsin’s Public Service Commission during a public hearing earlier this month.

David Holt, CEA’s president, said they were  people who “believe every energy consumer should pay a fair share for maintaining the electrical grid. The petitioners believe changing the current rule will ensure that all ratepayers are treated fairly and electricity bills remain affordable.”

As I mentioned in my last post, though,  some of those names may have been captured under false pretenses. The Capital Times, which has been all over this story, contacted some of the people on CEA’s list and found that some of them were duped. It was bad enough that the Madison utility publicly disowned the Alliance, which has a membership that mostly includes fossil fuel company executives. The state utility commission ended up tossing out CEA’s petition yesterday, due to a number of problems.

A few groups — the Environmental Law & Policy Center, RENEW Wisconsin, and The Alliance for Solar Choice — had filed a motion asking the state utility commission to investigate CEA’s role in this, but the commission is saying the point is moot now.

But it’s still worth asking: What dog does CEA, a trade group from Texas, have in Wisconsin’s fight, anyway? Well, CEA represents the interests of mostly fossil fuel companies, so it is engaged in a nationwide campaign to slow the spread of home-produced renewable energy. It has a regional Midwest chapter, which pushes for fracking and for President Obama to approve the Keystone XL tar-sands pipeline.

The Alliance’s founder, DC lobbyist Michael Whatley, has been behind a number of large-scale PR campaigns designed to fight policies that would wean us off carbon-intensive fuel sources. His lobbying firm, HBW Resources, represents the interests of fossil fuel, utility, and tobacco industries. As reported in Salon and the Canadian media outlet The Tyee in 2010, Whatley is influential enough that he’s been key in hampering federal plans to cut carbon pollution, and in locking in plans for building the Keystone XL pipeline.

“We believe that if we can generate enough public awareness and a public debate on the issue, that the public will let the policymakers know that [low-carbon fuel standards] are a very bad idea,” then-CEA Executive Director Whatley told the Canadian outlet in 2010.

So perhaps it’s no surprise that Whatley hasn’t let public opinion get in the way of his campaign to squelch clean energy in Wisconsin. I’ve placed a few calls at CEA about this, none of which have been returned.

A better sense of public opinion in Wisconsin might be gleaned from a more professional phone poll conducted recently by the environmental group Clean Wisconsin. It found from those surveyed that:

Looks like CEA’s gonna have to fake a lot more signatures to overcome those stats.