On Friday, Edison Electric Institute, a trade association for utility company shareholders, met with staff members of the Congressional Black Caucus to discuss the impact of rooftop solar panels — specifically, the “net metering” policies that encourage people to install them — on communities of color. I responded to an invitation to the meeting, but was denied entrance after being told the meeting was “for staffers only.” I spoke with someone who attended. Here’s the rundown:

The good news is that a good majority of the Congressional Black Caucus staffers — about 75 percent, I’m told — pushed back against these arguments during the question-and-answer period. This is significant, because it means that most of the black lawmakers in Congress are not ready to swallow the utilities’ bait as easily as so many of their colleagues at various levels of government have. (Kate Sheppard reported more on this meeting for Huffington Post on Friday.)

The truth behind all of this is far more complicated. The way electricity rate structures are set up today, expanding solar net metering could indeed place financial burden on those who can least afford it. But that outcome assumes two things:

Regarding the first point, consider that people of color and low-income are far more likely to live on the fenceline or within close proximity to the coal plants generating most of our electricity. We already know that soot and ozone pollution from U.S. coal-fired power plants cause thousands of premature deaths and billions in public health costs, much of that suffered by those with the least resources and worst access to quality healthcare.

In America, that’s mostly African Americans, Native Americans, and Latinos. Those communities are further burdened by the climate change-related damage costs created by coal facilities. And then there’s the fact that electricity bills have already been steadily rising. 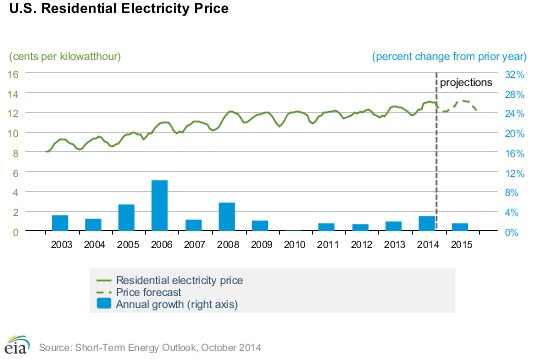 According to the Bureau of Labor Statistics, Americans in the lowest 20th percentile for income spend far more on utility bills than do those in the top 20th income percentile. 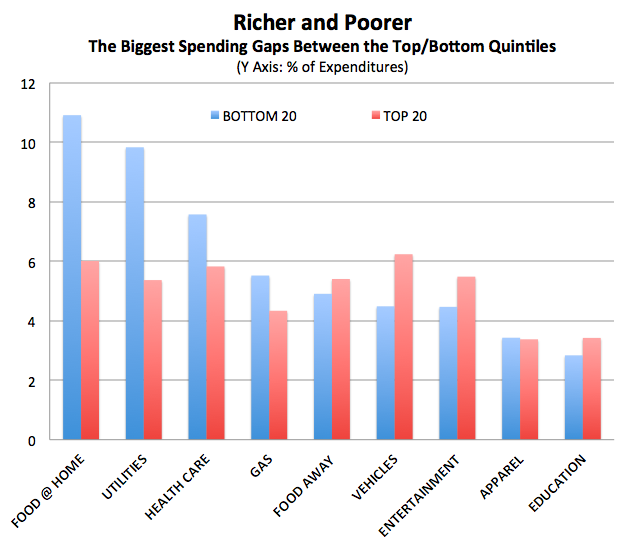 Changing power sources from coal to clean energy (with solar or wind as best examples) would not only help bring down public health, climate damage, and social costs. They could also help low-income families save money on energy. Right now, it can be pretty expensive to install solar in your home, but those costs are dropping rapidly. As those costs drop, the coal-based utilities get less revenue.

Which leads us to the second point: Right now, utility companies want to raise electricity charges — for the “fixed costs” of the grid, for everybody to make up for revenues they say they’re losing to rooftop solar. In Wisconsin, for example, the investor-owned utility Wisconsin Public Service Corp. wants to hike monthly fees from $10.40 to $25. Tyler Huebner, executive director of the pro-solar nonprofit RENEW Wisconsin, calls it a “Robin Hood-in-reverse pricing model” that “would unfairly raise bills for customers who use relatively little electricity over a year, including apartment dwellers, people on fixed incomes, and seasonal businesses.”

Many other states are proposing similar hikes, nudged along by lobbying groups like Edison and ALEC. It’s not just the usual utility suspects behind this, either. As the Institute for Local Self-Reliance recently reported, the world’s wealthiest family, the Walmart-owning Waltons, has been financing campaigns against rooftop solar through their family foundation. Reads the report, “Since 2010, the Waltons have donated $4.5 million to more than 20 organizations, including the American Legislative Exchange Council (ALEC), Americans for Prosperity, and the American Enterprise Institute, which are leading the state campaigns against clean energy.”

And some of these anti-solar campaigns haven’t been playing fair. The Houston-based Consumer Energy Alliance got busted last week for supplying Wisconsin’s public utility commission with phony signatures purporting to support raising electricity rates. One of those phony names happened to belong to the husband of a Democrat state representative who told a local outlet “there’s no way in hell” he supports the hikes.

Utilities are sinking to such lows because they know that the real financial blow from solar net metering policies will be delivered to utility shareholders, not ratepayers. The Lawrence Berkeley National Lab just released a report that substantiates this:

There are ways utility companies can get around this — by investing in solar themselves, or by changing the current rate structure, for example. But what’s at stake are the profits of coal companies, those who invest in coal, and the utilities that depend on coal. Coal. Coal. Coal.

As my homey David Roberts pointed out last week, all this frick and frack about net metering is really a distraction. There are other ways that Gibbons and other black public officials could be talking about the existing burdens that coal utilities have placed on poor, black families, but instead they are choosing to parrot the concerns of coal.

Read my interview with the executive director of the National Policy Alliance, a coalition that represents hundreds of black lawmakers at every level of government across the nation. When she defers to utility companies on questions of climate justice you can’t help but feel that she and other black policymakers are being used by fossil fuel interests in a legerdemain game on energy supply and demand. With one outstretched hand, the utilities present black officials like Gibbons to argue that solar net metering will harm black communities in the future; meanwhile, they actually bring present harm to those communities by burning coal with their hidden hand.

Whether it’s NBCSL or NPA, these groups all say in their resolutions, op-eds, and reports that they’re in favor of expanding solar and recognize the benefits of clean energy. Well, if we all agree that we need more clean energy, and that the current energy infrastructure is causing pollution and health crises for communities of color, then why aren’t these resolutions focused on expanding the solar market, rather than stamping it out?

Black lawmakers could just as easily be fighting for subsidies and assistance to help low-income households invest in solar. Plenty such projects already exist. A perusal through the work of GRID Alternatives or SolarCity turns up a bunch of examples of programs that help low-income homeowners, renters, and people of all races access solar. Legislators can push for more of this to happen.

Gibbons and the National Black Caucus of State Legislators certainly understand that the law can be used in this way, to balance the playing field. One of the resolutions they adopted at their last legislative conference called for the elimination of food deserts. The caucus resolved to push for policies that “incentivize the establishment of supermarkets and farmers markets … within communities lacking access.”

Why not take the same approach when it comes to healthy energy?

The utility game is getting disrupted by solar innovators. Fossil fuel interests, meanwhile, are standing their ground. They set the game up for their own profit, so of course they don’t want people producing their own energy, messing up the monopoly money.

That much should be no surprise. Of course, Edison is going to push lawmakers to push up prices for clean energy. It’s great to hear that some, at least, are starting to push back.