Thanks to Congress, 2014 will bring uncertainty for the wind industry 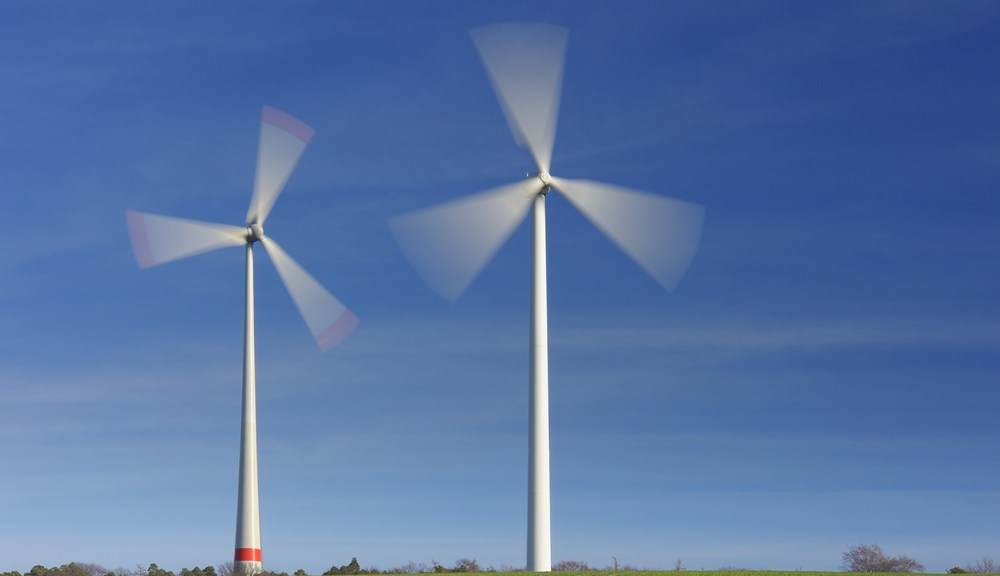 Thanks to Congress, 2014 will bring uncertainty for the wind industry

The U.S. House of Representatives has already gone on vacation back to their districts and the Senate effectively adjourned for 2013 last Friday, meaning that the one-year extension of the Wind Production Tax Credit (PTC) will expire on Jan. 1, 2014.

The PTC is a $0.022 per kilowatt-hour tax credit on the power that new wind farms in the United States generate for the first 10 years of their operation. These farms have to be “under construction” in 2013 to receive the credit, which is different than how it worked over the law’s prior 20-year history.

In January of 2013, with the legislative fix to the “fiscal cliff,” Congress changed this language from “in production” to “under construction” — meaning that there is a lot less a farm has to do to qualify for that tax credit. It does not have to be producing power yet, it merely has to have started physical construction or committed 5 percent of the project’s costs by the end of the year to be eligible for the credit. If that change had not been made at the beginning of 2013, a very small number of wind projects would have actually gotten underway, because it takes 18 to 24 months to develop and manufacture most wind energy projects. If Congress had not changed the language in its extension in January 2013, most investors would not have even tried to get projects under way in less than a year.

With the change, though, the industry kept moving. “There’s a race to the start line as opposed to the finish line this time around,” said Mark Albenze, CEO of Wind Americas at Siemens Energy.

After a slow start to 2013 as investors reacted to the fallout from the legislative language, the industry “picked up steam,” according to Rob Gramlich, senior vice president of public policy for the American Wind Energy Association (AWEA). “Utilities have been signing a record number of Power Purchase Agreements for wind energy, manufacturers have been rehiring and many projects have begun construction,” Gramlich told Climate Progress in a statement. “We continue to see evidence that the Production Tax Credit is an effective tool that is working.” It’s just working, at the moment, in a different and more relaxed way than it did last year or the year before.

Warren Buffet’s utility company MidAmerican Energy Holdings Co. seized on the timing and the fact that wind turbine prices have fallen 26 percent since 2009 and ordered $1 billion of the turbines for projects in Iowa. This 1,050 megawatt-sized order is the largest the company has ever made. Wind is now within 5.5 percent of the cost of coal, and as the trends continue to make wind cheaper and more reliable, it’s also a good investment. Wind is 90 percent cheaper than it was 20 years ago, and 30 percent cheaper than it was three years ago.

Many other wind projects have gotten underway in the second half of 2013. The promise of a tax credit helped fuel this interest. Congressional gridlock has meant little action on extending it. But it isn’t just gridlock that’s prevented this — fossil fuel allies would like to see the credit gone for good.

In November, a multitude of conservative groups, led by the Koch-funded Americans for Prosperity sent a letter to Congress urging them to let the wind PTC expire. The letter said that the wind industry “has very little to show after 20 years of preferential treatment,” ignoring the improvements in manufacture and costs, as well as all the jobs created and carbon pollution saved. Sen. Lamar Alexander (R-TN), Joe Manchin (D-W.Va.), and eight other Republican senators sent a similar letter to Finance Committee Chair Max Baucus calling for the end of the production tax credit for wind power.

Their letter argues that the law as it stands right now is “actually a multi-year ‘phase out’” because wind farms have to be in service by 2016, meaning that the end-of-2013 deadline that has received so much attention is actually not a big deal — after all, 2016 is two years from now. There was a big lobbying and legislative push to get the PTC extended in 2012, and at the end of it all, it was in fact extended.

All forms of energy get government support through tax breaks — the oil and gas industry gets billions, and so does coal — but it’s mainly the renewable, clean energy that has to fight for an extension every year. AWEA’s CEO Tom Kiernan said recently at an Iowa press conference announcing the MidAmerican order, “If Congress were to remove all the subsidies from every energy source, the wind industry can compete on its own.”

Sen. Max Baucus’ proposals to simplify the energy tax code and replace it with a tax credit that values lower greenhouse gas emissions, and eliminate $46 billion in oil and gas tax breaks could be a step on that path.

But until that happens (and that likelihood could shrink with Baucus being tapped to be the ambassador to China), the wind industry, and those in Congress who support investment in renewable energy, would love to see the PTC extended again. “Our industry still faces uncertainty in the medium and long term and needs Congress to address that next year,” AWEA’s policy VP Gramlich told Climate Progress.

Congressional Democrats pushed for a vote to extend, but there was really no legislative fight like the one seen last year.

The main reason for this? There was an extremely minimal chance that the House and the Senate would pass a stand-alone clean energy bill. So these fixes and extensions are usually done as riders, or amendments, to larger bills that need to pass. But Congress didn’t have to pass very much this year, and there was little appetite for attaching tax issues to the things that did. That could change in 2014. “The legislative vehicle could be tax reform, an extenders package, or something else, but ultimately our industry will begin to feel the impacts of uncertainty in 2014,” Gramlich told Climate Progress.

In parts of Texas and the Great Plains, wind prices are competitive with coal and gas without the wind PTC. Still, the industry is expected to contract from 6-10 gigawatts per year to 3-7 gigawatts per year as the projects started in 2013 move through the pipeline.

The question is less if the industry will survive without the credit than if it will thrive. There will still be wind turbines to build and sell to people who want clean, renewable energy. The question is how much of that kind of energy do Americans want? Most polls suggest the answer is a lot.

Providing a tax incentive for clean energy production is a question of values — clean energy, powered by domestic, renewable, free fuel that results in almost no greenhouse gas emissions — or sticking with dirty energy powered by expensive fuel that emits a lot of carbon pollution. Fortunately policy choices like the PTC have helped the cost of the clean kind of energy to drop by 90 percent, but this is not a purely market-driven decision. The necessity of lowering carbon emissions and diversifying the energy grid means that there is external value to investing in energy that doesn’t burn fossil fuels.