The billionaire boys' club: How college students and Wall Street are thinking alike 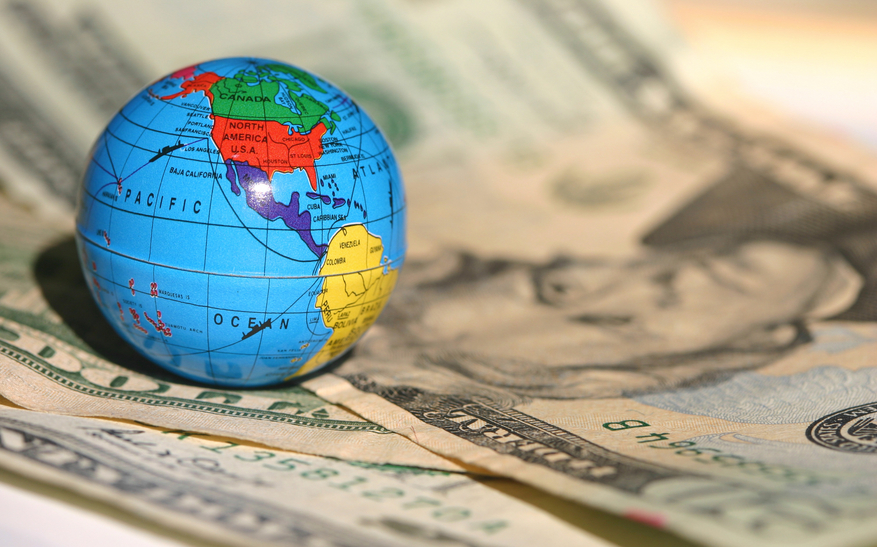 The billionaire boys’ club: How college students and Wall Street are thinking alike

A year ago, Unity College in Maine became the first school to divest from the energy companies whose bottom line depends on digging up and burning enough coal, gas, and oil to make climate change even worse.

“The campaign has some serious potential,” wrote Grist back then, “but we shouldn’t expect a social movement to coalesce and achieve results in just a couple months — we’ll only be disappointed when it doesn’t.” The article went on to quote Angus Johnson, an assistant professor at the City University of New York and a historian of student organizing. “If you actually take the apartheid example seriously,” said Johnston, “it’ll be a PR war for the next 20, 30 years.”

A year after the campus divestment movement took off, seven colleges have pledged to divest, as well as 18 churches, 22 cities, and a few major environmental nonprofits, like the Sierra Club. In keeping with Johnston’s remarks about dueling PR statements, the carbon divestment group Fossil Free sent out a public letter yesterday from student groups at Harvard, Brown, Middlebury, and several other universities with especially large investment portfolios, pledging to be even more in their administrations’ faces in the year 2014, despite the statements those universities have made over the past year about the impracticality of divestment.

Colleges are institutions well accustomed to deflecting youthful idealism. Students graduate every four years, after all, and administrators don’t. But something interesting is happening with the divestment movement. While college administrations are rejecting the protesters’ arguments, one significant external group is paying heed — only its address is on Wall Street, not Ivy Lane. Specifically, three powerful individuals who are capable of commanding attention have begun, in different ways, to make loud noises about the climate: hedge fund founder and billionaire Tom Steyer, former U.S. Treasury Secretary and chair of Goldman Sachs Hank Paulson, and financial media mogul and outgoing New York Mayor Michael Bloomberg.

The watershed year was 2012. The Unburnable Carbon report, which provided much of the data used by the divestment movement, was published in March of that year, by a group of financial researchers and scientists with a long history in the field of socially responsible investing. In essence, Unburnable Carbon argued that energy companies, which have a reputation as one of the most reliable performers on the stock market, had secured so much oil, gas, and coal around the world that they were grossly overvalued. They would never be able to sell all of it. Either regulations would stop them from doing so, or the environmental problems caused by burning their reserves would wreak massive and unpredictable havoc on other segments of the financial markets. The report suggested that it would behoove energy companies to stop using their investors’ money to look for new oil and coal deposits, lest they make their situation even more financially precarious.

The report began to circulate. That August, Tom Steyer was at a dinner at the U.S. Treasury and mentioned that he suspected that it was greenhouse gas emissions, rather than China’s economic slowdown or Federal Reserve policy, that would have the most effect on the U.S. economy in the future. “It’s like I was saying that what’s going to make a difference in the economy is unicorns,” Steyer said later.

The next few months would see both the birth of the student divestment movement and Hurricane Sandy. By December of that year, Steyer had ended his 26-year career as a hedge-fund manager and set out to make the case that dealing with climate change made much more financial sense than continuing to ignore it.

Meanwhile, Michael Bloomberg spent the last year of his term dealing with the aftereffects of Hurricane Sandy, which had caused the city an estimated $19 billion in damages, much of it in waterfront areas that he had earlier pushed to have rezoned for high-density residential and transit development. This summer, during the last months of his administration, Bloomberg laid out a $20 billion plan to construct retractable flood walls, maintain wetlands, and otherwise modify the landscape of New York in order to protect it from storms like Hurricane Sandy “Whether you believe climate change is real or not is beside the point,” Bloomberg said when he announced the plan. “The bottom line is, we can’t run the risk.”

In late November, Bloomberg’s company announced that it had added a Carbon Risk Valuation Tool (CRVT) to its $24,000-a-year Bloomberg Professional service. The tool would allow investors, for the first time in Bloomberg’s history, to calculate how different carbon regulation scenarios could affect the earnings and share prices of their investment portfolios. The move was inspired, Bloomberg’s head of Sustainability Projects said, by the Unburnable Carbon report.

It was also inspired, according to the white paper which accompanied the rollout of the CRVT, by:

[A] fossil fuel divestment campaign that has been remarkably successful at gaining traction within a short period of time. On the back of this campaign and the emergent stranded assets agenda, Storebrand — a major Norwegian and Swedish pension fund with $74bn of assets — decided to divest from all its coal investments in July 2013. This was one of the first large investors to reduce portfolio exposure to fossil fuel assets as a result of concerns over stranded assets. Others are likely to follow.

Investors that were interested in doing this kind of risk analysis before were forced to do it either in-house or by hiring consultants to make a custom analysis for them. Now, anyone with access to a Bloomberg Professional terminal can use Bloomberg’s data on energy company reserves, exploration, and production costs in conjunction with different risk scenarios to determine at what point a company might want to stop searching for more energy reserves and instead pay the money it would have spent on exploration back to its investors.

Earlier this month, a report by the environmental data company CDP revealed that large companies were already beginning to factor carbon taxes into their future cost projections, though they all had their own guesses as to what it would be. ExxonMobil was assuming it would have to pay a tax of $60 per metric ton of carbon released into the atmosphere by the year 2030. BP and Royal Dutch Shell were estimating $40 per metric ton. Google was thinking more like $14 per ton, based upon auction prices in California’s cap-and-trade plan. Walmart said that it had a price, but that it was a secret.

This is not without precedent. Over the last few decades, the fields of environmentalism and economics have had a passionate, sometimes eccentric affair. Ecosystem services, as its called, has sought to quantify the dollar value that an intact ecosystem gives, usually with the hope that it will be higher than the dollar value of breaking that ecosystem into parts and selling them off to the highest bidder. The field has had some successes, like the discovery that it’s cheaper to keep New York City’s watershed clean than to build a new water filtration plant. It has also, at times, taken on a strange, Borgesian quality — as though, if a person could just find the right formula, the dollar value of each butterfly in a meadow could be quantified.

Steyer, Bloomberg, and Paulsen have announced an agreement to fund and co-chair an incredibly complex study of their own. It will attempt to calculate, region by region, how much economic risk American industries and communities face from a the changes in weather and natural disasters brought on by climate change. It will be called Risky Business, and it’s expected to be finished a year from now.