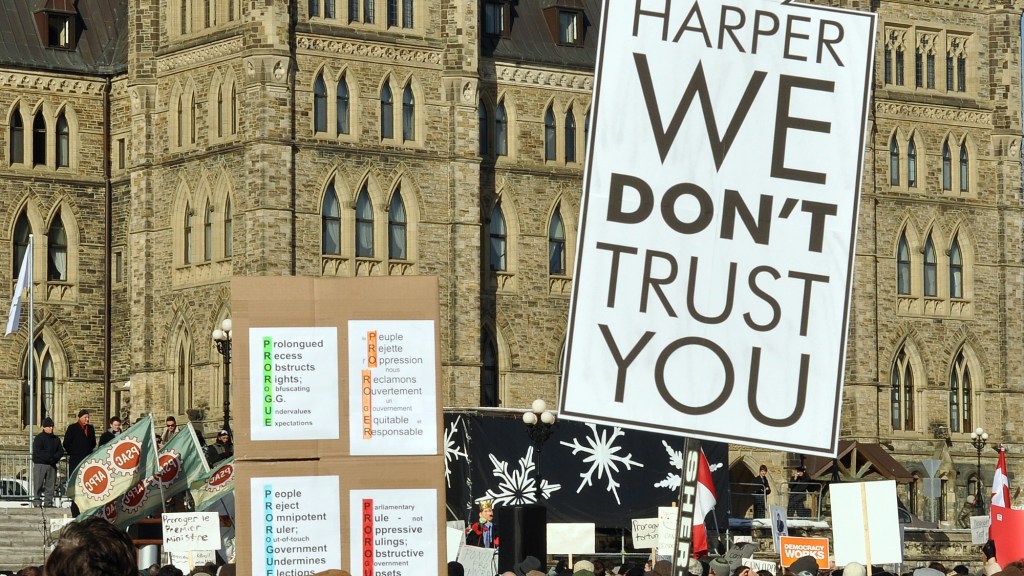 “The government of Canada takes climate change seriously, and recognizes the scientific findings that conclude that human activities are mostly responsible for this change.”

Canada’s environment minister came close to uttering that fairly ho-hum sentence in September — part of the government’s brief public response to the latest alarming report from the Intergovernmental Panel on Climate Change.

But, in the end, the sentence was never said.

Postmedia News used open-government laws to obtain the statement that had been drafted for the minister, Leona Aglukkaq, by her department. She ultimately omitted that sentence, opting instead to attack opposition parties.

“Unlike the previous Liberal government, under whose watch greenhouse gas emissions rose by almost 30 per cent, or the NDP, who want a $21 billion carbon tax, our Government is actually reducing greenhouse gases and standing up for Canadian jobs,” Aglukkaq said in her Sept. 27 statement.

Postmedia News asked the department why the minister dropped the sentence from her statement. Here was the department’s response:

“Our government absolutely takes climate change seriously and our actions and results demonstrate this,” wrote Aglukkaq’s spokeswoman Amanda Gordon in an email. “Since we have formed government, Canada’s projected carbon emissions have gone down by close to 130 megatons over what they would have been under the previous government. The statement highlights the important actions of our government so all Canadians can be aware of the work we have undertaken to protect the environment.” …

Green Party leader Elizabeth May said she found [the omission] “shocking” since she believed the recommended messages from Environment Canada were “banal” and not even as strong as the language from the IPCC report.

“It was watered down politically, and it’s further indication that [Prime Minister] Stephen Harper and his cabinet simply don’t understand that the climate crisis is a huge threat to Canada, to our kids, to our economy and we’re running out of time,” said May. “Stephen Harper doesn’t want to actually do anything that by his (opinion) impedes the oil and gas industry.”

Indeed, Harper has been doing all he can to help his country’s tar-sands oil industry, including dropping out of the Kyoto Protocol. Now Canada’s response to climate change is considered to be among the worst in the world.