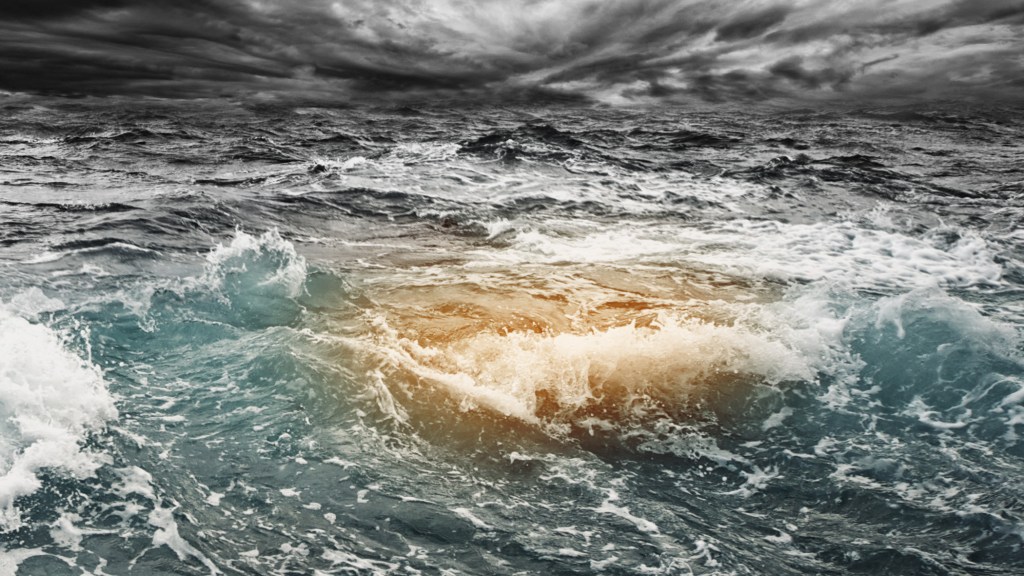 It’s conservatives’ favorite science-denying talking point: that global warming has slowed down, or even stopped altogether, over the last 15 years. It’s bogus, of course. Read Chris Mooney’s great feature for a full breakdown of how the myth has been spread. (Among other dishonest shenanigans, conservatives are using 1998 as their baseline because it was an unusually warm year due to El Niño.)

But there is a grain of truth to it: Average global surface-air temperatures have been rising at a slower rate than some climate scientists projected. A reason, as a new study published in Science on Thursday helps demonstrate, is that the oceans have been absorbing much of the heat.

What the new paper — “Pacific Ocean Heat Content During the Past 10,000 Years” — shows is that the recent oceanic warming is happening at a historically unprecedented rate. The study was authored by three researchers: Braddock Lindsay, a geoscience researcher at Columbia University; Delia Oppo, a climate scientist at Woods Hole Oceanographic Institution; and Yair Rosenthal, a geologist at Rutgers.

The team collected samples of mud from the ocean floor near Indonesia. Hyalinea Balthica, a one-cell organism, has a shell that is made in equilibrium with the water temperatures, and after it dies the shells stay in the mud. “The fossils allow us to reconstruct what was going on in the ocean over time,” says Lindsay. The ratio of magnesium to calcium in the shells correlates to the temperature: the more magnesium, the higher the temperature. Hyalinea Balthica lives in the mid-ocean, so even though the samples come from the ocean floor, the measurement is of the historical mid-ocean temperatures, from about 1,500 to 3,000 feet down.

This allows scientists to measure oceanic temperatures over thousands of years. What they find is that there was a warm period between 10,000 and 8,000 years ago, then a longer period of lower temperatures, and a rise of about 0.5 degrees Celsius that started sometime between 1,600 and 1,800. So that’s a half-degree increase over the last 200 to 400 years. While the amount of change is not greater than some historical variations, the rate of change is unnaturally fast. “That rate of change in ocean heat content is 15 times greater now than it’s been in the last 7,000 or 8,000 years,” notes Lindsay.

Here’s how it works: At mid and high latitudes, surface water heats up due to atmospheric warming, then it sinks. Over decades these warmer waters will also work their way toward the Equator. “Our [samples] are only from Indonesia in a place where intermediate water from both the North and South Pacific flows into the Indian Ocean,” says Lindsay, “so it’s an especially good place to measure these developments.”

The paper did not address the potential adverse effects on marine life from rapid ocean warming. Lindsay warns: “We’re running this huge experiment [on the oceans] and there might be downstream consequences we don’t appreciate right now.”

Correction: This post originally stated that warmer water sinks because it’s denser, which is incorrect.