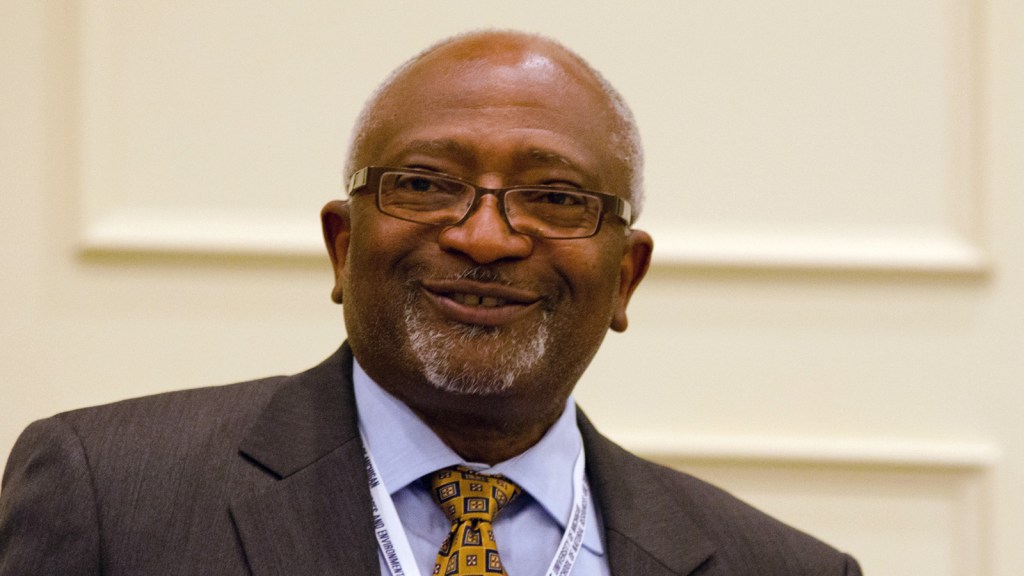 Next week starts the fourth annual SXSW Eco, where attendees will be treated to a healthy dose of environmental justice rap from the Grand Poobah of the field, Robert Bullard. In his keynote opener for the eco-geek conference, he will be making a special appeal for addressing environmental inequities in the South, where he lives and works as dean of the public affairs school at Texas Southern University in Houston. It’s also where he’s spent several decades drawing out the constellation of discrimination and disparities affecting people of color historically when it comes to land use, pollution, housing, farming, labor, transportation, healthcare, and disaster response.

Bullard will be presenting a view of that dark system in his speech titled “Climate Change and Vulnerability: Why a Southern Region Climate and Community Resilience Initiative is Needed,” where he’ll make the case for a targeted economic stimulus for the former Confederate states. This is the message he took to the People’s Climate March, and it’s one that he’ll be continuing to spread as the nation debates what the best strategies are for protecting the public against climate disasters.

Can’t make it to Austin for this speech? I got you. I spoke with Bullard on the phone about his upcoming SXSW keynote, but also his takeaway thoughts from the People’s Climate March, diversity among environmentalists, and what people mean when they say “climate justice.”

Q. Why should the SXSW crowd pay attention to the problems of environmental injustice in the South?

The southern United States is uniquely different than the other regions because of its history, and that difference plays out in the policies of those states. They don’t call it Dixie for nothing. This is the region of slavery and Jim Crow laws. It’s the region that birthed the civil rights and environmental justice movements. So my talk at SXSW is about a simple question: Will the government response to climate change disaster be fair and just, based on what has transpired over the past eight decades?

If you want to know if the government response to major climate vulnerability will be fair, ask black farmers how the USDA has treated them, ask black school teachers in New Orleans if they were treated fairly after Katrina. Ask black homeowners in New Orleans who were cheated by the Road Home program to see how discrimination permeated that program. Ask black fishermen how they were treated after the oil spill. Ask black doctors about the slowness of bringing hospitals back after the disasters making it hard for them to move back. Ask the residents of public housing how different they think the government response would be if there was a major catastrophe today.

And the answer will be clear: There is nothing is in the data that shows there will be fair treatment. For me, it’s an easy message to deliver. The hard part is for people to understand how it might connect to what they’re doing or pushing within their own programs.

Q. You took that message to the People’s Climate March and the diversity there seemed to indicate that it’s starting to take hold. What did you think?

A. A lot of attention has been paid recently to the lack of diversity in the environmental movement, and that’s very important. But more importantly for many of us is that we diversify the funding of climate justice and environmental justice organizations. If we’re not careful, then we’ll end up diversifying the mainstream green groups and not change the empowerment model for people of color. Meaning, we’ll get a few more people of color working at green groups and sitting on their boards, but that won’t change the flow of resources.

So, today, after those 400,000 or so marched in New York, we also need their support to say we need our environmental justice organizations funded in ways that’s commensurate with the work they do and the level of vulnerability seen among our communities. We are waiting to see that happen. Some groups have indicated that this is a legitimate demand. They understand it means we will have to share the funding and build collaborations so that we can do the work we know can be done.

That half-million that got to New York, it didn’t happen just because some group said there are supposed to be a lot of people there. It happened because a lot of our groups said we will get there no matter what. So for people to get on the bus for a 24-hour ride and then come back for another day-long ride, that takes commitment. We want something concrete to come out of this, in the form of resources channeled to our communities.

Q. Could you explain what climate justice means, with respect to environmental justice? I get the sense sometimes that when “climate justice” is used by various people that they’re all not always talking about the same thing.

A. The whole idea is that environmental justice and climate justice both deal with equity, inequality, and the legacy issues of discrimination. There can be no true climate justice without acknowledging these inequalities. For some individuals involved in the climate justice movement, it was a bit tough for them to swallow when we brought up the issue of racism. They didn’t accept that we couldn’t be talking about climate change and only dealing with carbon dioxide emissions and not deal with these other issues like co-pollutants.

When the climate bill first came up, people didn’t want to talk about stuff like public health, the health of our children, asthma, and the health of our communities. So it took from that time to this time to get our allies on board to make health a centerpiece of climate policy and to make sure that if we address coal plants that we’re not just dealing with carbon dioxide, but other pollutants killing our kids right now. We got some of our allies on board with this, now but some are still reluctant to talk about the funding. So, if anyone is talking about climate justice, but not about empowering front-line communities who’ve been dealing with these problems for decades then, that’s not the climate justice we’re talking about.

Q. A lot of people talk today about how poor people and people of color will be the hardest hit by climate change, but do you find many of your allies expressing the same concern about how these same populations are already the hardest hit when it comes to many other problems today?

A. You’re talking about legacy issues versus those things projected to happen in the future. You talk about problems happening right now, that’s right in front of your face, and you find people who can’t believe these things exist. But talk about those [people] hit the first, worst, and hardest by climate change, and they’ll embrace that, because that’s the future. It’s easier to talk about something in the future because that means you don’t have to commit to working with those who are being impacted right now.

These may be legacy issues from the past, but they are creating problems right now. And if we don’t address that we’ll still have inequalities. Which is why we need to focus on the South. It is more vulnerable than any other region. It has the most natural disasters. So when talking about vulnerability to climate change, and to major weather events, droughts, flooding, sea level rise, you have to then add the social vulnerabilities in.

There’s resistance to equal protection under the law with voting in the South. You have the highest concentration of uninsured people in the South. It’s the worst place to be sick, to raise a child, to go to school. We have to address the major disruptions caused by climate change and the major disruptions in terms of the political atmosphere, of trying to take away peoples political rights and not giving them access to quality healthcare. The South is solidly anti-Obamacare, anti-expanding Medicaid, and so it’s very vulnerable. Because of these vulnerabilities, there needs to be a special initiative focused on the South, funded by foundations and government entities, to deal with these special unique issues in the region. So that will be my message to this group, that though we have made a lot of progress in this area, there’s still a lot that is impeding the progress of this region.

If you do make it to Austin, you can catch Bullard’s keynote Monday, October 6 at 9:00 a.m. at the Austin Convention Center.