Thousands of birds are igniting mid-air. What's solar got to do with it? 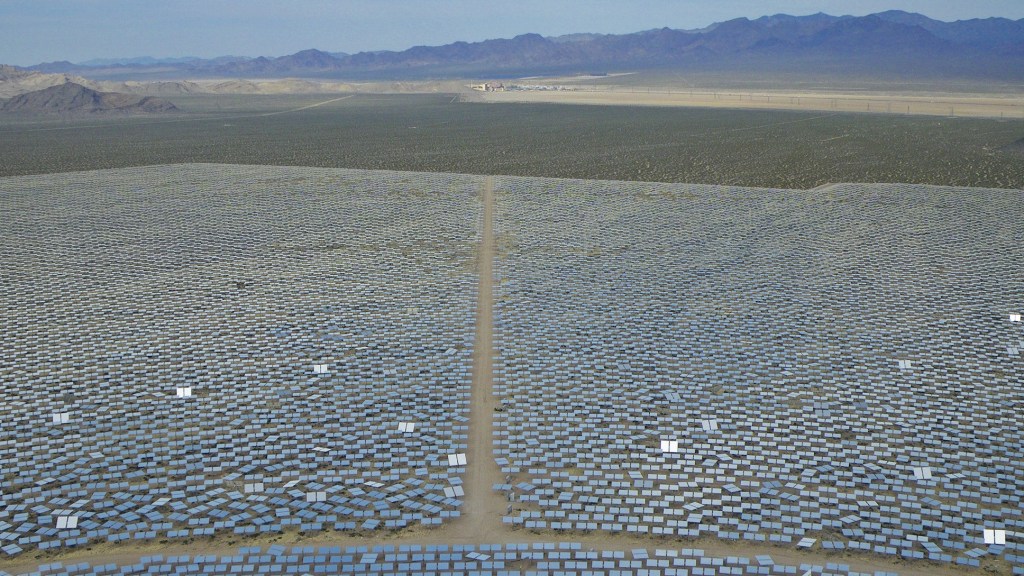 Thousands of birds are igniting mid-air. What’s solar got to do with it?

At the $2.2 billion Ivanpah solar installation in California’s Mojave Desert, telltale plumes of smoke curl above the plant’s hyper-concentrated rays. According to federal wildlife officials, these smoke bombs are too big to be caused by insects or bits of trash. Nope — they’re the result of unlucky birds that actually ignite in mid-air.

Federal wildlife investigators who checked out the solar thermal plant last year report seeing about one singed bird every two minutes. Now, they’re calling on California officials to halt progress on a similar project until there can be further study of Ivanpah’s avian impact. (And its track record with tortoises isn’t that great, either.) So far, the results don’t look pretty: Current bird death toll estimates run as high as 28,000 a year.

More than 300,000 mirrors, each the size of a garage door, reflect solar rays onto three boiler towers each looming up to 40 stories high. The water inside is heated to produce steam, which turns turbines that generate enough electricity for 140,000 homes. …

U.S. Fish and Wildlife Service officials warned California this month that the power-tower style of solar technology holds “the highest lethality potential” of the many solar projects burgeoning in the deserts of California.

The commission’s staff estimates the proposed new tower would be almost four times as dangerous to birds as the Ivanpah plant. The agency is expected to decide this autumn on the proposal.

We’ve heard a lot about how wind farms impact birds — in some cases so dramatically that huge projects can get stopped in their tracks. Et tu, solar array?