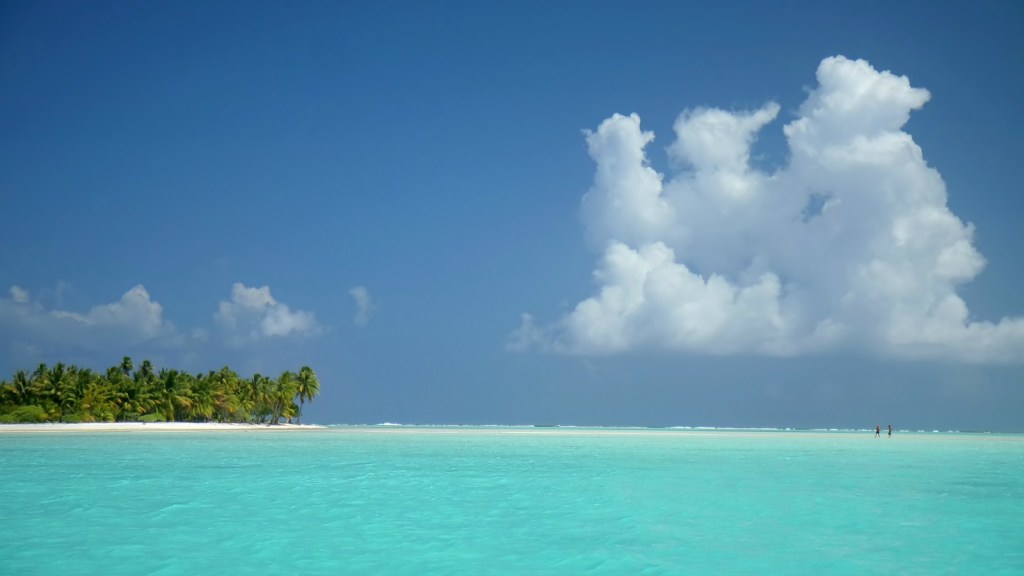 In what can only be a sign that scientists have finally lost their minds in the face of climate change, a group of researchers have just declared that islands are “computationally disenfranchised” freckles that a blind pig couldn’t find. If you just went, “Huh?” you’re definitely not alone.

We have Kris Karnauskas of the University of Colorado Boulder to thank for this fairly baffling description. Translation: Global climate models are too big to take into consideration small island nations like the Maldives or French Polynesia, so instead, they just blend the tiny nations into the sea, which is a big problem for the more than 60 million inhabitants of these disenfranchised freckles as they don’t get a clear picture of how climate change will affect them.

But according to a new study published in Nature Climate Change, up to 73 percent of these island groups — home to about 16 million people — will be facing increasingly dry conditions by mid-century.

Let’s acknowledge the great, cruel irony at work here: The residents of small island nations have effectively done nothing to cause climate change, certainly compared to those of us in the affluent developed world, and yet they’re the ones facing the most imminent and existential threat due to sea level rise. If global climate models can’t even account for them, that seems … wrong?

So to remedy this, Karnauskas, a professor of atmospheric and oceanic sciences and lead author on the new study, and his colleagues decided to use the precipitation changes predicted by the big global models to, in turn, predict how the aridity (dryness) of these smaller islands will change in the coming decades — something they could do because the climate over an island is basically the same as it is over the surrounding sea, which explains why a blind pig flying overhead wouldn’t be able to detect the island. (The climate researchers call this failure to differentiate between land and sea a “successful blind pig test.”)

And they found that while there were seasonal variations in dryness on the islands, a clear trend toward aridity was slated for a majority of the territories. Among those facing the worst of it are the Juan Fernandez ‘Robinson Crusoe’ Islands, Easter Island, and French Polynesia.

“Islands are already dealing with sea level rise,” Karnauskas said in a press release, “But this shows that any rainwater they have is also vulnerable. The atmosphere is getting thirstier, and would like more of that freshwater back.”

So even if our big fancy models can’t detect it, the story unfolding over the world’s oceans is more complicated than we thought: Freckles are vanishing, the atmosphere is getting thirsty, pigs are flying — and of course, when that starts to happen, all bets are off.