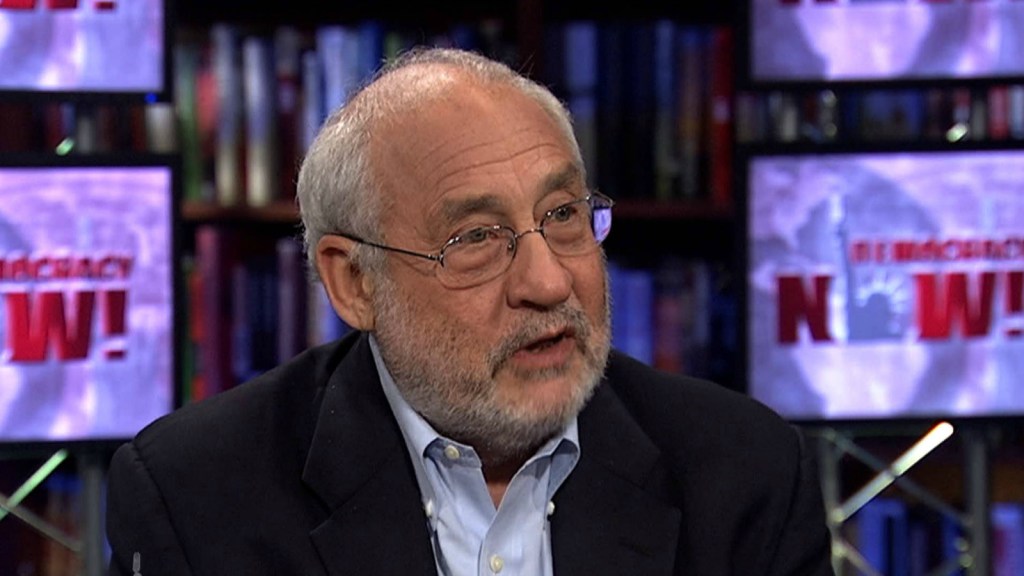 As a general rule, climate hawks are not jumping for joy over the Trans-Pacific Partnership (TPP), a new trade deal between the U.S. and some Asian and Pacific nations. On Tuesday, in an interview with Democracy Now!, Nobel economics laureate Joseph Stiglitz gave them another reason to worry: He argued that certain provisions in the TPP would allow polluters to sue governments for setting carbon emission limits.

“This is a trade agreement that has all kinds of provisions intended to restrict regulations,” Stiglitz told Democracy Now!’s Amy Goodman.

As an example of the absurdity of these types of provisions, Stiglitz cited Philip Morris suing Uruguay in 2010 under a different treaty. Uruguay had implemented a regulation that required tobacco companies to append health warnings to cigarette cartons  — similar to what we have in the United States — and Philip Morris sued the country for a loss in expected profits. “In other words,” Stiglitz said, “the view is, they have the right to kill people, and if you want to take away that right, you have to pay them not to kill.”

The Columbia University economist warned that the TPP could spur similar litigation over climate regulations. “We know we’re going to need regulations to restrict the emissions of carbon,” argued Stiglitz. “But under these provisions, corporations can sue the government, including the American government, by the way, so all the governments in the TPP can be sued for the loss of profits as a result of the regulations that restrict their ability to emit carbon emissions that lead to global warming.”

Writing for Project Syndicate earlier this month, Stiglitz explained that corporate interests argue these types of provisions are “necessary to protect property rights where the rule of law and credible courts are lacking.” But he calls that argument “nonsense,” especially in the case of regulations formulated to target industries whose “profits are made from causing public harm.”