Paul Ryan, incoming House speaker, is a right-wing extremist who wants to screw over the climate - Grist 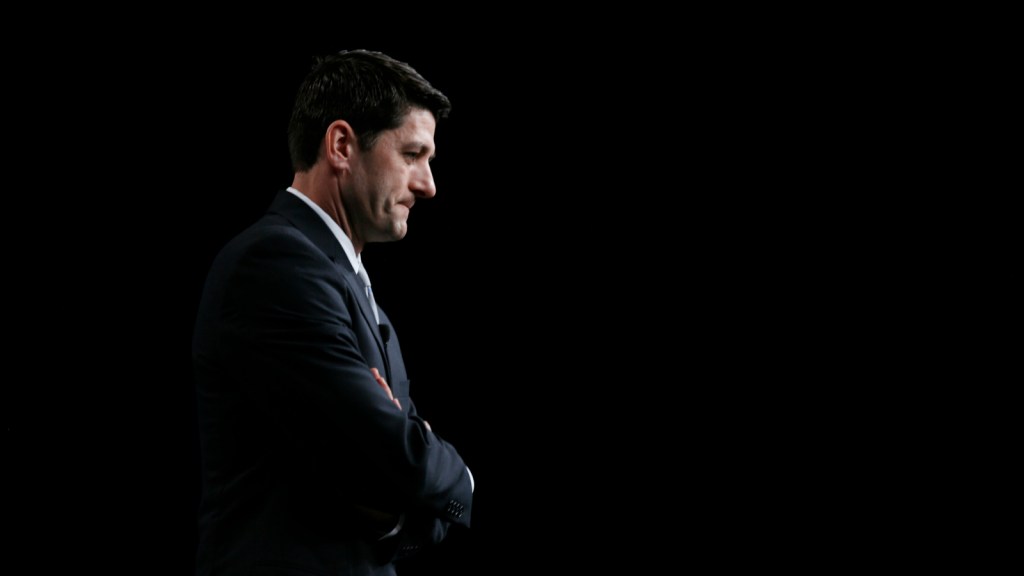 Paul Ryan, incoming House speaker, is a right-wing extremist who wants to screw over the climate

If you read even a few of the many articles about how Rep. Paul Ryan (R-Wis.), the incoming speaker of the House, faces implacable opposition from the far right of the Republican caucus, you might get the impression that Ryan is a moderate. Last week, National Journal reported that moderate House Republicans demanded Ryan be made speaker or else they would quit, while The Huffington Post reported that conservatives were “not sold” on Ryan. After appealing directly to the far-right “Freedom Caucus,” Ryan managed to win over most of them, but not enough for an outright endorsement.

Now the political chatter has shifted to how Ryan can manage this unruly bunch of zealots. “Some House Republicans are threatening that they won’t raise the debt ceiling unless Democrats in Congress and the White House agree to massive cuts in key social programs, including Social Security, Medicare and Medicaid,” writes political scientist Julian Zelizer on CNN.com. “There is little doubt that the party’s right wing will be causing problems in the near future.”

That’s all true, but it doesn’t mean that Ryan is a moderate. Rather, he too is a right-wing extremist.

As Adele Stan argues in The American Prospect, “were Ryan to win the speaker’s gavel, the Koch brothers’ control of Congress will be virtually complete.” Ryan is totally on board with the Kochs’ agenda of preventing climate action, rolling back environmental, labor, and public health regulation, slashing social spending, and handing out huge tax breaks to the rich.

Ryan does not accept the scientific consensus on climate change, and he has voted to revoke the EPA’s authority to regulate greenhouse gases. Despite claims on his website that he is an “avid outdoorsman” who cares about conservation, he has repeatedly opposed efforts to protect the environment. He has voted against increased funding for Amtrak and against incentives for developing renewable energy. But don’t mistake Ryan for any sort of consistent small-government advocate: He has also voted against removing federal subsidies for oil and gas development.

“He is your typical, run-of-the-mill, extremely conservative guy who hews to the party line on drilling, fracking, coal and no more funding for renewables,” R.L. Miller, founder of the Climate Hawks Vote super PAC, told InsideClimate News.

Ryan gained wide admiration in his caucus for his work drafting budget outlines, though none of them came close to being implemented. In 2010, he laid out a budget vision of extreme austerity, a shredded social safety net, and regressive tax cuts. As the Center on Budget and Policy Priorities found, it “provides [the] largest tax cuts in history for [the] wealthy, raises middle class taxes, ends guaranteed Medicare, [and] privatizes Social Security.” It would also eliminate health insurance for low-income children, severely cut Medicaid, and raise revenue by selling off federal land. Ryan was praised by centrist pundits for this plan — The Economist called it “a brave vision” — because centrist pundits make a fetish of “new ideas,” even if the ideas are terrible.

From 2011 to 2014, Ryan chaired the House Budget Committee, and during each of those years, he proposed a budget following this vision. Here’s how The New York Times described his last one in 2014:

Mr. Ryan … laid out a budget plan that cuts $5 trillion in spending over the next decade. He said it would bring federal spending and taxes into balance by 2024, through steep cuts to Medicaid and food stamps, and the total repeal of the Affordable Care Act just as millions are reaping the benefits of the law.

Defense spending would increase. Domestic programs would be reduced to the lowest levels since modern government accounting. And Medicare would be converted into a “premium support” system, where people 65 and older could buy private insurance with federal subsidies instead of government-paid health care.

Some of those budget cuts would have fallen hard on environmental programs: spending for parks and public lands would have been cut, and the Obama administration’s clean technology and strategic climate funds, which assist foreign energy-efficiency efforts, would have been eliminated. Ryan’s budget would also have rolled back environmental regulations such as the EPA’s Clean Power Plan, forced approval of the Keystone XL pipeline, and kept subsidies for oil and gas even as it cut money for mass transit.

Under Ryan’s vision, our shift away from relying on fossil fuels and cars would be impeded, our air and water quality worsened, and our ability to build affordable, transit-oriented housing nonexistent.

Of course, if Congress really moved to implement Paul’s budget plan, members would face extreme pressure from angry constituents, so instead of sticking with unpopular drastic cuts to social spending, they might be inclined to restore some discretionary spending and raise the value of Medicare vouchers. The result would be that some programs, probably the ones that the least powerful constituencies rely on, would be dramatically cut, while the really big-ticket items that benefit Republican-leaning elderly middle-class voters wouldn’t. Farmers would get their subsidies but the poor wouldn’t get food stamps. Rural white areas would get their clean water loan guarantees but urban brownfields wouldn’t get funds to clean the toxins from their soil. We’d get more poverty, more inequality, more environmental injustice, and more deficit spending.

Ryan did not arrive at these proposals through an open-minded inquiry into how to create a more just society or even merely how to balance budgets. As Stan notes, “In 2005, at a meeting of an Ayn Rand fan club known as the Atlas Society, Ryan voiced his contempt for Social Security, decrying it as a ‘collectivist system.’” He is an ideologue, a devotee of far-right libertarian social ideology combined with right-wing religious opposition to gender equality. He opposes paycheck fairness legislation to prevent economic discrimination against women, civil rights for gays, paid family leave, and reproductive freedom for women.

It wasn’t too long ago that Ryan’s vision of scrapping the social contract represented the right-wing pole of the national political debate. In 2011, former House Speaker Newt Gingrich — himself an intense partisan — accurately observed that Ryan’s budget vision amounted to “right-wing social engineering.” But the plan had become so popular among conservatives that Gingrich was forced to apologize for that comment. When congressional Republicans proposed a budget this year, they kept many of Ryan’s ideas even though he was no longer chair of the Budget Committee.

One might argue, as Gingrich initially did, that undoing the most popular existing government programs is not actually conservative in the old-fashioned sense of cautious or careful. It is immoderate and reactionary.

Ryan has suckered the media — and apparently the supposed “moderate” flank of his own Republican caucus — with an aw-shucks, regular-guy-from-the-Midwest act. In fact, he is a scion of a wealthy family who has spent his whole career working to lower their taxes on the backs of the poor. During his 2012 vice presidential campaign, in a moment that perfectly encapsulated Ryan-ism in all its dishonesty, he barged into a soup kitchen and pretended to volunteer cleaning pots and pans for the cameras, to demonstrate that somehow private charity could replace the welfare programs he would destroy. He’s not a moderate, he just plays one on TV.