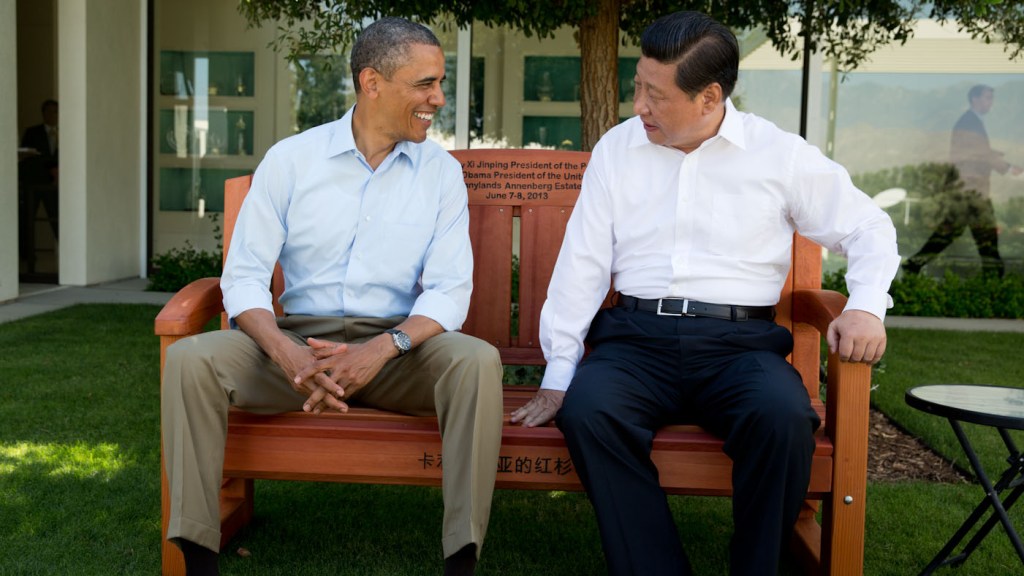 Tuesday marks the launch of the U.S.–China Climate Leaders Summit, a two-day bilateral meeting that will recognize and cement the climate contributions of American and Chinese states, municipalities, and companies. The summit follows November’s agreement between the world’s two largest polluters: a deal that could turn the U.S.–China climate game from finger-pointing to one-upmanship.

Among other steps, the Climate Leaders Summit promises to deliver a declaration signed by a slew of American and Chinese cities and states that will commit the signatories to “ambitious, verifiable” climate actions, according to a White House fact sheet. Subnational and non-state actors are becoming increasingly important in the fight against climate change, especially as climate hawks urge faster progress in what can be a “painfully slow” diplomatic approach to the problem. While the traditional solution to anthropogenic global warming is often conceptualized along these lines — that is, as a multilateral Holy Grail for legally compelling governments to reduce greenhouse gas emissions in an equitable, planet-saving manner — international agreements are hard to strike, and meanwhile, plenty of local governments and private sector players are already pulling their climatic weight.

For its part, China is expected to announce peak emission dates for several heavily polluting cities, including Beijing and Guangzhou. In particular, these cities have declared they will reach an emissions crest “by the end of or around 2020,” reports the White House. While China recently told the U.N. it would endeavor to reach a maximum rate for its national carbon emissions by 2030, it’s easy to feel a twinge of skepticism toward this claim. (The country is, after all, the largest emitter in the world, and economic slowdown — not that six or seven percent growth is particularly slow! — is perhaps cause for quick and dirty solutions.) If China does indeed peak its Beijing emissions in five years, however, the nationwide 2030 number is a lot more credible.

Other expected announcements include Chinese carbon-market training programs, smart-grid pilot projects in Wuhan, the design and construction of a version of Berkeley’s building-energy simulator in China, and expanded clean-energy trade initiatives between Los Angeles, Guangdong, and Shenzhen. Additional U.S. declarations include Seattle’s commitment to complete carbon neutrality by 2050 and California’s commitment to an 80–90 percent cut of 1990 emission levels by the same year. Given that the California state legislature just voted to not actually do that, though, some of the announcements can still rub as a bit more aspirational than genuine.

But subnational action does add up quickly: July summits in Lyon and Toronto brought forth joint commitments between 20 state and regional governments representing 220 million people and over $8 trillion in GDP. “And since these Summits we’ve got double that amount of governments coming forward with climate commitments,” said Libby Ferguson, States & Regions Director for The Climate Group, an international clean technology and climate policy advocacy group, in a video interview. Serious climate action on behalf of cities could save up to $17 trillion globally by 2050, according to a recent report.

The Obama administration’s recent push on climate contributions notwithstanding, the Climate Leaders Summit is the first time the White House has acknowledged that the state and local level is “where they matter most.” In late August, the White House called for 100 U.S. cities to sign on to the Compact of Mayors, an international climate coalition of local governments, before the U.N. climate negotiations in December of this year. Despite relentless Republican obstructionism at the national level, subnational coalitions and NGOs like Local Governments for Sustainability (ICLEI), C40, and the Compact of Mayors continue to register climate actions, and current commitments represent governments responsible for nearly two gigatons of CO2 equivalent annually.

Yet while subnational and non-state actions can indeed help turn the tide, they, too, require organization, accounting, and accountability. Above all else, then, the Climate Leaders Summit is the latest push toward ensuring these criteria are met. And by actually getting some action on the table, governments can demonstrate that entities within their borders are working toward closing the woefully gaping chasm between current national declarations and the commitments necessary for limiting warming to below two degrees Celsius. If we want a meaningful global deal, that chasm needs to be bridged.