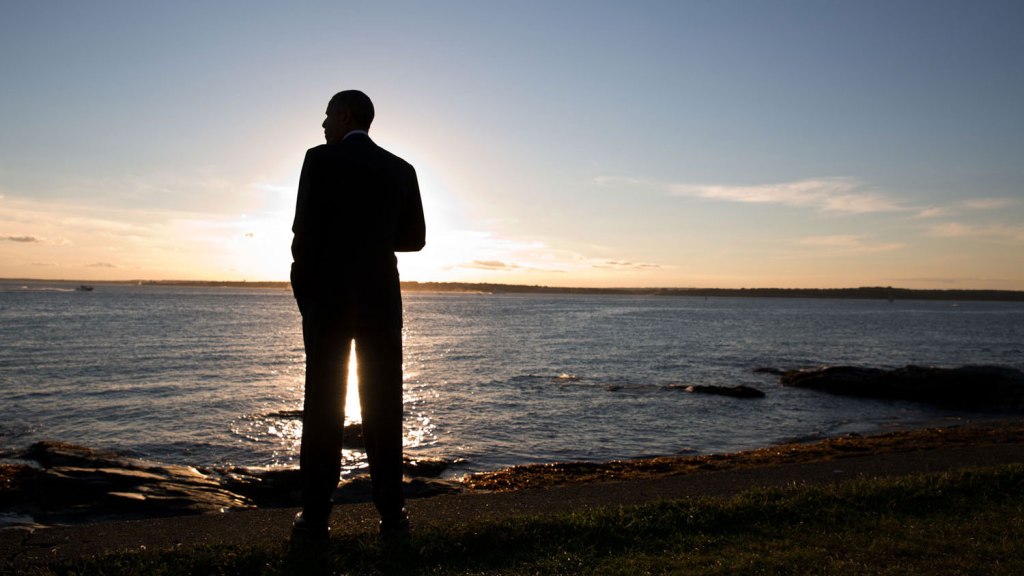 Our own Ben Adler recently published a piece called “8 ways Obama sucks on climate.” It prompted a few thoughts.

Everything Ben lists is in fact sucky on climate, and I wish Obama had done things differently. However, I find the kicker — that Obama “just doesn’t care about climate change as much as he claims to” — less than satisfying. Only Obama and his therapist know for sure what he really cares about, and they aren’t telling. A more fruitful line of inquiry would be to ask what sorts of features these failures share, and whether they can tell us anything about structural or systemic impediments to climate action.

In that vein, what jumps out at me about Ben’s list is that it’s almost entirely composed of supply-side decisions, about digging up and transporting fossil fuels. (The exceptions are ozone and coal ash, both of which have somewhat idiosyncratic stories.)

When you look back over the course of Obama’s presidency, most of what he’s done well on climate — from the stimulus to fuel economy standards to various clean-air regs — has been aimed at reducing the consumption of fossil-fuel energy. Some of it is through efficiency, some through direct support for clean energy, some through tightened regulation on dirty energy, but it all has the effect of reducing demand for fossil fuels.

As Ben catalogs, most of what he’s done poorly on climate has to do with boosting fossil fuel supply. (No. 2 on the list — “Selling off public coal deposits at a loss” — is the worst, or at least the most irksome.) It’s the infamous “all of the above” energy policy.

This tension, between reducing demand for fossil fuels and boosting supply of fossil fuels, has been around since Obama was inaugurated and is the source of his troubled reputation among climate hawks. Do his supply-side sins means he doesn’t really care about climate change, or is there something beyond that at work?

Constraining energy supply is generally pretty unpopular. “More energy” almost always polls well, no matter what kind of energy it is, especially if it’s domestic. Specific supply-side projects mean jobs and economic development for specific communities and states, which concentrates political support. The political landscape is tilted in their favor.

Of course, opposition can be organized — witness the great work done in the Pacific Northwest against coal export terminals, or the astonishing Keystone campaign, which took one pipeline out of dozens and created a defining moral confrontation from it — but such organizing is difficult and expensive and there are supply-side projects popping up all over the place, all the time.

Cheap natural gas really has displaced a lot of coal and reduced domestic manufacturing costs. Being a leading oil producer really has given the U.S. new clout on the international stage. Jobs, tax revenue, cheap energy — these are things politicians love. Warnings about long-term consequences have trouble getting any purchase.

Meanwhile, on the demand side, Obama had several unique opportunities. The economic crisis (and a unique alignment of the political stars) brought about the stimulus bill, which contained within it the biggest clean energy bill in U.S. history. Automakers were on the verge of bankruptcy when Obama negotiated fuel-economy standards with them. And coal utilities are already taking it in the teeth from cheap natural gas, rising renewables, and flatlining power demand, so the imposition of clean-air standards is just one more thunderclap in that shitstorm.

In those cases, Obama faced weak opponents, with the wind at his back. By winning those battles, he secured enough emission reductions to keep his international promises (maybe). Why take on fraught supply-side battles too? Especially if …

Although it incurs the wrath of some enviros, perhaps Obama thinks the net advantages of a domestic energy boom, both economically and politically, outweigh the environmental costs.

He probably subscribes to what is conventional wisdom these days, that the only way to really get a handle on climate change is through demand. People must be made to need and want less fossil fuel energy. When they stop using it, it will go away. The Stone Age didn’t end because we ran out of stones, as they say.

But as long as people want/need fossil fuel energy, they will get it, because there’s plenty of it — far, far more than needed to destabilize the climate. If you cut off this bit of supply, that one will rise to take its place. You block exports here, they’ll go out there. You block this pipeline, they’ll put the oil on trains. You block a U.S. coal mine, some Australian coal mine steps up its output. Supply will out, as long as there is demand for it.

If you subscribe to this view, you don’t really see any climate benefit in blocking domestic fossil fuel production. It will just mean more production in some other country. Obama and his people are likely thinking: Why shouldn’t the U.S. enjoy the spoils of a domestic fossil-fuel boom, even as it seeks to reduce its own fossil consumption? Supply will out, so why not get a piece of the pie while there’s pie to get got?

Whether you agree with either of these views, neither is crazy, and both are compatible, broadly, with caring about climate change.

If climate hawks are going to draw a line in the sand and say that no new fossil fuel projects should be undertaken — and that is the so-called “Keystone Principle” — they’re going to have to do some big-picture, long-term thinking about how to bring the public and the political class along. When should supply-side projects be targeted, and how? I wrote about this a couple of years ago in a post — “Supply, demand, and activism: What should the climate movement do next?” — that I still recommend.

The U.S. political economy is structured in such a way that Obama believes the safest, most sensible option is to be pro-fossil supply and anti-fossil demand. The way forward lies not in finding someone who cares more about climate change, but in changing that structure.

Think about it this way: What array of economic and political forces could push President Hillary Clinton to block the next Keystone? Put those forces in place, and she will care.