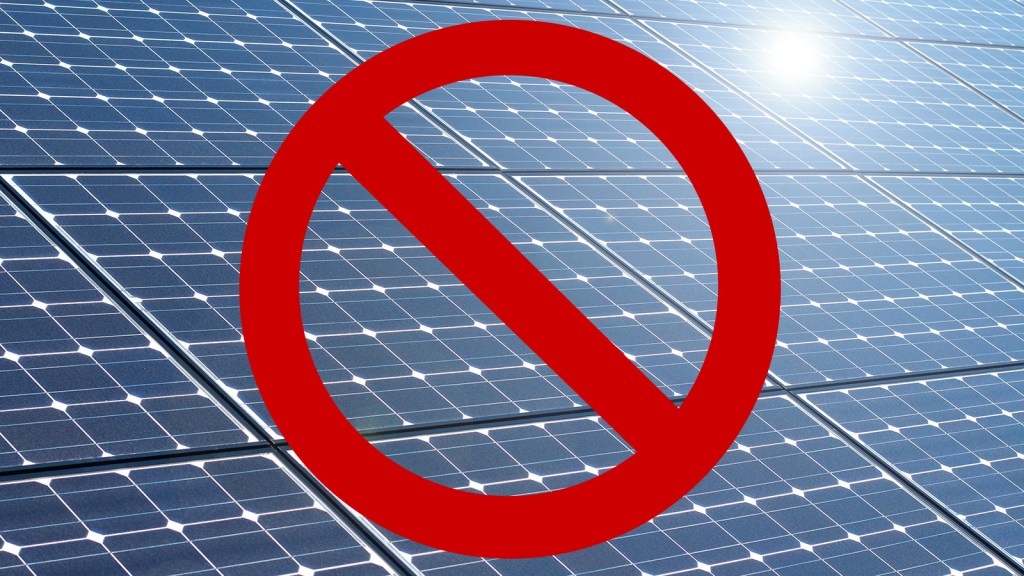 Welcome to the solar backlash. In Grist’s “Utilities for Dummies” series last year, David Roberts prophesied that solar and other renewables could “lay waste to U.S. power utilities and burn the utility business model, which has remained virtually unchanged for a century, to the ground.” And lo, it is coming to pass — though not without a fight from the utilities first.

This May, Barclays downgraded its rating of America’s electricity sector from “market weight” to “underweight.” Its rationale? Solar — or, more specifically, the great leaps that are happening or expected to happen in technology for storing the energy that solar generates. While the solar industry took a roller-coaster ride over the last decade, the R&D that went into electric cars created the killer add-on it was waiting for: really awesome batteries.

It’s not a coincidence that Tesla formed a sales partnership last year with the solar panel development giant Solar City. The two companies are basically smushing solar panels and fancy electric cars together to create a Transformers-like superhouse that could join with similar houses to form a microgrid, no utility necessary. In their utopia, a house could be powered in the off-hours by the battery from the car parked in the garage. Or, if you’re not car people, you could just buy the battery. Tesla is claiming that the cost of their batteries will drop in half by 2020.

For this reason, it’s not surprising that some utilities are specifically going after solar arrays with batteries. In California, utilities are demanding that any solar panel installation that features batteries add an extra meter just for the battery (which adds about $1300 to the overall cost of the installation) before it can be allowed to sell electricity back to the grid.

PG&E, the company that owns California’s biggest utility, refuses outright to buy energy from customers that have both solar panels and batteries, as does San Diego Gas & Electric. The utility companies argue that such storage systems could, in theory, be used fraudulently: Consumers with solar panels could fill their batteries directly with power sourced from the grid during times when the power is cheap and then send it back under a false “clean” label during periods of high demand when it’s worth more. (Although solar suppliers say no one is actually gaming the system this way, the industry admits that the technology has outpaced monitoring policies.)

It makes sense that utilities are freaking out about the risk of solar. Today, 43 states require utilities to buy electricity from consumer solar installations, typically at the same price that customers pay for power from the grid. Utilities argue that this arrangement is unfair to them, because they have to maintain a ton of infrastructure (power lines, power plants) that a cute house with a solar panel does not. However, utilities have typically had decades of low-cost loans and steady regulated profits, plus some opportunities for crazy price-gouging here and there, precisely because of this infrastructure. In most cases, it has already more than paid for itself.

If solar achieves anywhere near its projected growth, utilities stand to lose a lot of money. But by working against solar, instead of with it, they risk creating a two-tiered system — one where people who are wealthy or organized enough separate from the grid entirely and link together in little gated communities, and one where people who can’t get it together enough to install a fancy solar array end up paying higher and higher utility prices on a steadily shrinking network — sort of like how poor people get stuck paying higher gas prices because they don’t have the $25,000 to own a Prius, or higher utilities because they can’t afford the outlay for energy-efficient anything.

Which is to say, there are changes coming, and the next few years will determine the shape of the energy system of the future. Of course, our need to cut carbon emissions is urgent enough that we just might want to say to the utilities: Get out of the way. And if there ever was a time to run for your local public utilities commission, it’s now.