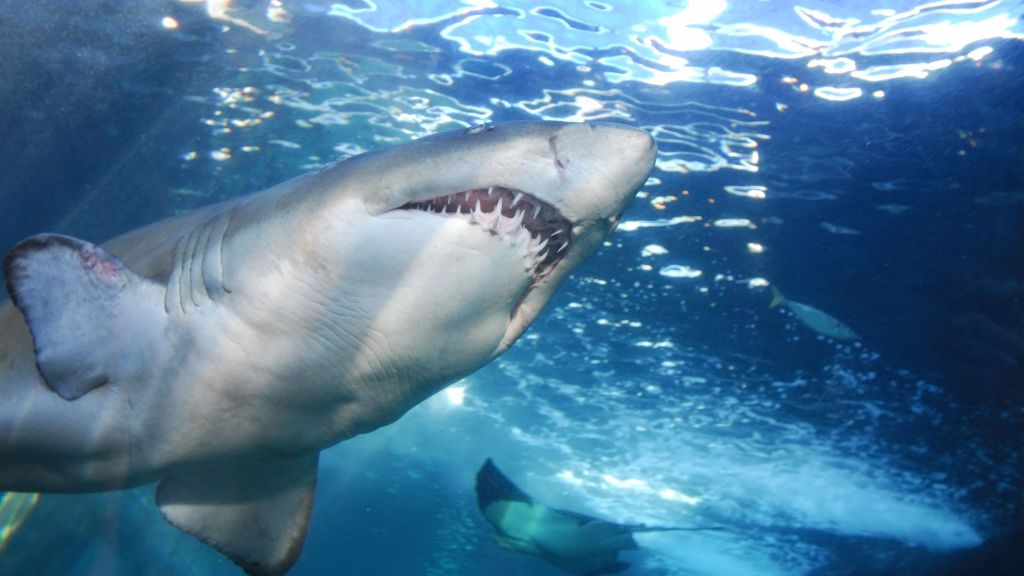 With shark attacks on the rise in Australia, a handful of researchers gathered in Sydney on Tuesday to discuss potential shark repelling technologies. A new study published in Nature Climate Change, however, suggests that repelling sharks from vegetated coastal areas — or even more drastic options like partially culling shark populations — could be bad news for the climate. (And, it probably goes without saying, bad news for the sharks.) The Guardian reports:

With about 90% of the world’s sharks and other large predator fish wiped out through overfishing and culling, potential prey such as sea turtles, stingrays and crabs have flourished.

As a result, turtles have been free to munch their way through larger amounts of seagrass and crabs have been able to disturb a greater amount of seabed sediment. Such consequences have “far reaching consequences on carbon cycling and, by implication, our ability to ameliorate climate change impacts” the paper warns.

The research, conducted by academics from Deakin University, University of Technology Sydney and Griffith University, said vegetated coastal habitats store 50% of the carbon buried in all ocean sediments, representing about 25bn tonnes.

The links between predators and vegetated coastal areas (like salt marshes and mangroves) have been previously established, but this study is one of the first to take a deep dive into the actual mechanisms at play and connect these mechanisms to carbon sequestration and climate change.

For further evidence of sharks’ utility, just take a look at this animated diagram, as published in Nature Climate Change*:

Immediately, it should be obvious that the derpshark (Carcharodon derpius) and its toothy relatives are not only important keystone species, they are also significantly less frightening than one might have imagined. (The derpshark is, however, deeply terrifying in a more existential sense, much like the fact of Go-Gurt or Justin Bieber’s monkey.)

So Grist’s advice to the Australian policymakers responsible for solving the shark attack problem: Skip the “underwater gates that release electro-magnetic fields and flexible plastic nets” to repel sharks. Instead, why not simply mandate surfers to wear large shark costumes instead of wetsuits? Fighting climate change and shark bites with the same stick — that’s a policy with some teeth.

*Diagram not actually published in Nature Climate Change. Which you probably could have guessed.