We can provide power to everyone without a huge leap in emissions, study finds 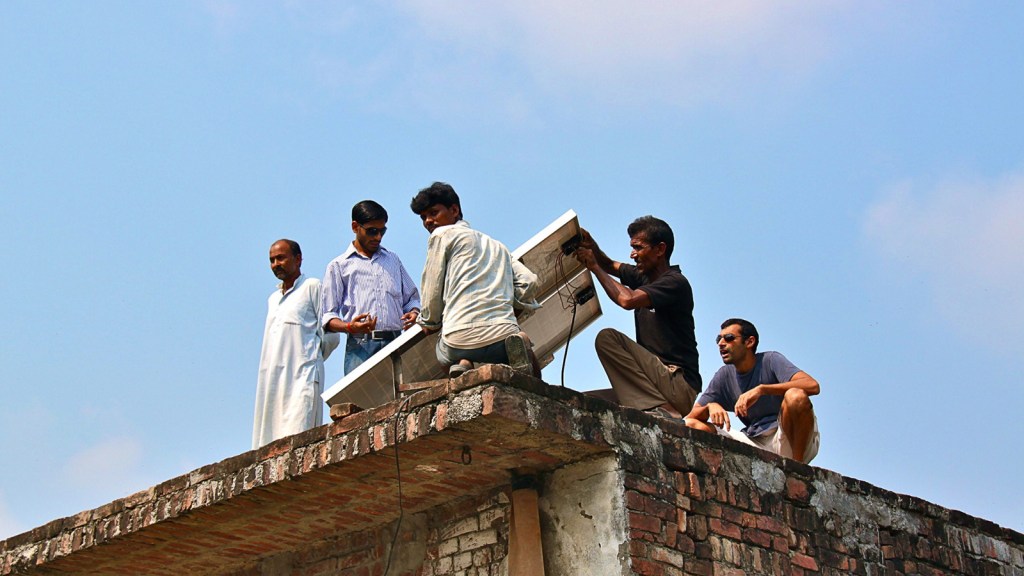 We can provide power to everyone without a huge leap in emissions, study finds

When we talk about international climate action, it’s often taken for granted that developing countries need room to pollute as they pull their citizens out of poverty. More than a billion people worldwide don’t have access to electricity, the argument goes, and getting them connected will require major development projects that will come hand-in-hand with significant new emissions.

But that might be a false assumption, according to a new paper in Nature Climate Change.

Shonali Pachauri, a researcher with the Austrian International Institute for Applied Systems Analysis, finds that the world’s poorest people use so little energy at the moment that initially, upon being connected to the grid, they will not make much of a difference at all.

The test case is rural India, where more unplugged people live than anywhere else — 400 million of them. But that is changing. India has connected an estimated 650 million people to the grid in the past 30 years, and Pachauri analysed government data on electricity use to find out what difference it made.

She found that the emissions of the newly connected, most in poor villages, amounted to just 50 million tonnes of carbon dioxide a year. That was less than 4 per cent of the increase in national emissions during that time, which was overwhelmingly from cities and industry.

The big reason for this relatively tiny increase is that many poor households in developing countries just don’t have that much stuff to plug in. The average Indian household uses less than one tenth of the energy of an American household.

Of course, as nations become wealthier and more electrified, this will change: Their people will get more stuff, and use more energy. So getting growing countries’ energy economies on the right track now will help to keep their emissions from spiraling out of control in the future.

Fortunately, in the case of India, recently elected Prime Minister Narendra Modi has been touting a plan to get the rural poor hooked up to solar power. As chief minister of Gujarat, a state in the western part of India, he encouraged the rapid development of solar — and he’s now pushing to expand similar incentives across the country.

But in an essay this summer in New Scientist looking at central Africa, Fred Pearce noted that it is important that development efforts like this be big enough to actually make a difference.

… a couple of panels on the roof can charge phones and run a few lights and a radio but would be no good for anything more demanding, like boiling a kettle. Most Kenyans would probably prefer to be hooked up to centralised power, but the grid only reaches one-fifth of the country. …

That is especially troubling if the main argument for solar power is to tackle climate change. The Intergovernmental Panel on Climate Change argues that reducing poverty is vital to helping poor communities become more resilient. So it would be criminal if green technologies were imposed on poor people to help hold back carbon emissions — only to leave them even more vulnerable.

So off-grid, low-capacity solar arrays might not be the whole answer. Bigger, more robust renewable energy projects would be better. Finding the right form for those projects will be the challenge.