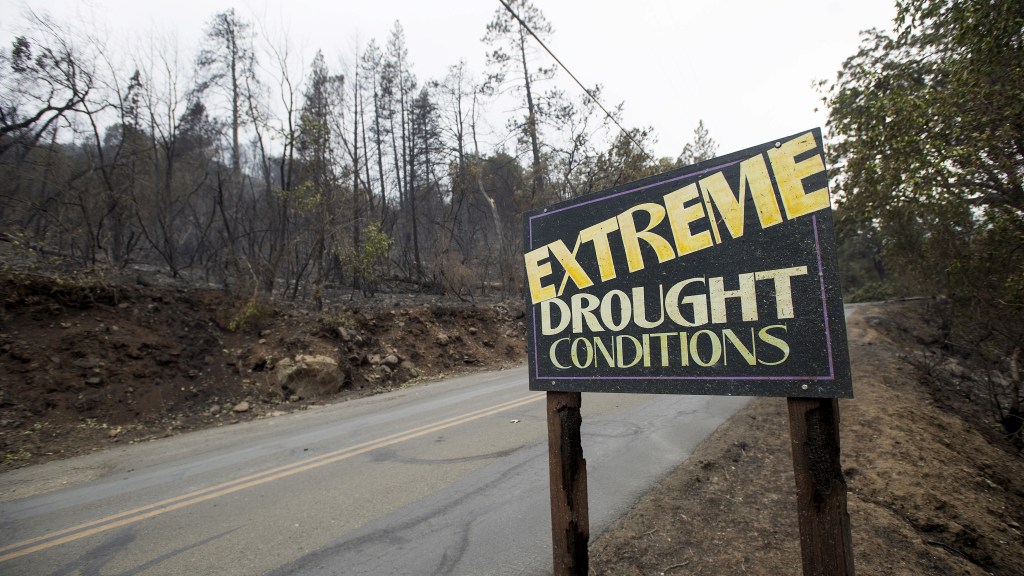 Over the weekend, apocalyptic first person drive-throughs of burning hellscapes stormed through social media. Though they could easily be teasers for the next big disaster flick, this is no blockbuster movie. It’s California’s drought-fueled wildfire season.

The latest inferno making headlines is the Valley Fire, which burned through 61,000 acres in just 17 hours. The devastation spread through the mountains of northern California’s Napa and Lake counties, destroying 400 homes and sending three firefighters to the hospital. Those numbers, by the way, are at the “and counting” stage.

And it’s not the only fire that’s raging. “September and October are really the largest and most damaging months for fire in California,” says Daniel Berlant, Cal Fire’s chief information officer. So far, this year’s season has been superlative-rich. Not only has it been more active than usual — “We’ve responded to nearly 16,000 more fires than usual for the same time period,” says Berlant — but the fires are bigger and more volatile. Currently, the largest fire is 140,000 acres, in the Sierra National Forest.

The governor’s director of emergency services told other emergency officials that this year’s fires are spreading faster than any he’d seen in 30 years. (California is barely halfway through its fire season.) In case you hadn’t already guessed, the culprit is the drought. “These dry conditions are fueling the fires, even without major wind events,” says Berlant.

But those major wind events are coming. Southern California hasn’t yet had any major fires, but the region is fully stocked with dry wood, and the Santa Ana season is only a few months away. The Santa Ana winds are hot and dry, blowing from Arizona and Nevada, and historically they set the southern part of the state alight. There’s been some extra moisture in the area, but not enough to put anyone at ease about the situation down there. The drought has also made fighting the fire logistically challenging, as firefighters have to truck their water in tanks.

Right now, barely 5 percent of the massive Valley Fire’s perimeter (which is currently twice the size of San Francisco) is contained. This means firefighters have put dirt barriers between the fire and fuel, homes, and businesses. Containing the fire is made more difficult by the fact that many people ignored the sheriff’s warning to evacuate, forcing emergency responders to come to the rescue. “As this fire is getting into homes, our fire crews are not able to battle the fire,” says Berlant. “Saving lives always takes precedent.”

Firefighters are hoping that El Niño will deliver rain to stamp out what many fear could be the state’s worst fire season ever. But even though this year’s El Niño is already one of the strongest on record, that’s no guarantee it will sate California’s thirst.

And if the rains do come, they might come way too late. “The El Niño rains generally come in January, February, March, and April,” says Bill Patzert, a NASA climatologist at the Jet Propulsion Laboratory in California. “You’ve got a lot of fire season between then and now.” If the Valley Fire were a disaster flick, it would be set up perfectly for a sequel.