Why is this union fighting Obama’s power plant regulations while saying it supports climate action? 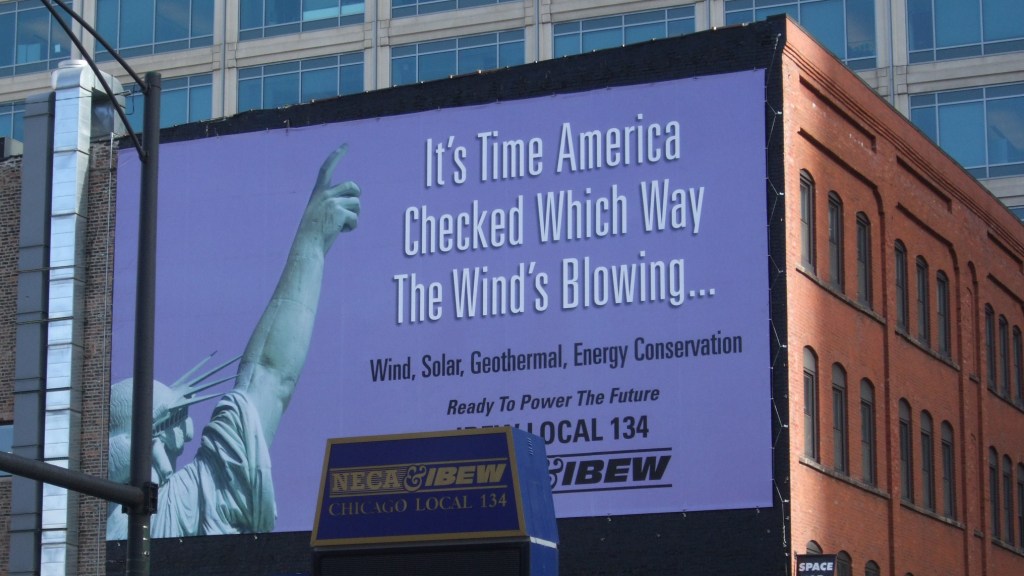 Why is this union fighting Obama’s power plant regulations while saying it supports climate action?

This week we learned two apparently contradictory facts about the International Brotherhood of Electrical Workers: The union is calling on leaders to act to limit climate change, but it’s opposed to President Obama’s biggest effort to do just that.

The New York City chapter of IBEW, Local 3, is a cosponsor of the People’s Climate March planned for Sept. 21 in Manhattan. With a message that is progressive even by the standards of climate change activism, that event will be focused on climate justice while it calls for an international treaty to reduce carbon emissions. On Wednesday, Christopher Erikson, an official from Local 3, spoke at a pep rally in Times Square to promote the march along with representatives from other sponsoring unions, environmental groups, and social justice organizations.

But on Monday morning, the national office of IBEW announced that its representatives would be speaking out against the EPA’s proposed regulations of CO2 emissions from existing power plants at four field hearings this week in Atlanta, Denver, Pittsburgh, and Washington, D.C. And on Thursday, IBEW joined with the United Mine Workers of America in Pittsburgh to hold a rally against the proposal, calling for it to be replaced with smaller emissions reductions that would be phased in more slowly.

In the statement released on Monday, IBEW President Edwin D. Hill offered the same arguments that Republicans, the coal industry, and conservative pressure groups have been making since before the EPA proposal was even released: that it will raise the cost of electricity and damage the economy. “If these rules are implemented as written, dozens of coal plants will shut down and with no plans to replace them, tens of thousands of jobs will be lost and global carbon emissions will rise anyway,” Hill said in the statement. “America needs an energy plan that balances the environment, the economy and jobs. But the EPA’s poorly thought out rule will do nothing but kill vital jobs and threaten the reliability of the electrical grid, hurting customers and businesses.”

Both Local 3 and the national IBEW deny that there is any conflict between their positions, saying they support addressing climate change, but any rules must not shut down coal plants before there is enough renewable capacity to replace them. “I think there’s wide acceptance of the overall goals [of the People’s Climate March],” says Jim Spellane, a spokesperson for IBEW’s national office. “We actually are strong advocates of solar and wind power, but advocating for them and saying they can take over is not the same thing.”

That muddled message also came across in Erikson’s remarks at the Climate March rally on Wednesday. While other speakers called for supporting the EPA’s proposed rules, he said nothing about them. He opened with sentiments that were broadly similar to the other speakers’ and could even imply support for the regulations. “President Obama asked if we are willing to act,” said Erikson. “We are willing to act! As a father, I recognize the need to act.”

But he also offered hints of reservation. “We must weigh the impact on jobs and be prudent in the implementation of regulations,” Erikson cautioned. “All of the stakeholders must compromise.”

Most ominously, Erikson declared that we “can’t make an international deal with carbon-emissions inequality.” This a common conservative meme: that it would be unfair for the U.S. to agree to steeper emissions cuts than growing economies like India and China. But realistically, and understandably from the perspective of developing nations, the U.S. will have to make big cuts if leaders are to reach an international agreement, to show that the U.S. serious and to take responsibility for more than a century of heavy historical emissions. Adopting the EPA power plant regulations is also necessary to lay the groundwork for an international agreement, since the U.S. must show other nations that it is on pace to keep its emissions-cut commitments from the 2009 Copenhagen Accord.

So the really important contradiction is not between IBEW and its New York City local; it’s between IBEW and anyone who actually wants to address climate change. Spellane’s contention that the EPA’s power plant rules go “too far too fast” would be laughable to climate scientists. The Earth is currently going too far too fast toward unmitigated catastrophe, according to every major study. The power plant regulations set unambitious targets for emissions reductions. Thanks to the fracking boom in natural gas and the explosive growth of the solar industry, we are already more than halfway to the goals the EPA is proposing, without having even had a rule in place yet. (Spellane argues that natural gas is not a reliable substitute for coal because of its price volatility. Environmentalists would agree that the proposal’s de facto promotion of natural gas is problematic, but for an entirely different reason: the methane leakage from its production and transport may moot its climate change advantage.)

IBEW has a checkered history on climate regulation. It supported some provisions of the 2009 Waxman-Markey cap-and-trade bill, but expressed concern that its goal of a 17 percent reduction of CO2 emissions from 2005 levels by 2020 was too ambitious. It opposed the EPA’s proposed requirement of carbon capture and sequestration for new coal-fired power plants. And, despite its claims of support for renewables, the union has not called for renewal of the wind energy production tax credit.

Concerns about union members’ jobs are understandable, of course. But climate change will threaten the security of the electrical grid too. Just ask the residents of New York and New Jersey who experienced weeks without power after Hurricane Sandy.

Erikson’s comments about “inequality” are also at odds with the climate justice agenda of the march’s other participating groups. As one organizer pointed out, the biggest victims of climate change will be in the Global South, where sea-level rise and heat waves will hit hardest. These countries, from Bangladesh to Haiti, have emitted a fraction of the CO2 that the U.S. has. Even China, which a few years ago passed the U.S. to become the biggest total annual emitter, is much poorer, has much lower emissions per capita, and has much, much lower cumulative emissions. The real inequality would be for rich countries like the U.S. to keep polluting the developing world into oblivion.