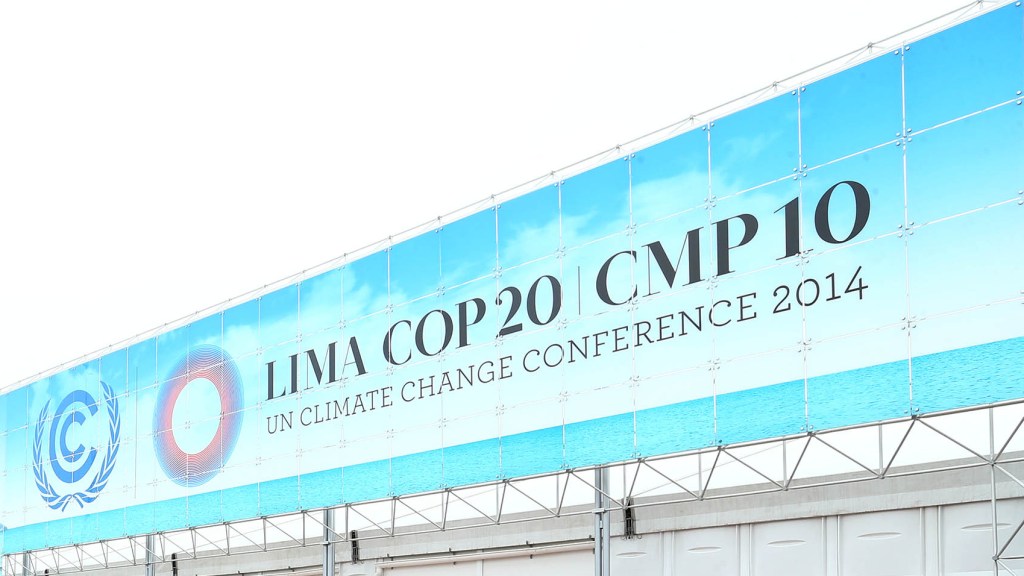 Thousands of diplomats from around the world are gathering today in Lima, Peru, in the latest round of wrangling to hammer out a deal to address climate change. This two-week conference is the COP20 — meaning, it is the 20th conference of parties to 1992’s U.N. Framework Convention on Climate Change.

Yes, we’ve been having a lot of these climate-related U.N. summits — one every year, in fact, plus the summit in New York City earlier this year, which wasn’t an official conference of parties. You, dear Grist reader, are more likely than most to reside in that small minority that finds every U.N. summit on climate change worth paying attention to — but this COP is really important, and even more worth paying attention to than the rest of them. That’s because negotiations are both more urgent and seem more likely to accomplish something than in years past.

First, the urgency: This conference is the last before the big one in Paris in 2015. That conference, the COP21, has taken on great significance among climate hawks because it could very well be the last chance for nations to cut a deal to avoid 2 degrees Celsius (3.6 degrees Fahrenheit) of warming, a target scientists have said will likely allow us to dodge some of the truly awful effects of global warming.

The hope is that the Lima conference will produce a draft document for nations to commit to in Paris in December 2015. In theory, between now and next spring, each nation will come up with a goal for how much they can cut their emissions, and announce their intention to meet that goal. Then, next December, world leaders will sign an agreement acknowledging those commitments, with plans to reconvene and assess how each nation is doing.

For a while, nations haven’t been willing to make these kinds of commitments — but things feel a bit more optimistic this time. Though it has its naysayers, the recent joint U.S.-China announcement that both nations have timelines in place for limiting their emissions made a difference. The announcement demonstrated that the two largest polluters are taking climate change seriously. The deal, in turn, puts the heat on the other big polluters — both those that bare a historical responsibility for global warming, like the U.S. does, and those that only recently industrialized, like China — to come up with a climate plan. The European Union recently announced a timeline to reduce emissions by 40 percent over 1990 levels, which only makes the pressure greater on countries like India, Russia, Brazil, Japan, Australia, and Canada to commit to their own timelines.

Still, in many of those countries, even with the building momentum, commitments face considerable hurdles. India has been wishy-washy, mostly indicating we shouldn’t expect an emission-reduction plan anytime soon. Canada and Australia have the significant impediment of being run by leaders who don’t really give a hoot about global warming. And even if commitments are made, they may swing into effect too late. Writes The New York Times’ Coral Davenport:

The problem is that climate experts say [emissions reduction] almost certainly will not happen fast enough. A November report by the United Nations Environment Program concluded that in order to avoid the 3.6 degree increase, global emissions must peak within the next 10 years, going down to half of current levels by midcentury.

But the deal being drafted in Lima will not even be enacted until 2020. And the structure of the emerging deal — allowing each country to commit to what it can realistically achieve, given each nation’s domestic politics — means that the initial cuts by countries will not be as stringent as what scientists say is required.

That’s bad news for the inhabitants of low-lying islands, farmers in the developing world, and even vulnerable communities in the United States, who are already at high risk.

But even though we’re going to have to deal with some climate changes no matter what, taking action sooner is far better than taking it later. Whether or not the world manages to stay below 2 degrees of warming, emissions will eventually have to be reduced significantly. We’re not on that path yet, but we may be getting closer. That’s why we’ll be watching the news from Lima.