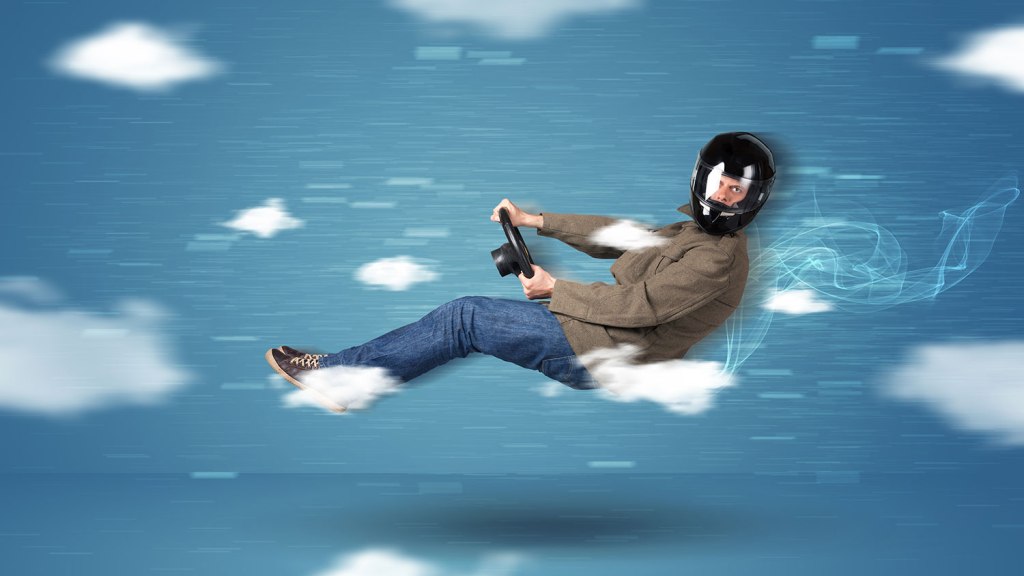 Many conservatives claim combatting climate change would require extreme sacrifice. We all use energy to heat and cool our homes, power our computers, and get around. So conservatives try to scare voters away from limiting greenhouse gas emissions by telling them it will mean shivering in the dark and wrecking the economy.

Whatever the merits of this argument (and, according to the World Bank, the merits are not strong), their favorite way of making this point is a silly “gotcha” that often falls flat on its face.

Case in point: On Tuesday, I tweeted out a link to Mother Jones’ report that Democratic presidential hopeful Jim Webb criticized President Obama for vetoing the pro-Keystone bill passed by Congress:

Here’s what a random conservative troll tweeted in response:

For what seems like the umpteenth time, a conservative thought he had me hoisted by my own petard.

Well, actually, no, I didn’t drive to work on Tuesday, and not just because I currently work from home. I’ve never owned a car or used one to commute.

I’ve seen this exact cultural miscommunication from the outside as well. On Showtime’s Years of Living Dangerously climate documentary series last year, 60 Minutes correspondent Lesley Stahl interviews Alaska’s then-Lt. Gov. Mead Treadwell (R) about climate change and he offers the same rebuke. She points out the scientific consensus that most of Alaska’s remaining oil needs to stay in the ground to avert catastrophic climate change. His response: “Do you drive a car?” Her reply, with a laugh: “No.”

Stahl, like me, lives in New York City, which has the lowest share of trips made in a private car of any region in the U.S. The fact that many conservatives just assume everyone drives to work tells us a lot about the limits of their knowledge and how it feeds into their backward positions on climate change. If your image of America is all car-dependent suburbia, then climate change may seem so insurmountable as to not be worth trying to combat at it all.

But if you know there are places where driving is not a necessity for many people, then you know that living well, with a strong economy, can happen without auto-dependent sprawl. Indeed, the list of regions with the highest public transit use per capita reads like a list of U.S. economic powerhouses: New York, San Francisco, and Washington, D.C. are the top three. From a more global perspective, Europe and Japan also demonstrate that there are alternatives to driving everywhere, and they don’t wreck economies. But living in sprawl seems to induce conservatives into thinking no other way of life is possible.

Even if Lesley Stahl or I happened to drive to work, conservative charges of hypocrisy would hardly be vindicated. Treadwell pointed out to Stahl that she flew to Alaska on a plane. I fly places too, and I use air-conditioning. But making that point — as if it proved we should suck every drop of unconventional oil out of the Arctic — is attacking a strawman. It would only be a meaningful argument if climate hawks say no one should ever use oil. But they don’t. Instead, they argue, among other things, that fossil fuel producers and consumers need to start paying the social costs of their pollution through something like a carbon tax, instead of sticking the global poor and future generations with the climate tab. You’d think that conservatives, supposed fans of personal responsibility, would appreciate the morality of that position.