Winter warriors: As Sochi heats up, will athletes turn to climate activism? 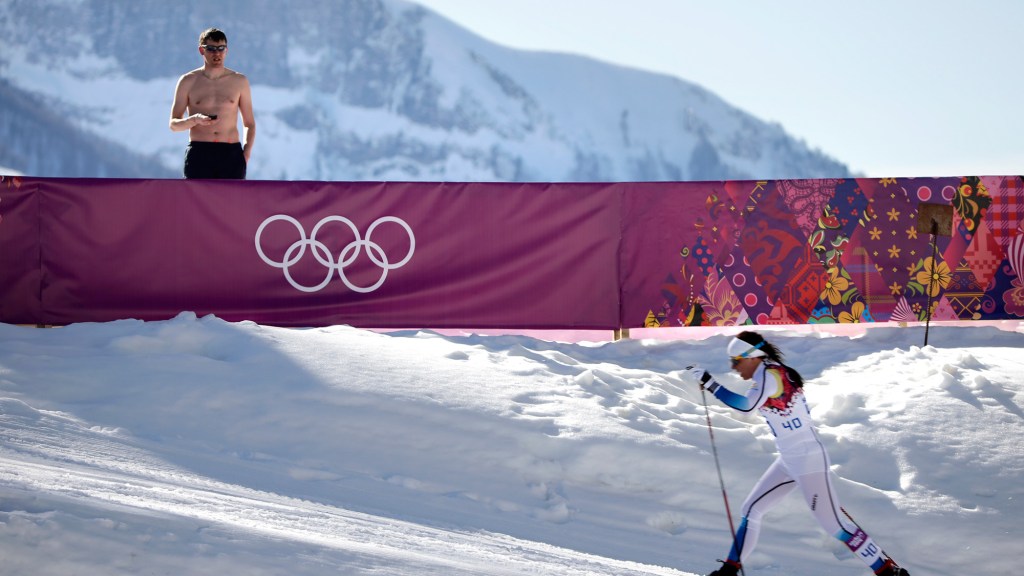 Winter warriors: As Sochi heats up, will athletes turn to climate activism?

As you watch the victorious athletes lean down to accept their medals in Sochi this week, consider this: Those podiums can become platforms for powerful political action. Think back to 1968, when Tommie Smith and John Carlos flashed the black power salute after winning gold and bronze in the 200 meter sprint in Mexico City. They were demonized for doing it, but the image left an indelible mark: Two of the world’s greatest athletes reached outside of themselves and took a stand for human rights, despite the inevitable backlash.

In the lead-up to the 2014 Winter Games in Sochi, Russia’s draconian antigay laws sparked protests worldwide. Some called for teams to boycott the games. Billie Jean King, the U.S. envoy to the games, said that the LGBT community needed “a John Carlos moment.” Athletes vowed to flash six fingers from the podiums, referencing Principle 6 of the Olympic Charter, which states: “Any form of discrimination with regard to a country or a person on grounds of race, religion, politics, gender or otherwise is incompatible with belonging to the Olympic Movement.”

The International Olympic Committee has stated that this type of political statement has no place at the games, and so far, we have seen only minor acts of defiance. But athletes surfaced another cause this week: More than 100 Olympians have signed a letter calling on world leaders to get serious about fighting climate change.

“As winter athletes, we’re out in the elements every day, so every day, we’re reminded of climate change,” cross-country skier Andy Newell, who wrote the letter, told me on the phone. “I think there are a number of athletes that feel like it’s our responsibility to try to bring that to the attention of the world.”

Newell said that he and his compatriots hope to double the number of signatures on the statement before the games end. Then they plan to deliver it to as many people in high places as possible.

“If that means me getting on a plane to D.C. next spring, I’ll do that. If that means getting many more athletes involved, that’s what we’ll do,” he said. “This fight isn’t going to end until we see some kind of action for our ask — that the world leaders come together in 2015 in Paris and try to put politics aside to come up with a concrete plan to fight climate change.”

In the meantime, mother nature is making statements of her own. Temperatures in Sochi hovered in the 50s early in the week. Monday’s practice runs in the half pipe were postponed after snowboarders complained of the slushy conditions. The following day, in Newell’s event, the men’s cross-country sprint races (picture Apolo Onho rocking a short track, only with hills and a javelin in each hand) three of six finalists crashed on a slushy turn in the final heat (no pun intended).

On Wednesday and Thursday, the mercury soared past 60 degrees. Practice runs on the ski jumps were cancelled because the warm temperatures made the landing hill too dangerous. Nordic combined racer Billy Demong said the snow was so awful it felt like “skiing on a layer of fur.” Meanwhile, officials dipped into emergency snow caches to shore up racecourses, and there was a rush on salt, which is being used to firm up the snow.

The warm temperatures didn’t come as a complete surprise: Sochi is a resort town on the Black Sea. In the months leading up to the games, critics blasted Russian President Vladimir Putin for holding the events in such a warm locale. But even in this subtropical climate, the balmy February weather is out of the ordinary — a product of the same wildly swinging jet stream that has turned much of the Midwest into an icebox this winter. (And if you’re wondering if there’s a connection between the Polar Vortex and climate change, well, here’s the President’s science advisor with an answer.)

Among the most memorable moments in the Sochi games so far are the unbelievable tie between Tina Maze and Dominique Gisin for gold in the women’s downhill, and the look on Carina Vogt’s face when she learned she’d won the first women’s gold medal in big hill ski jumping in Olympic history. To that, I’ll add the images of skiers snapping skis and poles in epic crashes on the slushy sprint course, and American Sophie Caldwell competing in a tank top in the women’s 10 km classic cross-country ski race.

They’re not exactly John Carlos moments for the climate, but they should send a message to the world: If we don’t clean up our act, and quickly, the winter games are going to start looking a lot like the summer ones.

And there may be stronger statements to come, as the snow continues to dwindle. I, for one, hope so. As John Carlos said recently, “If I was an athlete today, I wouldn’t be concerned about anything other than what’s right. You need to follow your conscience, follow your heart, follow your wisdom, and follow your education as to what the plight is. If you feel like you must do something, the only thing you will regret is doing nothing.”

Andy Newell, for his part, plans to keep pushing his message — podium or no podium — until people in power listen. “We, as athletes, come together and put all of our efforts toward one cause, and I just think we need to expect the same kind of cooperation from our world leaders,” he said. “We want them to come together and put aside politics and economics, and all the other excuses they come up with, and really focus on climate change.”