Two years ago, Peter Kalmus, a climate scientist based in Los Angeles, got invited to speak about his work at a meeting of the American Geophysical Union in Washington, D.C., 2,700 miles away. There was just one problem: Kalmus had vowed to give up flying because of the climate crisis. He offered to give his presentation over video. The subject was how scientists could lead on climate action — especially by flying less. The AGU turned him down.

Now, a global pandemic has forced everyone to rethink how we get together, whether it’s conferences or birthday parties. Happy hours take place on Google Hangouts, marriage vows are livestreamed on Zoom, and as if first dates weren’t already awkward enough, now the search for love often starts on FaceTime. It’s almost like the country decided to follow Kalmus’ example. Even the AGU is planning to put most of its next big meeting online.

Kalmus feels vindicated, but he’s not exactly celebrating the sudden shift in travel habits. “It’s been bittersweet,” Kalmus said. “I think people are getting the case for virtual collaboration now.”

For people who have missed events for years because they avoided air travel, their FOMO has vanished for all the wrong reasons: skyrocketing cases of COVID-19 and a once-in-a-generation economic slump. During the height of the lockdowns in April, only 5 percent of the usual fliers boarded a plane. With new cases of COVID-19 rebounding, the world is beginning to question the necessity of air travel and far-away gatherings. It’s unclear what comes next, but people are floating some creative low-carbon ideas. 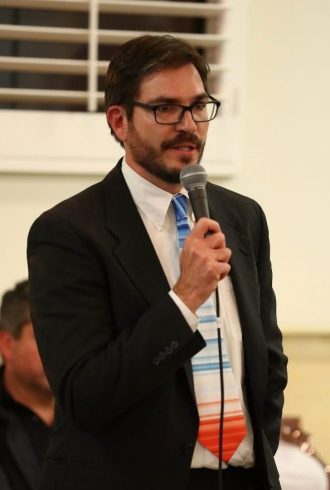 Kalmus took his last flight in 2012, and he founded the website No Fly Climate Sci the same year, inviting earth scientists, academics, and members of the general public to explain publicly why they decided to fly less (or not at all). “For a long time, I’d been freaking out about the climate emergency,” Kalmus said. “To me, there’s such a clear connection between burning fossil fuels and global heating and then the impacts that kill people and burn down forests and destroy coral reefs.”

Kalmus (a 2018 Grist 50 honoree) wanted to make it normal not to fly — but he also just wanted to feel less alone. “It was so awkward being an academic who wasn’t flying anymore,” he said. “I wanted everyone to fly less, but to encourage academics specifically … so I wouldn’t be such a freak.”

The aviation industry accounts for about 2.4 percent of global carbon emissions. (By comparison, the cement industry is about three times worse.) For an individual, however, it can make up a huge part of your carbon footprint, especially if you’re the type who regularly jets across the ocean for the weekend. For example, a one-way flight between Hong Kong and San Francisco sends more carbon dioxide into the atmosphere than the average British person’s activities over the course of a whole year. Or for that matter, 10 Ghanaians in a year. It’s very much a rich-world problem: Less than 20 percent of people worldwide have ever boarded an airplane.

With rising demand for business travel and tourism, emissions from air travel were expected to triple over the next 30 years, with disastrous consequences. “Flying alone, if it grows the way it’s projected, could single-handedly bump humanity off the pathway of staying under 1.5 degrees C of global heating,” Kalmus said.

But there are other reasons that people cut down on flying. Navin Ramankutty, a professor at the University of British Columbia who studies sustainable food systems, became very selective about flying after his daughter was born in 2009, so he could stay home more often and give his wife’s academic career a boost. He could afford to miss out on conferences and other networking events because he was at a more established stage in his career.

Between the hassle of dealing with airport security and the stress of flying, the decision to fly less was easy. Ramankutty started to develop a reputation for being a conference-skipper and over time, he got fewer and fewer invitations. “I felt kind of left out of things,” he said. 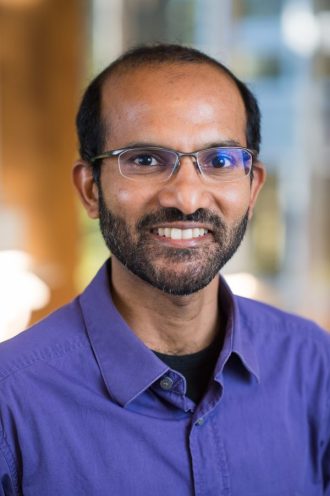 Ramankutty still takes flights occasionally, because there simply aren’t good alternatives for traveling far distances. Ramankutty grew up in India and moved to North America for graduate school, and now he lives on the other side of the planet from his mother in India, with no way for his mother to see her granddaughters without somebody getting on a plane. “I’m not going to stop flying to see her,” he said.

On his next trip back home, he plans to bundle a bunch of events into one trip to make his flight really worthwhile. It’s a familiar practice among climate-conscious fliers: A well-known climate scientist, Katharine Hayhoe, once fit 25 events into a four-day trip — with only two flights.

Still, Ramankutty worries that the focus on flying might put too much attention on individual behavior, deflecting it from the structural problems related to climate change, like emissions from electricity production, gas-powered cars, deforestation, and land use. After all, if everyone stopped flying, you’d only have solved about 2 or 3 percent of the world’s emissions problem, he points out.

With life moving online, Ramankutty feels like the playing field has been leveled. “I feel personally kind of delighted — not delighted by COVID — but by how many people have moved online,” Ramankutty said. “I’m hoping some of that sticks.”

At the same time, he knows that many of his colleagues miss face-to-face meetings and want to return to them once the pandemic subsides. Video chat just isn’t as comfortable as normal conversation. You’re looking at a screen, getting distracted by camera angles and awkward interruptions, and to top it all off, staring at yourself the whole time.

Despite their flaws, online meetings can avert a lot of emissions. Consider last year’s AGU conference in San Francisco. Some 28,000 people attended, traveling a total of about 177 million miles there and back, resulting in an estimated 80,000 metric tons of carbon emissions, according to a new paper in Nature. That’s equivalent to the annual carbon emissions of nearly 1,700 average American families.

The paper envisions several options for greener, better conferences — including some that combine in-person meetings with virtual events, aiming to get the best of both. Conferences could have regional hubs, so that people could drive or take the train to meet face-to-face instead of having thousands of people from four continents piling into a Las Vegas hotel. Video conferencing could allow the participants to coordinate with others around the globe.

There are simpler fixes, too: holding conferences every other year instead of annually, or simply making sure they take place in a city that’s easy to get to. By the researchers’ calculations, these kinds of changes, in tandem with more online attendance, could reduce the emissions from conference travel as much as 90 percent.

“I think it’s completely possible that the future of collaboration could be better if we fly less,” Kalmus said.