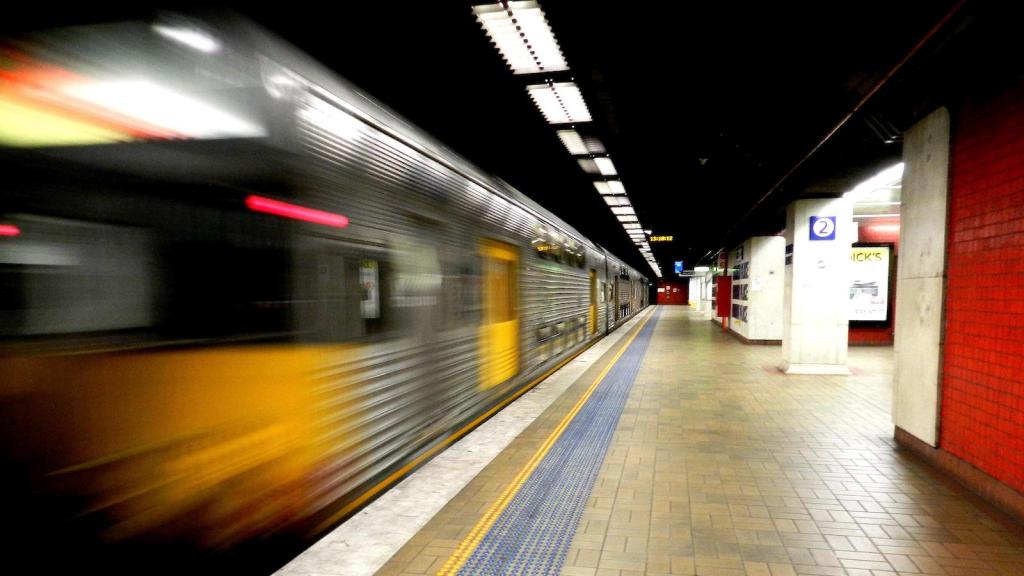 Geok N. Leong / Getty Images
there's an app for that

During the ongoing COVID-19 crisis, some city buses and trains have run empty, while others have been packed. In Los Angeles, for instance, ridership on the L.A. Metro has dropped from about 1.2 million to around 400,000 a weekday. Meanwhile, Detroit’s number 17 bus route and various lines in New York City have run at a potentially dangerous capacity.

To address this and other issues during the pandemic, some cities — including L.A., Lincoln, Nebraska, Abu Dhabi, United Arab Emirates, Berlin, and Palma de Mallorca, Spain — are turning to on-demand programs called microtransit. Microtransit operates like Uber or Lyft, but the technology companies create the digital routing and ride-hailing platforms for transit agencies. According to Jerome Mayaud, lead data scientist with microtransit company Spare Labs, cities can use the platforms with public transit to fill specific niches and to offer rides that can be more affordable than solely-private operations.

“Imagine Uber and a city bus had a baby,” Mayaud said.

Since the start of the pandemic, cities have turned to microtransit to offer essential rides, like moving seniors to pharmacies or nurses to hospitals. Proponents of microtransit say the technology behind these apps could be used to combat COVID-19 in other ways. For instance, the apps could help track the spread of infection and alert riders if they shared a ride with someone who later tested positive, a tactic called contact tracing.

Experts are mixed on the proposals. Some say contact tracing, for instance, poses privacy issues, and that there will be technical challenges in implementing other strategies through the platforms. Others say microtransit could play a useful role as city streets begin to return to normal.

Microtransit predates the pandemic, and it takes many different forms depending on the city’s needs or the companies involved. Cities partnered with Via Transportation may use their own shuttles, vans, or public buses for the service, or have Via source the vehicles for them, while those partnered with Spare usually repurpose public vans and buses for the service. Transit agencies determine their own fare — rides in L.A. using Via are currently free, while in Lincoln, Nebraska, where a bus ride is normally $1.75, microtransit service is $5. Meanwhile, the Utah Transit Authority set its microtransit rides at $2.50, the same as a bus ride. Rides can either go directly from, say, a person’s house to their job, or to and from locations chosen by the transit agency.

Some cities like Lincoln were considering on-demand transit and quickly adopted it when the disease struck. Others had systems in place already, and adapted them in response to it. L.A. Metro, for instance, through a pilot project with Via, provided rides to three transit stations prior to the COVID-19 outbreak. The agency adapted the program and began offering direct rides to and from essential services and jobs to help out as it had to reduce its service levels during the pandemic, said L.A. Metro’s chief innovation officer Joshua Schank. The agency has plans to release an additional microtransit project through a $29 million pilot with ride-sharing company RideCo, he added.

While microtransit may prove useful, it’s unlikely that it — or any other single method for that matter — will alone adequately reduce the spread of COVID-19 on public transit, said Joseph Allen, an assistant professor of exposure assessment science at Harvard University.

Some transit systems, for instance, are using low-tech approaches to curb the disease. TransLink in Vancouver began drawing 6-foot marks at bus stops to show the recommended distance between passengers. Others are amping up cleaning schedules, or giving masks to passengers. And digital modeling performed by Allen and colleagues suggests that the viral load in a car could be significantly reduced by cracking the window a few inches. But combining tactics, including regular hand-washing and universal mask usage, is more effective, he said.

“I think we’re going to have to get really clever as a society with solutions,” Allen added, and microtransit “fits right in there.”

Lockdowns and social distancing have been tricky for transit agencies, said Sharon Feigon, executive director of the Shared-Use Mobility Center, a public-interest, nonprofit organization that advocates for reducing private vehicle use and offering more options including e-scooters, bike-sharing, and microtransit.

On one hand, transit agencies provide a vital service, particularly during the pandemic. But on the other, in light of COVID-19, low ridership and increased safety methods are straining transit agency budgets. Many agencies have had to reduce subway and bus frequency, and microtransit could be used to fill in some of these service gaps, particularly at odd hours, Feigon said.

Microtransit companies also say cities can use it to provide affordable rides for people in communities that are already under-resourced. These demographics — including seniors, a population the disease hits particularly hard — have largely been stuck making trips on public transit, according to data from Transit app, a journey-planning application based in Montreal that operates in more than 200 cities and regions worldwide.

Other tools to reduce the spread of the disease can be, or are, developed within the platforms themselves. Cities can set a rider maximum per trip — informing drivers not to pick up any more than that set number — functionally enforcing social distancing on the rides. L.A. set the rider limit at one, while Lincoln set theirs at two, for instance.

Microtransit companies are also looking to develop pre-screening functionalities in their apps. Hypothetically, any time a person hails a ride the app could ask them questions about potential symptoms and how much they have self-isolated. Via is looking at pre-screening functionality, along with the other new ways it has adapted or is looking to adapt its platform during this crisis, said Zack Wasserman, the company’s chief strategy officer.

One of the more controversial functions some microtransit companies are considering in the wake of COVID-19 is contact tracing. Broadly, the method makes use of the near-ubiquity of smartphones. Users who fall ill report it through an app on their phone, which in turn notifies anyone they had been in close contact with of the risk. But critics worry about giving governments that amount of information about its citizens.

Many countries around the world are working on contact tracing applications. China, an early adopter, has used contract tracing since February. In March, Singapore’s government released one that uses Bluetooth transmitters in people’s phones, and made the source code openly available. Australia launched its own app in April, using the code. Also in April, Apple and Google announced their own proposed Bluetooth approach, in which phones would log whenever two or more people are close enough together for a long enough period of time to contract the disease. This proximity information is stored on users’ phones, and used to notify people who have potentially been exposed.

Apps like these could be incorporated into a microtransit system. Spare and Via are still in early talks with cities about doing so and in the early stages of creating the functionality. To help protect users’ privacy, Spare and Via anonymize and encrypt user data. According to Mayaud, on Spare, contact tracing would be optional for both cities and users.

While other forms of contact tracing operate continuously in the backgrounds of people’s mobile phones, handling the tactic through a microtransit app would mean that contact information is only gathered when users share rides. This might make people feel more comfortable when it comes to privacy concerns, Mayaud said.

Despite the efforts to protect users’ identities, privacy and effective contact tracing have different, competing objectives, said Alexandre Bayen, a professor of electrical engineering and computer science at the University of California, Berkeley, and director of the university’s Institute of Transportation Studies.

For contact tracing to work well, the companies or health agencies need to know who is infected and where they have been — and when — to establish and communicate a possible chain of infection. For instance, China’s contact tracing system lets the state know the locations of the phones running the app, an addition to an already robust and controversial surveillance system. Chinese citizens are also issued digital barcodes on their phones, or QR codes, that dictate if they are allowed to be in public. The approach slowed the spread of the disease because it allows officials to alert people directly about their chances of infection, or to self-quarantine. This tradeoff between privacy and disease tracking is one “that every country will deal with differently,” Bayen said.

Microtransit may face other problems as well. While it may be possible to provide cheap rides to low-income people, in practice there could be issues in fostering equality, Bayen said. Such systems typically rely on smartphones, for instance, although some cities allow people to call in requests on any type of phone. Worldwide, cellphone usage varies greatly. And in the United States, only 53 percent of people aged 65 and over had a smartphone, according to a 2017 report from the Pew Research Center, potentially leaving one vulnerable population less able to use microtransit services.

Microtransit may also falter when the pandemic ends and more people are commuting again. Pre-COVID-19, it was a challenge for microtransit systems with fleets of small vans to make enough direct rides to match the raw people-moving power of a bus, Feigon said.

But, she added, microtransit could still be valuable as social distancing ends and more people begin to move around cities, though it’s likely in the wake of the pandemic, many people will continue to work from home, Feigon said. Because it is quite flexible, it could replace some fixed-route transit routes in the future. Further, one of microtransit’s biggest strengths, normally, is getting people to and from bus and train stations, she said, making it easier for people to use traditional public transit. It could also be used in rural areas with infrequent public transit service and large distances between stops, she said, adding that it is likely that more cities will adopt microtransit going forward.

In the meantime, while streets are relatively quiet, transit agencies can begin to consider new, innovative ways to create more resilient transit systems, Feigon said. This could take many forms, from e-scooters and bike lanes to things like microtransit, to accent public transit and reduce the congestion that private vehicles bring to cities.

“The new normal’s not going to be the old normal,” she added. “I think that we have the potential to either really build the system, or it’s going to fall apart.”