This story has been updated with a correction.

The coronavirus pandemic is transforming our political reality and our lives. Unnerving images of hospitals overflowing with bodies, miles-long car lines for food banks, and police using the emergency situation to harass and intimidate people of color reveal the undeniable failure and fragility of our current political and economic systems and our way of life. It’s no surprise that “a majority of Americans say worry about the coronavirus has harmed their mental health” in some manner, according to a recent poll.

Meanwhile, the looming climate emergency and sixth mass extinction are hanging over our heads and contributing to an overall feeling of fear, dread, and unease about the future. According to a recent study, within 50 years, billions of people will live in a climate so hot that it’s “unsuitable for human life to flourish.”

In the age of pandemic and an emerging climate crisis, many of us are readjusting our expectations for the future. Young people are grappling with the loss of hopes, plans, and certainty about the future in a particularly acute way. A 2019 Zogby poll found that 80 percent of young Americans think that global warming is “a major threat to human life on earth as we know it.”

“I try not to think that far into the future,” Cas Gustaffson, a sophomore and political activist at Johns Hopkins University, told me. “I know what I would like to do, but I don’t really know that’s going to be an option. My friends and I try to make plans, but we accept that they might not work out the way we want them to.”

Last month was the 50th anniversary of the first Earth Day. Student activists were planning a three-day strike, which I believe would have drawn millions to the streets and been the largest climate demonstration ever. (Instead, they hosted an excellent three-day livestream). Why would millions of young people protest? Because everything is on the line, and many of them are translating their grief and terror into action.

An American Psychological Association report found that “one of the best ways to characterize the impacts of climate change on perceptions is the sense of loss.” As a clinical psychologist, I know that when confronted with devastating losses, grief is the only healthy way to respond. As the saying goes, “The only way out is through.” You can’t get “over” grief; you also can’t get around it or away from it. The only way out of grief is through it. Grief allows us to process the reality of our losses, and adapt to a new reality. Grief ensures we don’t get stuck in the paralysis of denial, living in the past, or in fantasy versions of the present and future.

Young people are leading the way, showing us how to turn grief into action. They understand that we have two choices at this point: transform or collapse. Many are attempting to speed up the transformation of society, while also preparing for collapse. They are simultaneously adapting to a future they don’t want and fighting to take their future back.

Shiv Soin, a sophomore at New York University who runs a local and state-level grassroots lobbying organization called Treeage, worries that if he pursues his educational ambitions, he won’t be able to fully engage with changing the world until it’s too late. “I have plans, but there is always this thing in the back of my mind — we need to get so much done by 2030, and I will be only out of graduate school,” he said. “It’s really hard when you are going to college, to grad school, trying to expand your knowledge, but this is in the back of my head.”

Anna McClurkan*, a recent graduate of Michigan State University, is pursuing a career in regenerative agriculture and food systems in part so that she will be able to help her community in the food-insecure future. “We are consuming so much and going through so much every day, even in times of stillness like now,” she said. “But having strong local, community agriculture will help make the whole system more resilient.” McClurkan is also organizing with Extinction Rebellion to create a better future, one that isn’t defined by food insecurity and breakdown. She has a sense of optimism that is linked to her sense of agency. “Younger generations, myself included, are absolutely part of shaping the future,” she said.

While quarantined, many of us have time for reflection and emotional expression. Hopefully, we can use this pause to reflect on and grieve the fact that our economic and political system is fundamentally, dangerously broken. We cannot go back to “normal” because normal was killing us. Even though protest in the street is paused, we can still fight for a safe climate by facing and processing our grief and fear about the future and having conversations with our friends and family about those feelings. We need to get busy building the movement for an emergency response to climate change and a transformed future. 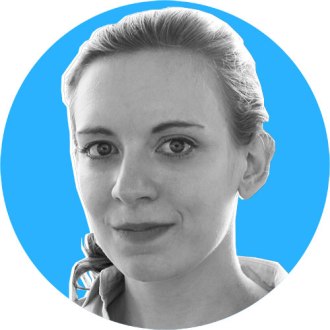 Margaret Klein Salamon, PhD, is the founding director of The Climate Mobilization. She is author of the recently released self-help book Facing the Climate Emergency: How to Transform Yourself with Climate Truth.

Coronavirus is coming for wildland firefighters. They’re not ready.