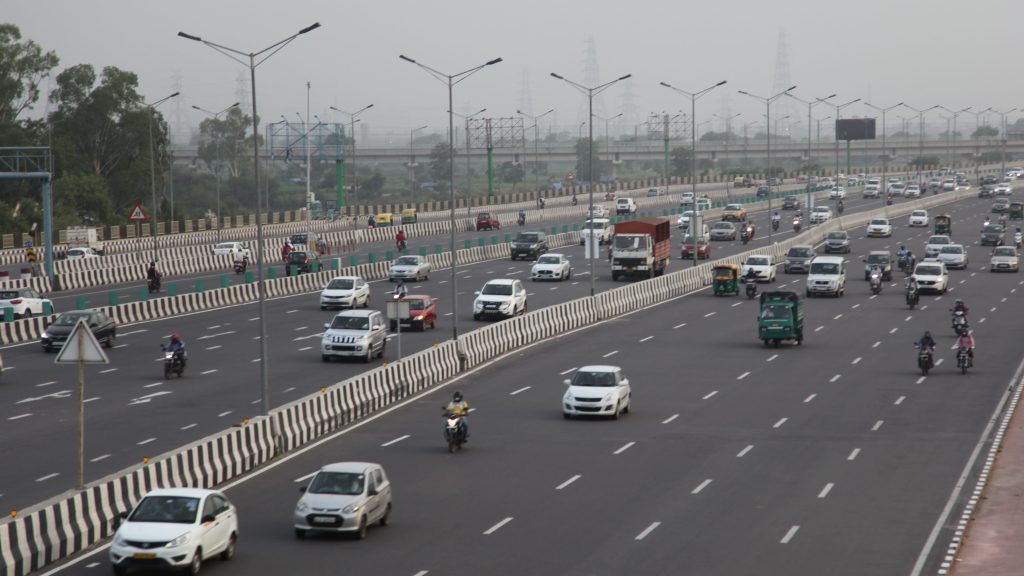 Cars travel through the highway connecting New Delhi and Noida as India eases after 68 days of lockdown in June. Photo by Pallava Bagla / Corbis via Getty Images
teach your children

Harriet Forster had a lot of free time this spring when the COVID-19 pandemic caused the cancelation of her university entrance exams in the U.K. The teenager decided to start scrounging up mobility and air-quality data from around the world with her dad, Piers Forster, a climate scientist at Leeds University.

A father-daughter scientific collaboration was born that would produce, in a paper published Friday, the most-detailed picture of quarantine’s effect on global warming to date. It shows that while the pandemic has seriously reduced the rate that humanity is pumping greenhouse gases into the atmosphere, the current situation is not a deus ex machina. After looking over the study, Alex Hall, director of the Center for Climate Science at the University of California, Los Angeles, said he saw no obvious problems with their methods. “It seems pretty sound,” he said.

Imagine multiple effective vaccines are developed to fight the coronavirus, and in 2021 people go back to driving and consuming. If we are back to normal by then, the entire quarantine will have only reduced global warming 0.01 degrees C (0.02 degrees F) below the temperature scientists expected to see in 2030 before the pandemic.

Oof, that’s not a lot of impact for a whole lot of hanging out at home. But in some ways, this finding might point to an important solution. The Forsters and their coauthors suggest that a “green stimulus” that holds emissions down post-pandemic might have a chance of keeping the world at a relatively safe level of heat.

“What the paper — and the projected climate impacts of our global COVID-19 response — really illustrates, is that to have a good chance of limiting global warming to the Paris Agreement target of 1.5 degrees C (2.7 degrees F) by 2050, we essentially need reduction in carbon emissions similar to that caused by the initial pandemic response every single year for the next decade and beyond,” said University of Minnesota climate scientist Peter Neff, in an email. (Neff was not involved in the study.)

After pulling together several datasets from during lockdown, the Forsters asked 12 other scientists to help the pair make sense of them. Cell-phone GPS tracking the father-daughter team obtained suggested that driving had plummeted. In April, 80 percent of the people in the world were moving around less than half as much as normal, according to Google data. Mobility fell more than 80 percent in Jordan, Mauritius, Peru, Bolivia, and the Dominican Republic.

The Fosters also found data from air-quality monitoring stations around the world to measure changes of the gas nitrogen dioxide in the atmosphere. It’s hard to measure carbon dioxide directly over a short period of time, but nitrogen dioxide is a good proxy because it’s released along with CO2 when we burn fossil fuels. The measurements suggested that emissions dropped by nearly a third in April. The decline in car and air travel was probably responsible for most of that.

Industrial pollution had also fallen. At the same time, emissions from powering, heating, and cooling homes rose a little. The drop in emissions bottomed out in the first half of April. After that, we were already well on our way back to, you know, ruining our futures, as normal.

Speaking of futures, Harriet Forster is looking forward now that her turn as a published scientist is over. “I’m going to London next month to study art but I also did chemistry at A-level so was glad to use what I learned in my chemistry classes to do something useful,” she said in a statement.

According to Neff, comparing this spring’s quarantine to efforts on global warming is a “visceral reminder” of the significance of the challenge facing civilization: We’ve got a much bigger curve to bend.