Exxon knew, Shell knew, coal knew — is it any surprise that top auto manufacturers knew, too?

A new investigation from E&E News revealed that Ford and General Motors knew as early as the 1960s that car emissions caused climate change. Scientists at both companies were “deeply and actively engaged” in research linking their products to global warming, according to Carroll Muffett, president and CEO of the Center for International Environmental Law, which obtained hundreds of company documents for the report. And yet despite this information,GM and Ford spent decades eschewing electric vehicles and doubling down on gas-guzzling SUVs. They financed climate denial groups who worked to block international climate agreements and opposed stricter U.S. emissions standards.

E&E News’ five-month-long investigation into the automakers’ knowing climate culpability is the latest in a long list of corporate environmental cover ups. In 2015, reporting from InsideClimate News and the L.A. Times implicated virtually all of the world’s major oil and gas companies in the decades-long suppression of climate science, sparking the #ExxonKnew movement online. A later report from the Energy and Policy Institute suggested the same was true of many electric utilities. 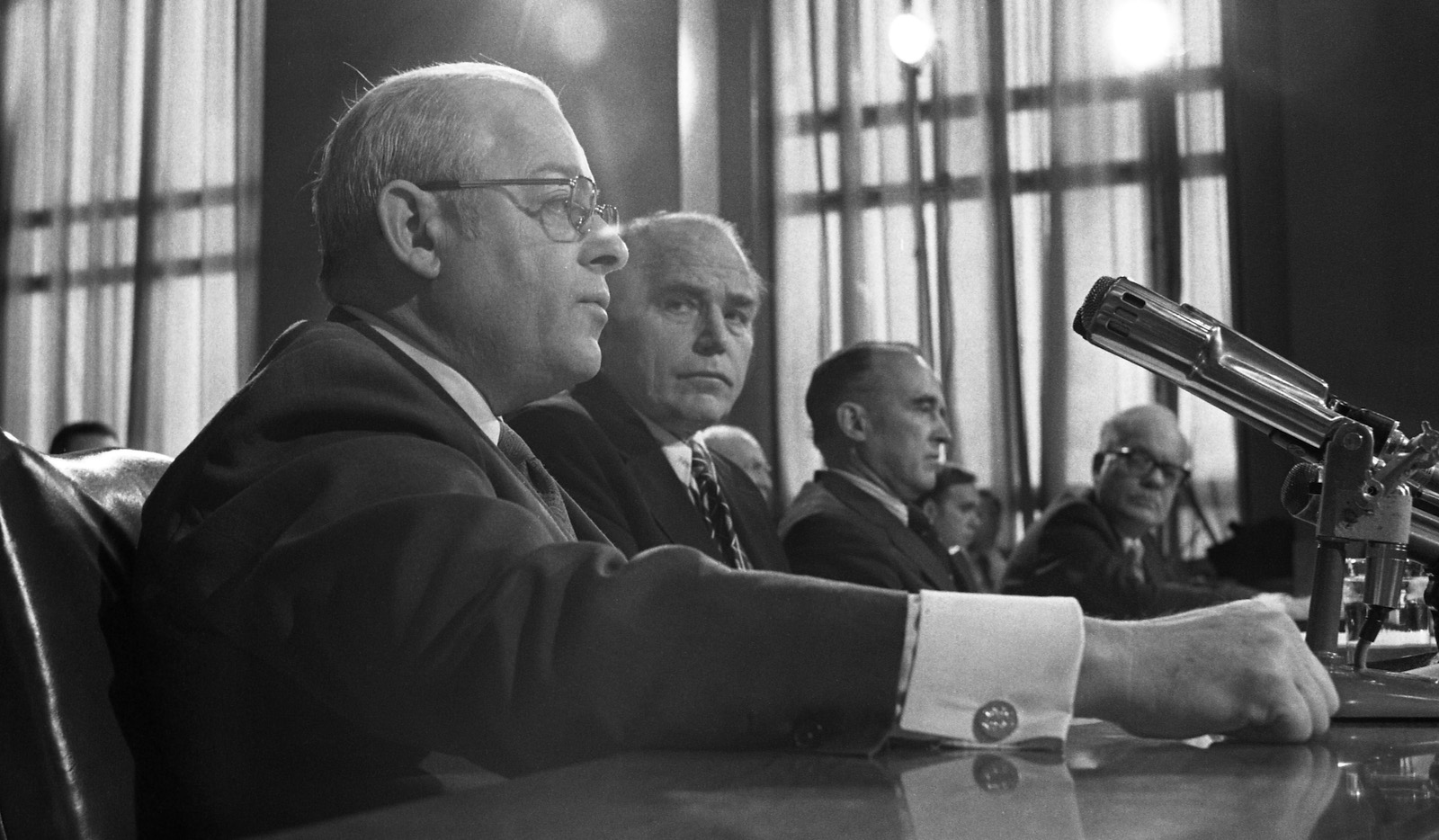 Testifying before a Senate subcommittee on air pollution, executives of the nation’s four biggest auto makers said that despite millions of dollars in research and development, they were unable to meet government clean air emissions standards for 1975. Bettmann Archive / Getty Images

At GM, the story began with Ruth Reck, a Minnesota State University physicist who joined the company in 1965. Collaborating with scientists from Princeton University, her early research attempted to quantify the amount of light and heat that the Earth absorbs. In one 1975 paper on aerosols — the tiny particles that cars emit when they burn fossil fuels — she wrote that they could cause atmospheric warming near the Earth’s poles.

Reck told E&E News that she warned her colleagues about how these warmer temperatures could cause ice sheets to collapse and ocean levels to rise. “It disturbs the entire globe and it disturbs the food we can grow and everything else,” she recalled saying. Reck and her collaborators at GM presented this research and other findings to at least three high-level executives, including a former chair and CEO and the vice president of government relations.

Scientists at Ford offered similar warnings about climate change. One physicist, Gilbert Plass, had already published scientific articles on “The Carbon Dioxide Theory of Climate Change” before he arrived at the company in 1956. Another researcher, Darrell Burch, studied CO2 absorption in the atmosphere. (E&E News was not able to determine whether the research was shared with top Ford executives.)

While at Ford, Plass pointed specifically to the burning of fossil fuels as a key driver of climate change. In 1961, he even predicted that human activity would cause a 1.1-degree-C rise in global temperatures each century. As of 2019, Earth has warmed about 1.15 degrees C from its preindustrial average.

Ford and GM chose not to heed their in-house scientists’ warnings about climate change. Until the turn of the century, the auto companies were part of climate denial groups like Global Climate Coalition, which lobbied against climate action at the Rio Earth Summit and the Kyoto Protocol. And between 1985 and 2008, Ford and GM gave more than $3 million to conservative, anti-climate groups like the American Enterprise Institute.

Moreover, the companies seem to have put little effort into improving their vehicles’ fuel efficiency or developing electric cars. Ford cars improved by 0.4 mpg between 1985 and 2010, inching from an average of 20 mpg to just 20.4 mpg. GM autos virtually flatlined over the same period.

But amid growing public awareness about the climate crisis — and rising demand for more environmentally-friendly vehicles — Ford and GM recently seem to have retreated from climate denial. Both companies now acknowledge the need for climate action and have set goals to become more sustainable. Ford says it will release an electric F-150 pickup truck in 2022 and wants to become carbon neutral by 2050.

GM says it plans to release at least 20 new EVs by 2023 — including an electric version of its 6,000-pound Hummer. “There is nothing we can say about events that happened one or two generations ago,” a GM spokesperson told E&E News. “They are irrelevant to the company’s positions and strategy today.”