Is the new Hummer EV actually a disaster for the planet? 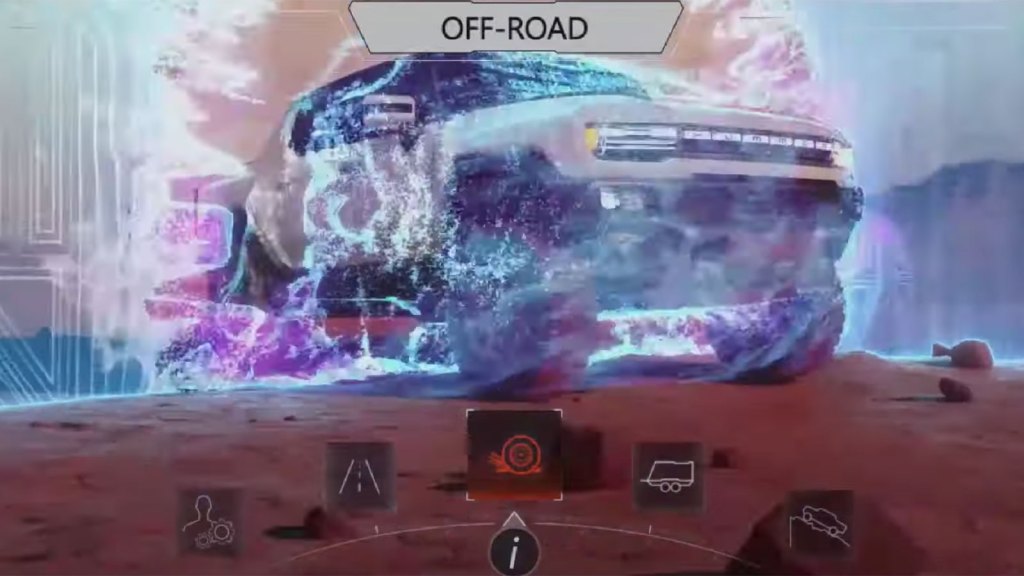 Is the new Hummer EV actually a disaster for the planet?

First the cybertruck, now the “supertruck”. With an assist from LeBron James, General Motors resuscitated the Hummer this week, America’s much maligned military-Humvee-turned-suburban-road-hog. The new Hummer is ginormous. It “crabwalks” diagonally on all four wheels. It’s $112,595. And it’s … all-electric.

Yes, GM just jumped into Tesla’s territory: creating extravagant, over-the-top vehicles that also happen to plug into the grid. The high-end version of the new Hummer has 1,000 horsepower, a 350-mile range, and a “hands-free” driving option. It’s also massive, seven feet tall and an insane 18 feet long. It would be at home in a war zone or, according to an ad narrated by LeBron James, climbing over rocks in a picturesque desert.

To state the obvious — the new Hummer is an oxymoron on wheels that could make environmentalists want to tear their hair out. Sure, running everything on electricity is important to combat the climate crisis, but starting with a gigantic truck that weighs around 6,000 pounds? One writer said slapping an electric motor on a Hummer is the “vehicular embodiment of putting lipstick on a pig.”

Let’s dig into that a little bit. Emissions from electric vehicles come from two main sources: manufacturing the car and an electrical grid that may still be powered by some fossil fuels. (Today, coal, oil, and gas still generate around 60 percent of America’s electricity.) The bigger the car, the more emissions. It simply takes more energy to construct and tote around roughly three tons of mass than it does to power a little Nissan Leaf or a teeny-tiny Smart car. Not to mention the fact that the heftier the car, the more likely it is to kill pedestrians — big, tall vehicles are 2 to 3 times more likely to be involved in fatal collisions. (Though it might be useful in the end times: Elon Musk, the co-founder of Tesla, once said that his all-electric “cybertruck” would be “probably helpful in the apocalypse.” Reassuring.)

It’s not like we don’t have a use for all the energy it takes to power one of these behemoths. Yes, it would be good for the climate if we electrify just about everything in the world and run it on renewables, but we also need to make our energy use more efficient and streamlined. Even in America’s car-obsessed culture, that means taking buses and trains to get around — not buying a personal metal box modeled off a war machine. As my colleague L.V. Anderson put it, “Energy efficiency is a huge part of any serious climate plan, and SUVs the size of a stegosaurus are a slap in the face to that, even if they’re running on solar/wind instead of gasoline.”

All that said, the Hummer EV may do something kind of useful: make all-electric driving appeal to people who aren’t that into the environment. According to an analysis from Priceonomics back in 2012, the top markets for the Toyota Prius were about where you’d expect: Los Angeles, San Francisco, Portland, and other lefty urbanized areas. Those cities also have some of the highest number of electric car chargers available.

The top markets for Hummers, meanwhile, were in Allentown, Pennsylvania (also identified as the “least hipster city in America”), Milwaukee, Madison, and Minneapolis. Even if early Hummer EV owners are only those who can afford to shell out $112,000 on a massive “supertruck,” the purchase of these metal monstrosities could increase the push to install chargers, and provoke even more EV ownership down the line in decidedly non-hipster, non-environmentalist markets. Musk may be a weirdo who named his child “X Æ A-Xii,” but he did succeed at getting a bunch of rich tech bros to start driving EVs. Musk made the car seem cooler than the whole “saving-the-Earth” bit.

For some people, driving a Hummer is also a status symbol. There’s nothing that says look how much of a badass/jerk I am than a car so tall that you need a ladder to climb down from the driver’s seat. And even though that’s not everyone’s idea of fun — Prius drivers, unite! — buying a Hummer might be some people’s first step into an eco-friendly lifestyle. Cutting carbon emissions is, after all, kind of a choose-your-own-adventure situation. Decide to have one fewer child to fight climate change? Good on you. Avoiding all plastic to save the ocean? Go for it! Buying an electric Hummer instead of a similarly giant gas-guzzling SUV? Uh, sure.