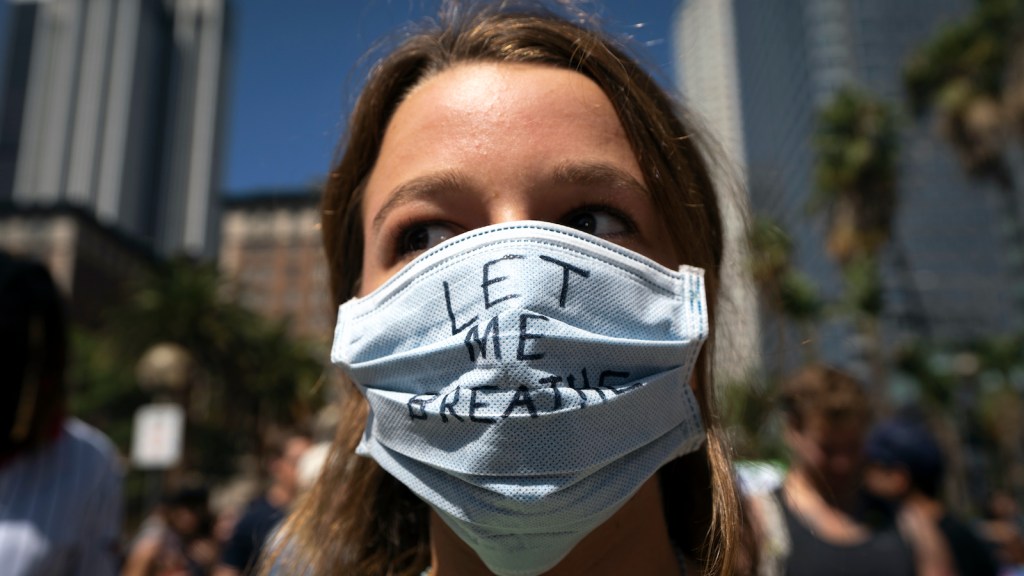 Imagine that you’ve lost your job. (Since total unemployment claims skyrocketed to 36 million last week, you may not have to imagine.) You’re not just worried about catching a deadly infectious disease, you’re also anxious about how to pay the bills and how to put food on the table. Who has the mental space left to care about catastrophic climate change?

The answer, according to a new report from Yale and George Mason universities, is a majority of Americans. Even as the coronavirus pandemic has infected over 1.5 million people in the United States, two-thirds of Americans are still worried about climate change.

Researchers surveyed 1,029 adults in the U.S. between April 7 and April 14, one of the most intense weeks of the coronavirus crisis. They found that a record-tying 73 percent of Americans believed that global warming was happening, and that about six in 10 Americans understand that it’s human-caused.

Even more remarkable, researchers said, was the fact that 66 percent of Americans surveyed were at least “somewhat worried” about global warming, and a quarter of them were “very worried.” After decades of inaction on cutting carbon emissions, worries about the heating planet are now competing with a historic pandemic.

“Cognitive psychologists talk about a ‘finite pool of worry,’” said Ed Maibach, a professor at George Mason University who studies climate communication, and one of the authors of the report. “The hypothesis is that people can only worry about so many things at any one time.” Researchers expected that their respondents — whose brains were filled with concerns about COVID-19 — would have other things on their minds.

There was a sharp drop in concern about climate change following the 2008 financial crisis, which led some experts to speculate that Americans simply didn’t have enough bandwidth to stress over a crashing economy and an overheated planet. That also coincided with “the climate denial industry going into hyperdrive,” Maibach said. Fossil fuel companies and conservative groups at the time were spending millions of dollars attempting to discredit and hamstring mainstream climate science.

But according to the study, the global pandemic and lockdown are not turning Americans away from the looming problem of climate change. The latest figures add to a trend of increasing belief in global warming since 2015, which some have attributed to changing demographics and impossible-to-ignore consequences of climate change in everyday life — like record temperatures and record-shattering heat waves around the world. Maibach said that more than half of Americans see climate change as a threat to the health of their communities, an increase of 15 percentage points over the past five or six years.