How many wildland firefighters have COVID-19? Some agencies won't, or can't, say. 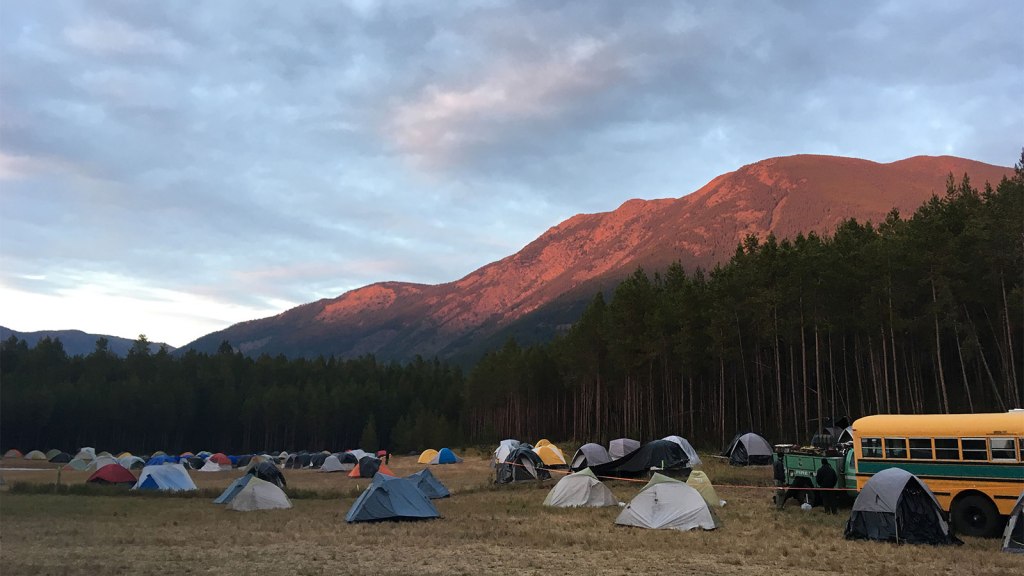 Wildland firefighter Alexandru Oarcea fought fires in Arizona with his 20-person crew for four months this season. He faced three of the biggest wildfires in the state’s history, all of which required hundreds of firefighting personnel to contain, and fought fires on the Navajo Nation, which had the highest per-capita coronavirus infection rate in the U.S. in May. Last week, his unit traveled to northern California, where peak fire season is just getting started. He’s now at a fire camp — makeshift cities that serve as bases for hundreds or even thousands of firefighters working to contain large blazes — on a fire that spans more than 80,000 acres. “Insanely crowded camp even for a normal season,” he texted me earlier this week. “This place is gonna turn into a covid nightmare!”

But if Oarcea comes down with COVID-19 at the fire camp, or anywhere else this season, it’s not clear what his employer will do about it. Oarcea works for the U.S. Forest Service, which manages 193 million acres of national forest and grassland, as well as about two-thirds of all of the country’s wildfire resources, including 10,000 firefighters and equipment like fire engines and helicopters. A spokesperson for the agency told Grist that the Forest Service does not have information on coronavirus cases among its wildland firefighters. The agency is “in the process of separating the fire employees from the non-fire employees who have tested positive” in its efforts to track COVID-19 cases, the spokesperson said.

For wildland firefighters, social distancing to prevent the spread of COVID-19 is difficult: Wildland crews fight fires shoulder to shoulder, congregate in huge numbers at fire camps, and travel in tight quarters across the country multiple times a season to fight big fires wherever they crop up. Wildland firefighting agencies have implemented some changes this season to reduce crowding — by serving boxed meals at fire camps instead of running buffet lines, for instance — but there’s only so much that can be done to prevent personal contact among firefighters.

That leaves contact tracing and isolation as firefighting agencies’ best tools for reducing COVID-19 transmission among firefighters — but it’s impossible for an agency to use these tools when it doesn’t know who’s been infected in the first place.

Samantha Montano, an expert in emergency management and an assistant professor at the Massachusetts Maritime Academy, says keeping track of COVID-19 cases among wildland firefighters is important for a couple of reasons. Ideally, she said, federal agencies “would be tracing who is sick and who they have had contact with so they can try to minimize the spread.”

Keeping track of cases not only helps keep as many firefighters healthy and working as possible, it’s also important from an emergency management perspective. “If a significant number of wildland firefighters are out sick with COVID that is information needed by people on the ground so they can make informed decisions about how to approach managing fires,” Montano said. “It is important to know what resources” — including firefighters — “are available at any given time.”

At the Forest Service, though, “Nobody is keeping track,” Oarcea said.

Of the five federal wildfire-fighting agencies Grist reached out to, only the Forest Service, the National Parks Service, and the Bureau of Land Management (BLM) responded to requests for information about COVID-19 cases among wildland firefighters this season. The Bureau of Indian Affairs and the U.S. Fish and Wildlife Service did not respond by the time this article was published.

A spokesperson for the National Parks Service declined to say how many of the agency’s wildland firefighters have tested positive for COVID-19 so far this season. The spokesperson said that, in the event that one of its employees exposes other workers to the virus, “the NPS Office of Public Health will work with local authorities and the impacted employees to follow proper public health procedures to keep one another safe.”

The Bureau of Land Management said it’s had 32 confirmed cases of COVID-19 in its Fire and Aviation division. “In every case, managers took swift action to isolate infected employees to prevent further spread,” a spokesperson said. Both the BLM and the Forest Service said they are working with employees to get them tested if they were exposed directly or are exhibiting symptoms.

States seem to be doing a better job of keeping tabs on infections among wildland firefighters. Alaska’s state Division of Forestry has had no cases of COVID-19, Alaska Division of Forestry public information officer Tim Mowry told Grist via email. The state of Alaska has implemented stringent testing measures for anyone coming into the state, which means wildland firefighters coming in from the lower 48 have to get tested before beginning work. The tests are free if they’re processed by the state.

Kristen Sleeper, public information officer for the Montana Department of Natural Resources and Conservation, told Grist that there have been no known cases of COVID-19 among the department’s wildland firefighters. She said crews are working with local health departments to get tested as necessary. “We have had wildland firefighters get tested for COVID and quarantine out of an abundance of caution,” she said, “but all tests have come back negative.”

CALFIRE, California’s formidable state firefighting department, has had 33 positive tests of COVID-19 as of July 22, a CALFIRE spokesperson said. Each firefighting unit is subject to its respective county’s guidelines for testing, and units are required to report positive tests to the agency. “If someone were to test positive for COVID they would need to go directly to their supervisor to report that,” the spokesperson said.

Mass coronavirus outbreaks among wildland firefighters have not occurred yet, at least not that we know of. It’s possible that crews will be able to avoid major outbreaks throughout the fire season out of sheer luck. But disparate coronavirus-tracking practices among state and federal agencies could make contact tracing difficult when firefighting crews from a hodgepodge of agencies come together at fire camps like the one Oarcea is at now.

“Effective emergency management rests on having accurate data,” said Montano. “If we don’t know who is sick appropriate actions cannot be taken to stop COVID from spreading.”