Gas and oil will save us all, say oil and gas companies 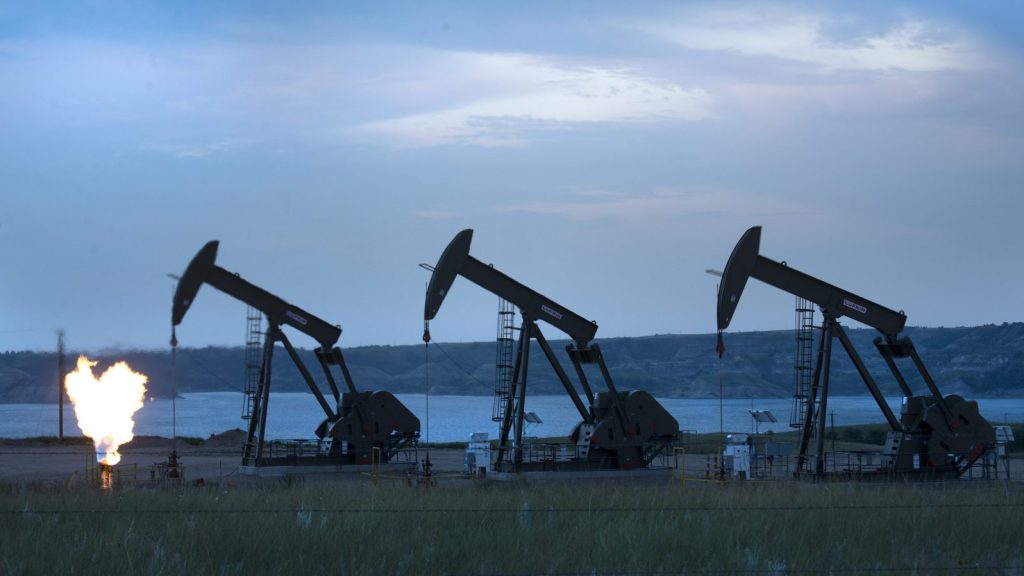 Gas and oil will save us all, say oil and gas companies

It’s supposedly the dawn of a new era for oil and gas. Oh wait, switch that to “natural gas and oil.”

The American Petroleum Institute, Big Oil’s biggest lobbying group, is rolling out a new ad campaign focused on “energy progress” and heralding its efforts to address the need for cleaner energy. “Natural gas and oil,” says a new ad, reversing the usual order of things. “This is energy progress.”

The ads will appear on TV, social media, and billboards around the country this year, targeting oil-and-gas producing states like New Mexico and Pennsylvania as well as swing districts in Michigan, Wisconsin, and Minnesota. And it just happens to coincide with a big election year.

The API’s new videos are all about how “natural gas is at work for you” — as opposed to cooking our overheating planet. One announces that the fuel is “ensuring a cleaner future” and “building a more resilient America.” Family-friendly images flash onscreen: an ice cream shop worker hands someone a milkshake, a couple walks through a park holding hands, and a pizza shop guy moves some dough on the counter. It’s reminiscent of the scenes that serve as the backdrop for side-effect voiceovers during drug commercials.

It’s true that natural gas is generally cleaner than other fossil fuels. The fracking boom is largely responsible for a dip in U.S. emissions last year, since natural gas edged out coal. But the methane-burning fuel is hardly a long-term solution to climate change. In practice, booming oil and gas production threatens to undermine the progress on greenhouse gas emissions from coal’s death spiral.

The fossil fuel industry has been trying to sell people on the idea that natural gas is the answer to our climate predicament for more than a decade now, and it’s kind of working. A Gallup poll last year found that support for expanding natural gas production was at 46 percent, while only 28 percent want more oil production. By a stroke of luck, “natural” just happens to be one of America’s favorite marketing terms.

“Sometimes, we use ‘gas and oil’; sometimes, we use ‘oil and gas,’ Mike Sommers, the institute’s president, told reporters after an event on Monday. “There’s no definitive moment when we’re using one or the other. I think we use them interchangeably.”

While Sommers shrugged off the difference, the alternative phrase isn’t exactly in common use. Data from Google Trends suggests that “oil and gas” is a popular search term, while interest in “natural gas and oil” hovers near zero. It’s just one of many clever turns of phrase the industry has used over the years, like “clean coal” and “ethical oil.” It wasn’t that long ago that oil was simply oil, not the more appealing “energy.”

API gets one thing right. Fossil fuels really do power much of modern life, like your cross-country road trips, coal-fired pizzas, and Netflix addiction. But what you won’t see in the advertisements is the disasters they stoke: catastrophic wildfires in Australia, deadly floods in Indonesia, and other devastation linked to climate change. Of course, nobody expected the American Petroleum Institute to imagine a fossil-free future.