Is waging 'war' the only way to take on the coronavirus? 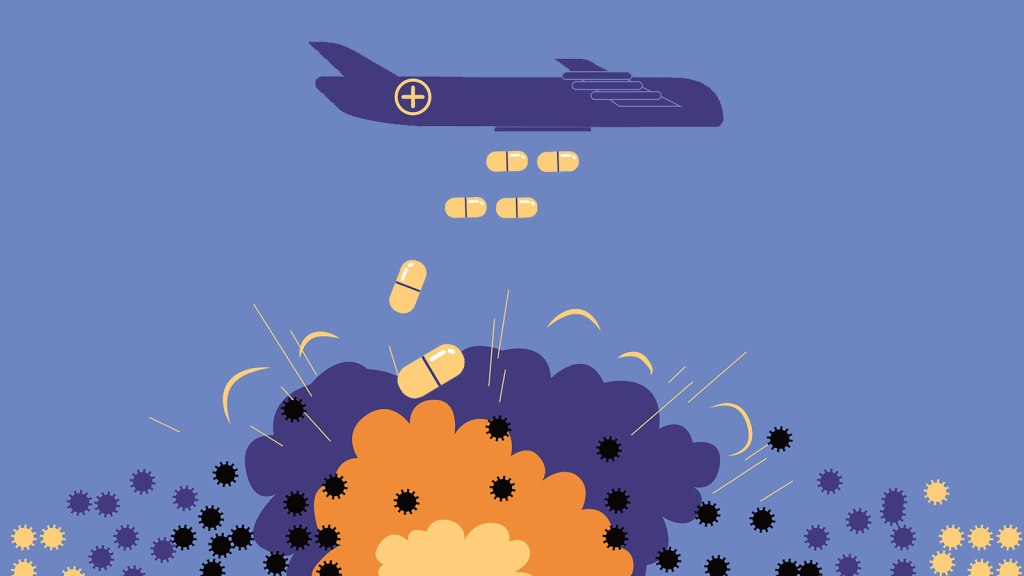 Is waging ‘war’ the only way to take on the coronavirus?

What do climate change, drugs, and Christmas have in common? The United States has supposedly been at “war” with all of them.

When facing any sort of crisis, big or small, Americans often frame the situation through the lens of a battle. So when coronavirus brought daily life in the United States to a halt last month, it seemed nearly inevitable that President Donald Trump would declare himself a “wartime president.”

“The world is at war with a hidden enemy,” he tweeted. “WE WILL WIN!”

Similar language has been invoked by leaders around the world. France’s President Emmanuel Macron deployed the phrase “we are at war” no less than six times in one speech last month. And in a rare special address to the United Kingdom last week, Queen Elizabeth II invoked the “Blitz spirit” of World War II, a time of shared sacrifice.

Wartime rhetoric serves as an aggressive moral appeal, drumming up emotion and calling people to action. But here’s the thing about the war on coronavirus: We’ve already lost it.

“I think war metaphors are best used as a mobilizing effort,” said Stephen Flusberg, an associate professor of psychology at Purchase College in New York. “And it’s too late in the United States. We’ve failed.”

If coronavirus were truly a “war,” the United States would be the best prepared in the world, with a so-called “defense” budget at $700 billion a year and climbing — more than what the next seven largest countries spend added together. What the country was unprepared for was a pandemic, something infectious disease experts had warned was eventually coming.

Warlike language has been part of our speech for so long, it usually goes unnoticed. When the Spanish Flu hit England in the summer of 1918, newspapers warned their readers to prepare “defenses” against the disease. Soon enough, they described the flu as a “new foe,” and people freaked out, panic-buying quinine. It sounds all too familiar to anyone who’s been following the news of coronavirus, which the New York Times first painted as a “mystery” illness in January, something to “combat” in February, and an “all-out war” in March.

Fighting words have their time and place, language experts say, but public discourse seems to get stuck fighting everything. Studies show that this framing can paralyze people with fear and limit our collective imagination about what can be done to fix complex problems. In times of pandemic, calling the virus an “invisible enemy” can evoke xenophobia and racism. The framing primes people to view problems like climate change as a battlefield — this side vs. that side — widening partisan divides while obscuring any common ground.

“When a metaphor is used again and again and again, it really makes people experience something in those terms,” said Veronika Koller, a linguist at Lancaster University in England. In other words, people start to feel like they’re living in wartime. This can help governments gain public support for short-term actions that would normally be unpopular, like closing borders or exercising emergency powers. But for a prolonged crisis, it results in fatigue, Koller said. From climate change to cancer to coronavirus, the struggle is not a matter of weeks, but months, years, and decades.

Researchers say that it’s clear we need a new way to discuss big problems, a broader repertoire of metaphors to choose from. “There’s a paucity of the imagination around insurmountable challenges,” said Brent Ryan Bellamy, an instructor at Trent University in Canada.

Last week, Trump tweeted, “The Invisible Enemy will soon be in full retreat!” Though he didn’t mention the virus, no one seemed confused by what he was referring to — a sign that the war narrative has firmly taken hold. But others are already describing the pandemic in creative terms, comparing the government’s response to a storyline in a Harry Potter book, or practicing social distancing to a string section playing quietly (it only works, after all, if everyone does it). A group of linguists are attempting to #ReframeCovid, tracking international efforts to put new words to the crisis.

Flipping the usual script can lead to fresh critiques, new alliances, and eventually, if the new metaphors take hold, different ways to cope.

Coming next week: A look at efforts to use a new vocabulary to take on social problems.