For more than a year, just about every Friday at noon, Invaliden Park in downtown Berlin was transformed into a vivacious, noisy, swarming hubbub with teenage speakers, bands, and live dance acts — as well as Germany’s top climate scientists — all sharing a makeshift stage and a microphone. Several thousand mostly school-age pupils waved banners and placards proclaiming “There is no Planet B,” “School Strike for Climate,” and “We’re on strike until you act!” Their chants against fossil fuels and for swift, decisive action on global warming echoed against the granite facades of the federal ministries for economy and transportation, both adjacent to the square.

The happening was the weekly “school strike” in Berlin of Fridays for Future (FFF), the climate crisis movement that began in 2018 with the Swedish teenager Greta Thunberg skipping school once a week to protest her country’s half-hearted response to climate change. The movement then ricocheted across the globe, mobilizing school-age young people — in wealthy countries as well as poor — as never before. Last year, the campaign culminated in international demonstrations of millions in cities and towns from Cape Town, South Africa to Anchorage, Alaska, all with the same goal: to force their nations to cut greenhouse gas emissions and become carbon-neutral by 2050.

“There was a brilliant logic to the school strikes that drew people in,” explains Bill McKibben, author and cofounder of the climate action group 350.org. “If [the adult world] can’t be bothered to prepare a liveable world for me, why should I be bothered to sit in school and prepare for that future? That basic idea really hit home.”

Fridays for Future can claim some significant achievements, including strongly moving public opinion in favor of climate action and helping Green parties in Europe make major gains in elections. Still, even before the coronavirus outbreak and the banning worldwide of gatherings and demonstrations, the momentum of Fridays for Future had slowed. Fewer young people were attending the weekly protests, and the movement was recalibrating its strategy and tactics, shifting to stepped-up election activities and direct-action campaigns against fossil fuel interests, with mixed success.

Now, the worsening coronavirus pandemic is forcing Thunberg and other leaders of FFF to further alter tactics. Fridays for Future in Germany and other countries has suspended all public demonstrations — until now the movement’s mainspring and source of its high-profile media image, as well as donations. “In a crisis we change our behavior,” Thunberg tweeted earlier this month, “and adapt to the new circumstances for the greater good of society.” The Global Climate Strike, an international demonstration scheduled for April 24, has been called off. Thunberg proposed that FFF go digital by blanketing the internet and social media with the movement’s message.

Thunberg’s tweets don’t hint at it, but the virus and the public lockdowns have thrown the movement — already struggling to build on its spectacular protests of 2019 — into confusion. How can it pressure governments or businesses when gatherings are banned? How can the movement attract media coverage in the midst of a global pandemic? Will ordinary people faced with children at home or sick relatives or no jobs care about the climate when the COVID-19 crisis has turned their lives upside down? And will countries now sideline climate protection in order to put all of their energy and money into fighting the pandemic?

“Last year climate change was topic No. 1,” says Volker Quaschning, a professor of renewable energy systems at the University of Applied Sciences in Berlin, and one of the German scientists who had lobbied officials to take decisive steps to curb climate change. “Today it’s corona.”

“They had an incredible media presence last year,” says Moritz Sommer, a sociologist at the Institute for Social Movement Studies in Berlin. “Now there’s next to nothing in the media, and I don’t see this changing this year.”

Luisa Neubauer, the 23-year-old face of FFF in Germany, was a constant presence on talk and news shows during the height of the protests in 2019. Neubauer, who is often referred to as “Germany’s Greta,” told Yale e360 that the movement is in transition, adding, “We’re trying to figure things out now. Beating the coronavirus is the first thing we have to do, but the fight to save the climate can’t stop. It will continue in other ways and when this crisis is over the climate crisis will look different. We may even have a better chance. We know that political will, when it is there, can move mountains. We are experiencing this right now in the corona crisis.”

As for Thunberg’s call for digital activism, Neubauer admits that it can’t replace what FFF had accomplished on the streets. “But our generation and the climate movement are already digital,” she says, “and there are things we can do.” Already, the German branches of FFF have an internet learning program on YouTube for the millions of children not attending school.

FFF has unquestionably enjoyed major successes over the past year-and-a-half. The protests struck a chord with people who until then hadn’t taken climate change seriously enough to have it impact their vote or lifestyle. The movement was strongest in Europe, but even in the United States the protests caught on and helped propel the Green New Deal, a proposal for tackling the climate crisis in the U.S., high on the agenda of Democratic presidential candidates. Last September, 250,000 people across the U.S. marched in the FFF’s Global Climate Strike — the largest number ever to turn out for a U.S. climate protest. 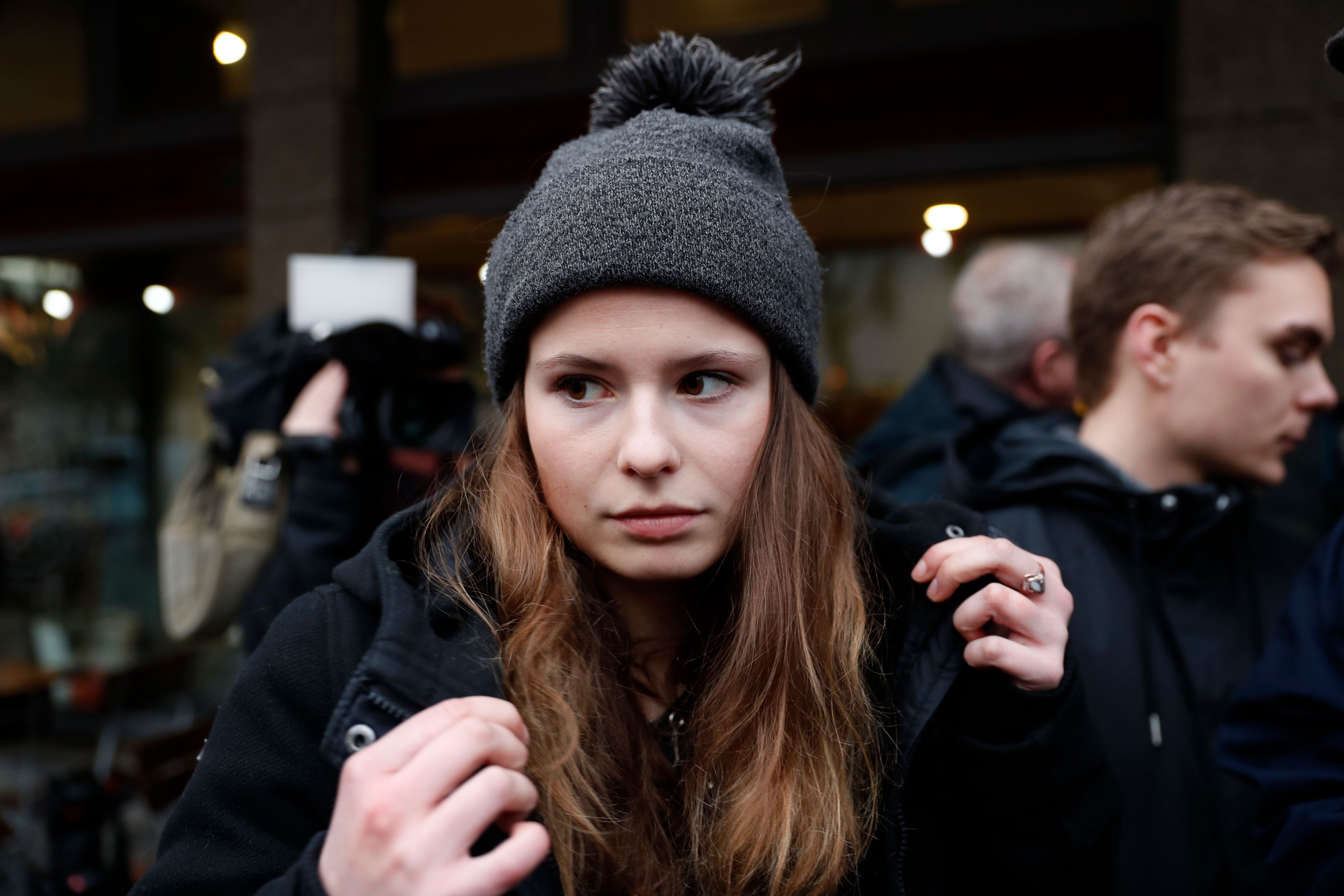 Outside of the U.S., the numbers of those prioritizing global warming shot up dramatically in the wake of the FFF demonstrations, opinion polls and elections showed. Before the coronavirus, people in Europe and in China identified climate change as the foremost challenge. And many European Green parties, which had campaigned for rigorous climate policies for years, have doubled their vote tallies in local, national, and European Union elections — a result also of the extreme weather in 2018 and 2019 that brought record droughts, heat, and floods.

The FFF demonstrations “changed the whole landscape of the climate movement and the way ordinary people think about the climate crisis,” says Insa Vries of the German anti-coal group Ende Gelände, which had been occupying coal production facilities since 2015. “They were able to get through to much larger swaths of the population than we ever could, including unions, established NGOs, older people, and the world of pop culture.”

“The Fridays’ activists accomplished in just months what we had been trying to do in the halls of power for 10 years,” explains Quaschning. “The school kids were able to jolt the government into action. A year ago Germany wasn’t close to coming up with a CO2 tax, now we have one.”

Despite these achievements, the outbreak of the coronavirus has found Fridays for Future in a period of soul searching and experimentation. The group’s leaders were growing disappointed with FFF’s concrete results, most notably that the protests had not prodded governments to respond with the resolute, far-reaching measures that would enable them to meet the goals of the 2015 UN Paris Agreement, which would hold global warming to 1.5 degrees Celsius below pre-industrial levels.

A seminal moment for the German FFF movement came on September 20, 2019, when in the largest climate demonstration of the year, tens of thousands of protestors clogged Berlin’s city center, and more than a million more took to the streets in 500 other German cities and towns. As the Berlin demonstration unfolded, just a stone’s throw away at the offices of German Chancellor Angela Merkel the government announced its long-awaited climate policies package. But the proposals fell far short of the students’ demands, which were that Germany set policies that would end coal use by 2030 and generate 100 percent of the country’s electricity with renewable energy by 2035. The activists had also demanded a tax as high as 180 euros-per-ton of CO2.

“It was bizarre, scandalous, how bad it was,” says Neubauer about the German climate protection package, which proposed a mere 10 euros-a-ton tax on CO2. “Despite all of the demonstrations and lobbying, what came out wasn’t even an attempt to meet the Paris Agreement. We had to explain to our supporters why we had expected results and didn’t get them. There was a shift in spirit [in FFF circles]: from hopefulness to outrage.”

The Germans weren’t the only climate activists rethinking things in the face of tepid government action. “We concluded that school strikes alone aren’t going to make governments change anything,” explains Vipulan Puvaneswaran of France’s Youth for Climate, the French ally of Fridays for Future. “We need a more radical change — the system has to change — and for that we need more radical protest forms.” In February, the group briefly occupied the Paris offices of BlackRock, the world’s largest asset manager, covering its walls with graffiti.

The Germans, too, shifted course, moving away from school strikes to the targeting of businesses and intervening in election campaigns. “Businesses are more flexible, they can change faster than states,” says Neubauer. “They have to step up and help us make governments change.”

FFF Germany set its sights on the multinational giant Siemens, which had recently invested in a new Australian coal mine — a small investment for Siemens, but a tempting target for the climate activists. In January, FFF demonstrators besieged the company’s headquarters in Munich and other of its offices, delivering a petition with 57,000 signatures to Siemens CEO Joe Kaeser, who met one-on-one with Neubauer. Media coverage was intensive for a week, but in the end Siemens opted to proceed with the project.

“FFF has managed to mobilize enormous numbers of people and create a big buzz,” says Vries of Ende Gelände, “but we come out in the end empty-handed. Maybe we have to rethink how we pick our fights.”

FFF has enjoyed more success in targeting elections, which has greatly benefitted Europe’s Green parties. “Green parties across Northern Europe have been given an unbelievable push,” says Ellen Ueberschär of the Heinrich Böll Stiftung, a German foundation close to the Green Party. In polls, Germany’s Greens have tripled their tally since the 2017 general election, turning the Greens into the country’s second-largest party.

Now, however, FFF’s path forward is unclear. If the movement is denied street demonstrations for months, it may find its resources drying up and activists demoralized. “I’m worried that their anger and frustration, which had generated so much positive energy, will turn into hopelessness,” says Ueberschär.

“At best, what can happen,” says Neubauer, “is that we turn the crisis experience into a crisis management experience. Because we are now tackling [the coronavirus] collectively, in solidarity and sustainably, we can learn how to cope with others. This can be helpful for the climate crisis.”

What storytelling means in times of crisis