Starved for human voices? Listen to a podcast about whale songs and climate change. 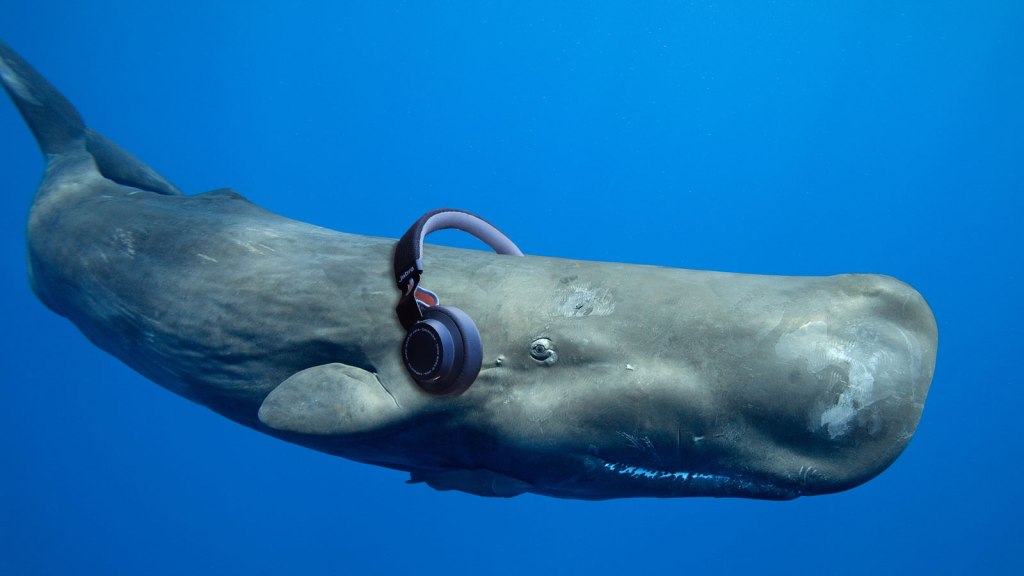 Starved for human voices? Listen to a podcast about whale songs and climate change.

Like the image of a polar bear adrift on an ice floe, “save the whales” is an environmental cliché. At this point, there might be more stickers with the slogan than actual whales in the ocean.

But where did the whole “save the whales” thing come from, anyway? Now that we’re all holed up in our homes in hiding from the coronavirus, there’s no better time to hear the fascinating story of how it got popularized.

A recent episode of the NPR podcast Invisibilia tells the tale of Roger Payne, a scientist who became obsessed with whale songs in the late 1960s and spent two years putting together a collection of heartwrenching recordings that left people in tears. Some were released on the album Songs of the Humpback Whale in 1970. The songs ended up playing on radio stations around America, capturing the public’s imagination and spurring people into caring about a problem — dying whales — that otherwise seemed distant. The Save the Whales organization launched in 1977. Governments around the world eventually took action to save the biggest mammals on the planet, agreeing to a global moratorium on commercial whaling that began in 1986.

Does Payne’s unlikely success hold any lessons for getting people to care about climate change today? Invisibilia follows the story of Payne and an unlikely group of people who came together a few years ago to translate sperm whale vocalizations into a language that humans can understand. They hope that the result will wake people up to the urgency of our overheating planet.

The Earth Species Project, one organization involved, was started by Britt Selvitelle, one of Twitter’s earliest engineers who developed the “like” button, and Aza Raskin, the inventor of “infinite scroll,” the reason you can’t find the bottom of your Instagram and Twitter feeds. They will be collaborating with a new nonprofit called Project CETI, or the “Cetacean Translation Initiative,” started by David Gruber, a marine biologist heartbroken by the demise of coral reefs, and Robert Wood, the engineer known for having created the first insect-sized autonomous drones, along with a team of engineers and scientists including Payne.*

Alix Spiegel, one of Invisibilia’s co-hosts, said it took her half a year to recover from reporting this story, which exacted an emotional toll. “I hadn’t really looked at climate change in such a direct way before,” she said in an interview with Grist. Talking with the four members of the project helped her clearly see the threat of climate change — and it was scary. Spiegel suddenly felt as if the things that climate scientists predict will likely happen in 70 years were happening tomorrow.

As a result, she changed all manner of everyday behaviors: giving up meat, taking public transportation, scaling back travel plans, and haranguing people to behave more environmentally friendly. That took its own toll. “It’s hard to be so socially and psychologically out of step with people,” Spiegel said.

Will ideas like the Earth Species Project make the crumbling natural world feel visceral to people, like it did for Spiegel? Many experts are skeptical — but no one would have predicted that recordings of whale songs would’ve broken through, either.

If the quarantine’s got you feeling starved for human voices and the hour-long episode of Invisibilia whets your appetite for podcasts about climate change, we’ve got some other recommendations:

*Correction: This story has been updated to include Project CETI’s role in the effort to decode sperm whale vocalizations.