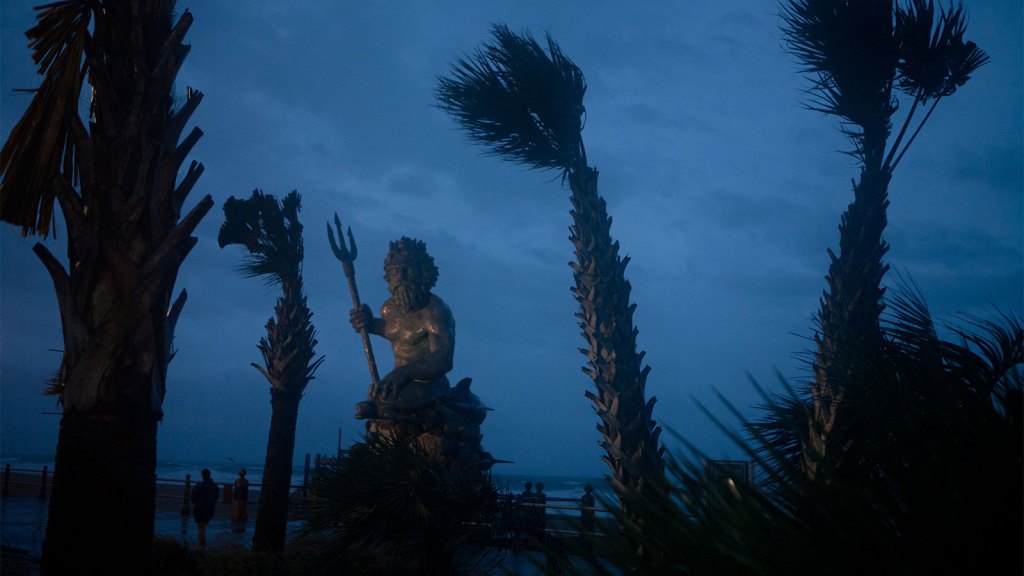 The National Weather Service has run out of letters for hurricanes in this record-breaking season, which is why tropical storms have started to sound like vengeful Greek demigods. And with Eta and Theta menacing coastlines, any climate-concerned citizen should be wondering: Is climate change the culprit?

Well, it’s complicated, but a new study suggests that climate change makes some elements of destructive hurricanes even worse.

The new study, published in the journal Nature on Thursday, shows that hurricanes have changed their behavior as the world has warmed up. After hitting land they rage longer, and stomp deeper inland, than they did 50 years ago.

“Overall, the implications of this work are stark,” said Pinaki Chakraborty, a professor at the Okinawa Institute of Science and Technology in Japan and the senior author of the study, in a press release. If humanity fails to curb climate change, hurricanes will get worse, he said. “Their destruction will no longer be confined to coastal areas, causing higher levels of economic damage and costing more lives.”

Hurricanes feed on moisture, so they weaken after they move over land. But in recent years, they have been lasting longer. Take Hurricane Zeta, which hit the Louisiana coast on October 28. Instead of petering out, it raged on to New Orleans, nearly 100 miles north. It weakened as it moved into Alabama, but was still strong enough to knock down power lines when it hit the Carolinas.

Scientists have been trying to understand how climate change affects hurricanes for decades. They’ve found that Atlantic storms are intensifying more rapidly, lingering longer in one spot, and growing wetter. But researchers hadn’t previously asked if a warming world might see hurricanes driving further toward inland cities, and maintaining their ferocity longer over land, before the team from Okinawa began scrutinizing the data, said Gabe Vecchi, a geoscientist who studies hurricanes at Princeton.

“They have identified something that we didn’t have our eye on, and they have done their homework,” Vecchi said. “I don’t think you can point to any study that is the last word on hurricanes and climate change, but there have been a few very important papers that have been the first word on some element of the question, and I think this is one of them.”

The scientists responsible for this study were able to zero in on climate change because they were asking a narrow question: Do hurricanes in the northern Atlantic persist longer after making landfall in a warmer world?

If you ask if climate change is fueling the record-breaking number of hurricanes this year, that’s a much more general question, which makes it more difficult to answer. There are at least four possible contributing factors, Vecchi said.

First, there’s a La Niña wind pattern this year, which leads to more hurricanes in the Atlantic. Second, the Atlantic Ocean is in the middle of a decade-long oscillation of ocean currents, which is also generating more hurricanes. Third, the layer of smog that blocked the sun’s rays from the ocean has gradually dissipated over the last 50 years as coal plants have been shutting down, which has added energy to oceans and increased the potential for storms. And fourth, on top of all that, there’s climate change. It’s incredibly difficult to tease these factors apart.

“Chances are, they have all contributed to some degree,” Vecchi said.

“When I first encountered this question about climate change causing hurricanes, I thought, ‘Why are we even looking at this?’ It just seemed too obvious,” he said. “Then I realized it’s not obvious at all.”