The Atlantic hurricane season has seen 29 storms and counting. Here's why. 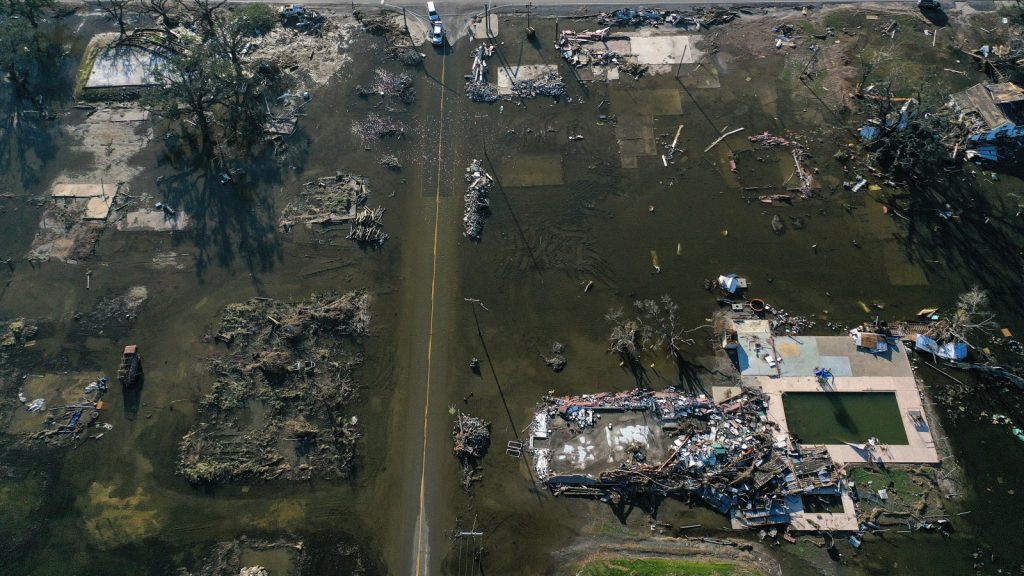 29 storms and counting: The story behind the Atlantic’s super-active hurricane season

On Monday night, the 29th named storm of the 2020 Atlantic hurricane season formed in the northeast Atlantic. As of right now, the subtropical storm doesn’t threaten any communities or coastlines, but Theta has demolished the 2005 record — 28 named storms — for the greatest number of named storms in an Atlantic season. Tropical cyclones get names when their maximum sustained winds reach a minimum of 39 miles per hour. The World Meteorological Organization says there’s a 70 percent chance a 30th named storm will form in the next five days.

The Atlantic Ocean has spawned a seemingly endless string of tropical storms and hurricanes this year. The season broke records early and often, starting on June 2 when Tropical Storm Cristobal became the earliest “C” named storm to form in an Atlantic season. (Atlantic storms are named in alphabetical order; Cristobal was the third named storm of the season.) After drenching Central America and Mexico, Cristobal moved into the Gulf Coast and upper Midwest, triggering storm surge, flash flooding, and tornadoes. Cristobal seemed unusually early at the time, but the months that followed proved the storm was not an anomaly. In total, 25 of the 28 named storms that occurred before Theta were the earliest named storms for their position in the alphabet — and then the Greek alphabet —on record.

The sheer volume of storms might seem like a foreboding sign of years to come. Climate scientists say warming ocean temperatures and rising sea levels have already influenced the severity of some storms and will lead to more intense storms in the future. It’s important to note, however, that scientists are not in agreement that rising temperatures are affecting the frequency or timing of tropical storms and hurricanes.

As the New York Times points out, there are two major reasons — neither related to climate change — for the record number of named storms this year. The first is the Atlantic Multidecadal Oscillation, a sea-surface temperature pattern in the North Atlantic that has been in a warming phase for the past couple of decades. Those warmer ocean temperatures in the tropical Atlantic Ocean and Caribbean Sea helped create the conditions for the 29 named storms we’ve seen so far, in part because the cyclical pattern contributed to a powerful African monsoon season and reduced wind shear that could have helped waylay storms.

Another reason for the volume of named storms is how far storm-tracking technologies have come in recent years. The tools meteorologists use to locate, identify, and track disturbances have gotten better over time. Some of the storms that broke records this season but didn’t touch a landmass might not have been detected in previous seasons.

In terms of major hurricanes — Category 3 storms and higher, with maximum winds at least 111 miles per hour — 2005 still holds the record. That year, eight hurricanes met the Category 3 threshold. Three of them hit Category 5 status, an unprecedented development.

But even with all the caveats around the 2020 record, there was something truly record-breaking about this year’s season: the number of times major storms cut through the Gulf Coast, especially Louisiana. Storm-weary residents of coastal Louisiana braced for seven tropical storm forecasts this season, and five of them made landfall — breaking a record set in 2002, when four storms plagued the state. Two of this year’s storms, Laura and Delta, trampled near-identical paths through the state slightly more than six weeks apart from each other. Some Louisiana towns, like Lake Charles, were still facing years of recovery from Hurricane Laura when Hurricane Delta made landfall. More recently, Hurricane Zeta, a Category 2 storm, made landfall about 65 miles southwest of New Orleans and knocked out power for millions in Louisiana, Mississippi, Alabama, Georgia, Tennessee, and the Carolinas. The compounding effect of back-to-back hurricanes had catastrophic consequences for the region.

It’ll be a long time before Louisiana is fully back up on its feet. That’s not just a short-term problem (though the state might have to contend with another storm before the season is through); it’s the Achilles’ heel of coastal, hurricane-prone states. This busy Atlantic hurricane season has illuminated the recklessness of rebuilding infrastructure, businesses, and homes in exactly the same way in exactly the same places after exactly the same disasters.

The foolhardiness of expecting a different result while doing little to change the odds of survival extends beyond hurricanes. The same deal applies to areas ravaged by wildfires, cities plagued by flooding due to sea-level rise, and a host of other issues that are becoming harder to ignore in our warming world. At some point in the near future, American communities will have to take stock of whether living at the mouths of densely-wooded canyons, in neighborhoods that flood on sunny days, and on the thin stretches of real estate where land meets the sea is worth it. This isn’t a problem that most individuals can solve, not least because plenty of the people who live in these places don’t have the means to up and move on their own. It’s up to the government to help them make the right choices.