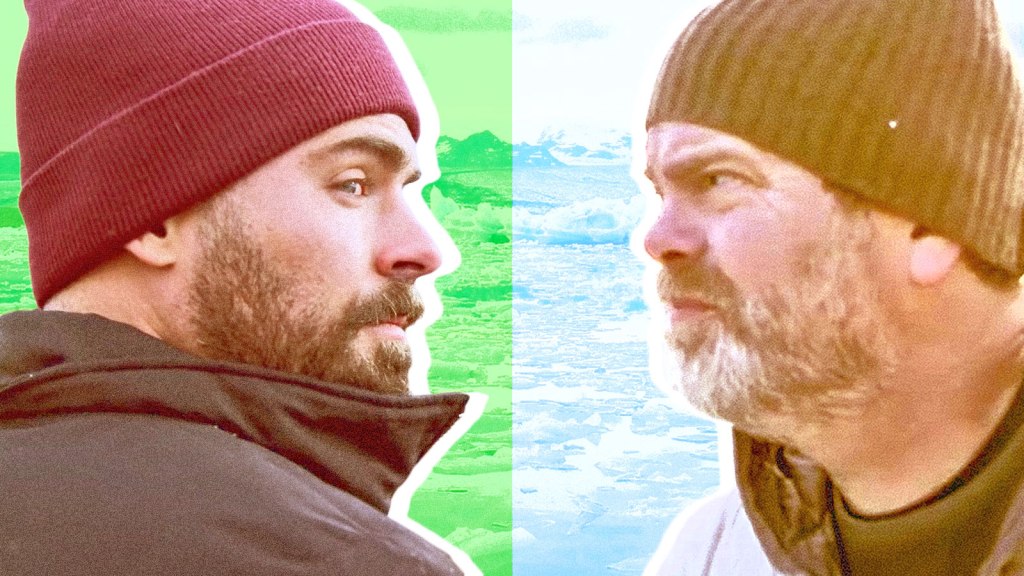 This year has offered no shortage of surprises, but the one that really came out of left field is the trend of famous actors releasing miniseries wherein they learn about climate change. What??? The latest iteration comes from Rainn Wilson — aka Dwight K. Schrute from The Office — with An Idiot’s Guide to Climate Change. You will recall that just this month, Netflix released Down to Earth featuring Baywatch actor Zac Efron and his “health guru” Darin Olien. But ironically, Idiot’s Guide is actually orders of magnitude smarter than Efron’s far more well-publicized attempt at climate wokeness.

Given the shows’ shared territory in release dates, target audience, and, of course, topic, it’s impossible not to compare them. To make matters worse, both pilot episodes are actually set in the same location: Iceland! Wandering the streets of Reykjavík! I have no insight into Rainn Wilson’s personal disposition, but I’d be beside myself if a prettier (sorry) and arguably more well-known actor simultaneously released a similar, higher-budget series on a larger platform (An Idiot’s Guide to Climate Change is produced by SoulPancake, a YouTube channel I have never heard of).

And yet, if I were Wilson, I would take solace in the fact that the similarities more or less end there. Whereas Efron and Olien meander through pointless detours to Costa Rican eco-resorts and Sardinian villages in a clumsy attempt to raise climate awareness, Wilson gets clear, actionable explanations and directives from accredited scientists regarding the causes of climate change. Instead of dining on leaves and baking milk bread in a mud pit, Wilson asks a renowned Icelandic astronomer to lay out the bare fundamentals of climate understanding in a couple of minutes. Efron and Olien’s detailed tour of a geothermal plant, albeit informative, is not as compelling as Wilson’s visit to melting-in-real-time Greenland glaciers.

Which series provides more useful — and scientifically sound — information? Without question, Wilson’s. Even though An Idiot’s Guide’s episodes clock in at about 10 minutes each, Wilson is able to cover — efficiently, and in quick succession — complex planetary concepts including carbon sequestration, the albedo effect, black carbon, and the collapse of ocean food chains. Those are all really important things to understand if you want to know what’s going to happen if we keep burning fossil fuels!

Which one will be more popular? Probably Down to Earth, driven by scenes like the one where Zac Efron learns, tearfully, that carbs are OK and even good, even though that particular revelation has less than nothing to do with climate change. Welcome to the ear-pulling, never-ending parade of frustration that is my career as a climate journalist.