The problem with Big Oil’s climate goals: They don’t include all the oil. 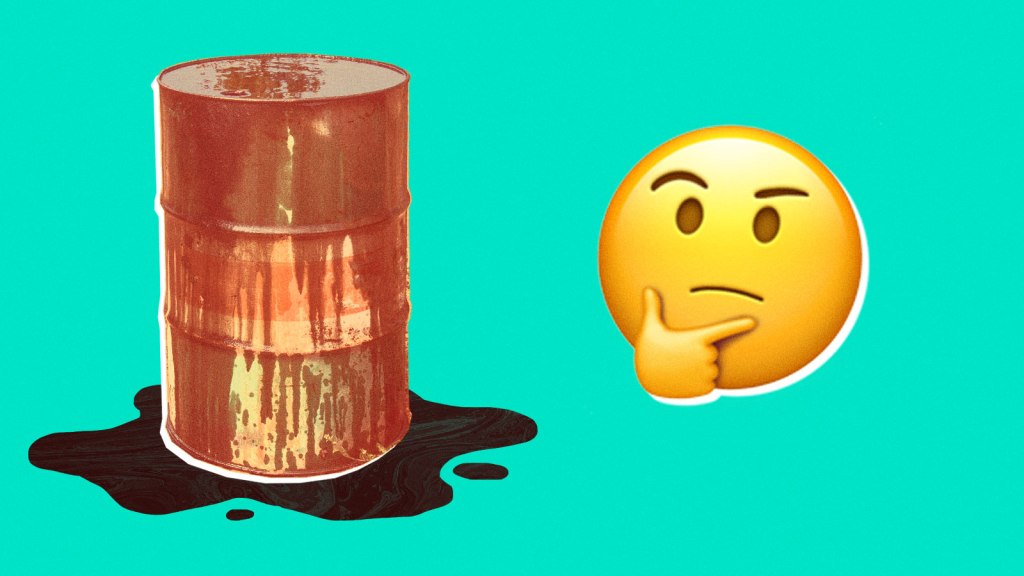 The problem with Big Oil’s climate goals: They don’t include all the oil.

Can we trust big oil companies who claim that they are aiming for “net-zero” carbon emissions? In recent months, oil giants including Shell and BP have touted new climate plans, claiming that by 2050 they will take as much carbon dioxide out of the atmosphere as they put in.

But “net-zero” claims need to be taken with a grain of salt. A new report reveals that many of these emissions targets aren’t as ambitious as they appear. The Transition Pathway Initiative, a global investor group that assesses companies’ abilities to transition to a low-carbon economy, evaluated the climate goals of six European oil majors, including Shell, BP, and Total. The authors found that while these companies are raising their ambitions to reduce greenhouse gas emissions, their plans still fall far short of keeping global warming below 2 degrees Celsius.

Here’s the problem: When oil companies claim that they are going “net-zero,” they’re only talking about a select portion of their business model — often the part that doesn’t have to do with oil.

Historically, fossil fuel producers have tried to ignore the emissions that take place after they sell their products to customers — known as “Scope 3” emissions. Instead, oil giants have set climate goals around Scope 1 and 2 emissions: the greenhouse gases released when they extract fossil fuels or run electricity and heat in their offices.

But those emissions only account for a measly 10 percent of Big Oil’s carbon footprint. It’s sort of like living in a home entirely powered by solar and wind while taking a transatlantic flight every week.

In response to anxious investors, some companies, including BP, Total, and Repsol, have finally started to release “net-zero” goals for their Scope 3 emissions. But even these targets fall apart on closer inspection. BP, for example, has pledged to cut the emissions of all the oil and gas it extracts to net-zero by 2050 — but that’s only about a third of the energy products the company sells. (BP buys a lot of crude oil and gas from other producers and then sells them to customers.)

And “net-zero” doesn’t mean, well, zero. By aiming for net-zero, rather than reducing absolute emissions, many European oil companies are leaving the door open to “offsetting” some emissions, either by planting trees or using technologies to store carbon deep underground. Carbon offsets can sometimes be effective, but could also allow companies to carry on with business as usual, instead of making more significant structural changes.

Other companies have taken a slightly different approach, aiming to cut the “carbon intensity” of their fuels — or the carbon emissions per unit of energy produced. According to the new report, aligning with a 2 degree Celsius goal would require European oil giants to cut their carbon intensity by an average of 70 percent by 2050. (That’s going to require a lot of renewable energy projects!) Shell comes the closest, vowing to reduce its carbon intensity by 65 percent by 2050 — but the international oil giant is still far from being in line with the goal of limiting global warming to 1.5 degrees Celsius, as it has claimed.

In responses to the report, spokespeople for Shell and BP said they still believed their plans were consistent with the 2015 Paris Agreement. But it’s hard to believe that companies still so intertwined with oil and gas are really going to meet their low-carbon goals — unless they truly ditch the “oil and gas” thing altogether.