Net-zero promises from companies and governments are popping up as often as new Netflix shows, and just like those algorithmically driven hours of entertainment, not all clean energy commitments are created equal. The language used to describe these targets has become as meaningless as the “natural” label on your package of Perdue chicken: “Clean energy” and “net zero” can signify any number of things, and even “renewable” changes depending on who you ask.

The point is, when a fossil fuel major like BP announces its ambition to become a net-zero company by 2050, as it did on Wednesday, it’s important to read the fine print.

To start, “net-zero emissions” is different from plain old “zero emissions” in that it allows for things like carbon offsets, carbon capture technology, and natural solutions like tree-planting to make up for continued emissions. In this case, BP’s net-zero target does not mean it will stop exploring new reserves, extracting oil and gas, or selling it at the pump. Confusingly, it doesn’t even mean the emissions from all the oil and gas products BP sells will be net-zero in 2050.

But all of that aside, the company’s plan does contain significantly more aggressive goals than its peers.

“Depending on the details, it has the potential to be the most comprehensive climate strategy of any of the major oil companies,” said Andrew Logan, senior director of oil and gas at Ceres, a sustainable business nonprofit. But like Logan said, it depends on the details, because while BP’s dreams are big, the company has disclosed few details on how it will achieve them. 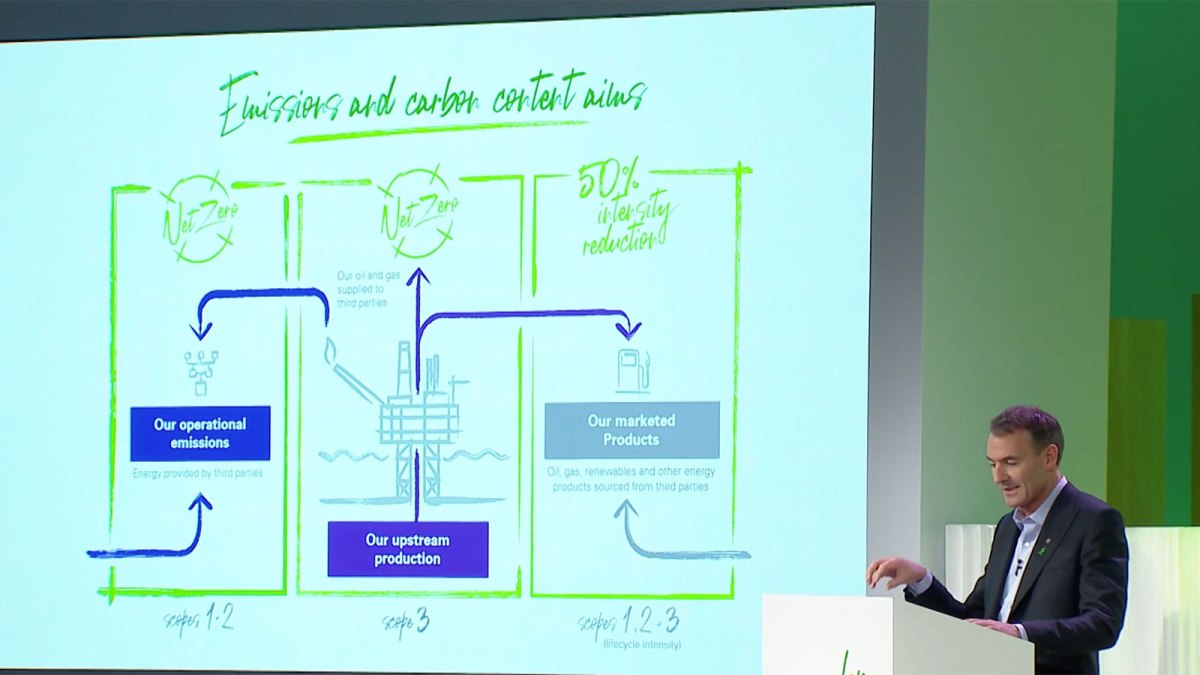 One of BP’s targets is to reduce emissions from all of its company operations, which it says is about 55 million tons of CO2 equivalent, to net zero. That includes emissions from things like gas flaring at the wellhead, company cars, and the electricity it buys to keep the lights on. BP’s goal here is somewhat par for the course these days — most of the major oil and gas companies have some kind of emissions reduction target for their operations (though not all of them are net zero).

What’s noteworthy, said Kathy Mulvey, the fossil fuel accountability campaign director at the Union of Concerned Scientists, is that BP says it will measure and reduce its methane footprint at all of its oil and gas sites. “That points to the reality that BP doesn’t actually know exactly how much methane its operations are emitting,” she said.

Critics of these plans say that operational emissions are small potatoes, and that fossil fuel companies should be responsible for the emissions from the oil and gas products they produce and sell to customers, known as scope 3 emissions. This is where BP’s plan really stands out. The company aspires to zero-out the carbon emissions from the eventual combustion of all of the oil and gas it pulls out of the ground by 2050. Right now that amounts to about 360 million tons of CO2 equivalent per year. 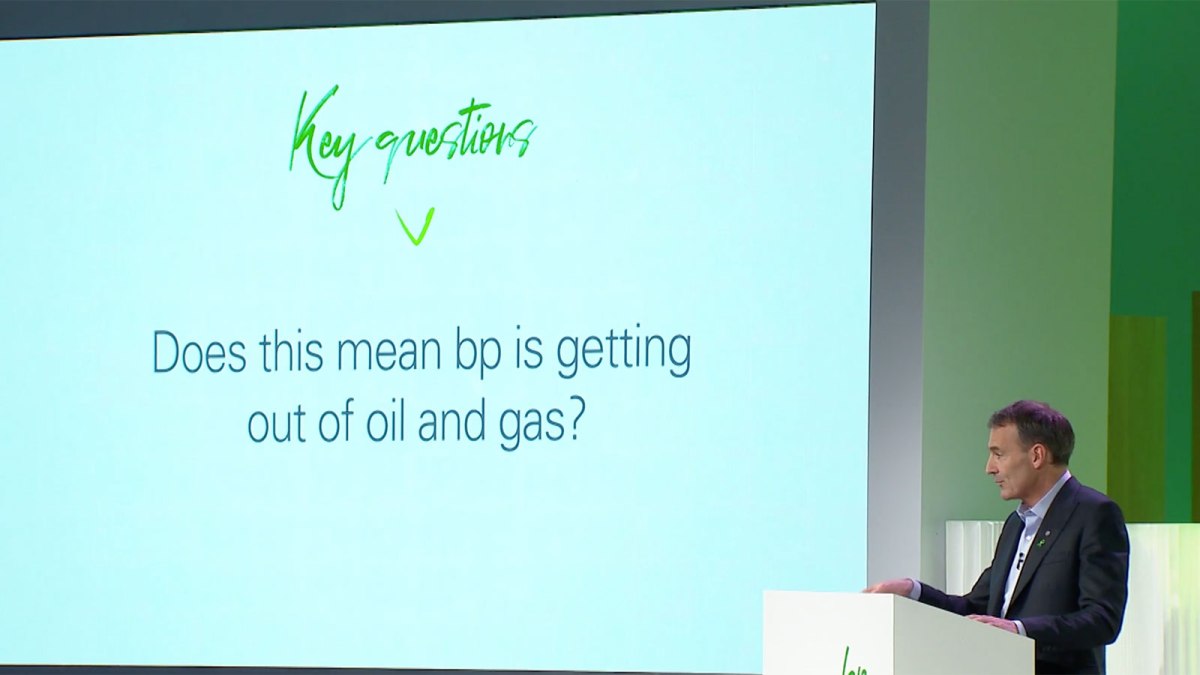 To date, only one other fossil fuel company has made this kind of commitment, the small Spanish company Repsol. But unlike Repsol, which has set near-term goals to gradually reduce emissions over time, and hinted at some of the strategies it will use to get there, BP offered no benchmarks or blueprints. Looney said the company would share more information on the “how” of its transition in September.

But there’s one key caveat to BP’s scope 3 target. The oil and gas that the company extracts is only a portion of its business. During a Q&A session after his speech, Looney broke down how they are thinking about scope 3 on a whiteboard.

Final picture. Shows 360 million tons in second bar, which is the added emissions from BP oil and gas. That is what BP is committed to reducing, in absolute terms. pic.twitter.com/zq3Ejxk3fX

BP sells a lot more oil and gas than it digs out of the ground, he said, because it also buys these products from other companies. So while it plans to zero-out emissions from the products BP itself extracts, it’s aiming for a 50 percent reduction in carbon intensity from all the products it sells, including those it’s just a middleman for.

Ultimately, with a goal of reducing its footprint by 415 million tons of CO2 equivalent by 2050, BP’s new plan is worlds away from companies like Exxon and Chevron, which still claim they are not responsible for the emissions from customers using their products.

BP’s vision also includes a goal to increase the proportion of money it invests into non-oil and gas energy sources, like solar and wind, over time. Right now, that’s only about 3 percent of BP’s investments. But Looney declined to quantify the company’s target in this arena. “We don’t plan to commit to an arbitrary or preset number,” he said.

While critics have already leapt on the vagueness of the plan, Ed Clowes, a business journalist for the Telegraph, described BP’s dilemma aptly on Twitter. On the one hand, BP could stop selling oil and gas and self-destruct. But if it did, another company would step in to fill the gap, because right now, the world still (mostly) runs on oil. “BP has to be in the game to change it,” Clowes wrote.

The EU is doing what the US won’t: kicking coal to the curb