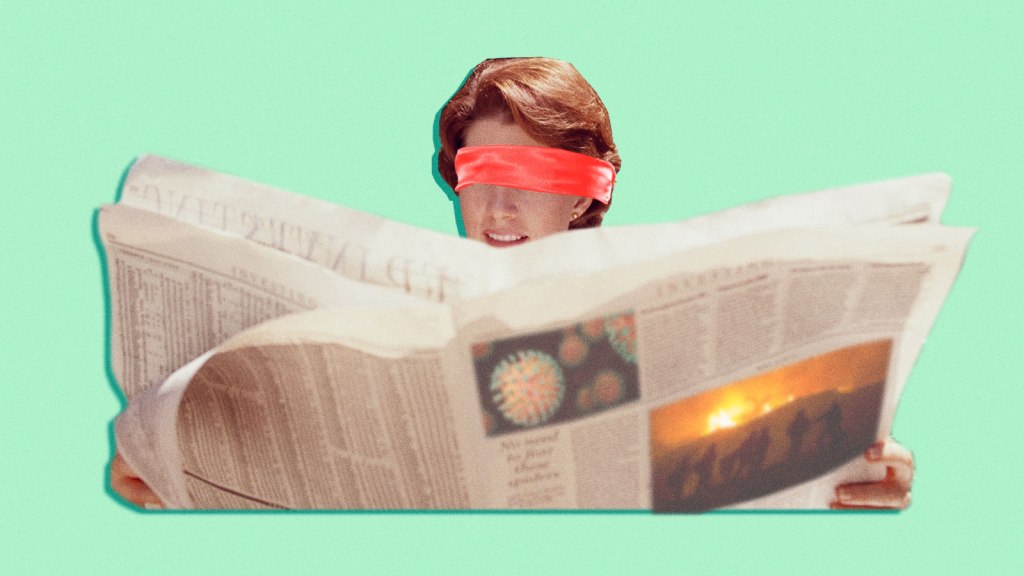 We ignored pandemic warnings. Will the next catastrophe take us by surprise?

Disasters reveal our vulnerabilities and blind spots. Houstonians couldn’t ignore that they were living in flood zones when Hurricane Harvey submerged Texas in 2017. The utility giant Pacific Gas & Electric could no longer turn a blind eye to its failing equipment once its aging powerlines ignited the biggest California wildfire on record. In much the same way, the novel coronavirus has shown how woefully unprepared the United States was to face a pandemic. More than 1 million Americans have already been infected by COVID-19.

The pandemic gripping the planet has been compared to a “black swan” event, a danger so rare that it catches people unawares. But given that plenty of experts predicted a pandemic was bound to happen eventually, such a disaster is better described as a “gray rhino” — a highly likely and obvious danger that gets ignored. If you’re looking the other way, you might be oblivious to the giant beast hurtling toward you. And when you finally turn to face it, you might see not just one rhino, but a herd of them.

“Right now, we’re starting to experience shocks that we have never experienced before in our lifetimes that are shaking us out of complacency,” said Ziya Tong, a science journalist and the former vice-chair of Canada’s World Wide Fund for Nature. “Each one of those slaps is making us realize that the normal world we’re taking for granted is starting to disappear.”

Just as scientists warned us about a pandemic, they have spent decades trying to raise the alarm about climate change and a host of other environmental problems. Some people listened, but those in government still haven’t taken the necessary steps to avert disaster.

The ability to take things for granted stems in part from ignorance, Tong writes in her recent book The Reality Bubble. Going about our daily lives, we don’t have much reason to learn about the hidden world that sustains us: where our food comes from, where our energy comes from, and where our waste goes. But coronavirus has opened some people’s eyes to how fragile, and unequal, these systems actually are.

“When the pandemic hit, it revealed this invisible ‘labor bubble,’” Tong said, referring to the essential services being performed to keep the world humming. Normally, chicken breasts seem to appear on the shelves magically, and many shoppers pick them up without a second thought about factory farming or slaughterhouse employees. It’s only when meatpacking workers fall sick by the thousands and chicken starts disappearing from the grocery that the full picture comes into view. Farmworkers, too, are still out in the fields, risking their lives picking strawberries to feed a country on lockdown. “The labor is ‘essential,’ but the people aren’t,” Tong said. “The people are still considered disposable.”

The natural world has limits. Ranchers continue chopping down the Amazon with abandon, despite alarm bells that it’s teetering toward an unrecoverable “tipping point.” Factory farms continue to stuff animals with antibiotics, even it threatens to make antibiotics ineffective. An “invisible crisis” is unfolding in the world’s dwindling water supply, which is being polluted with sewage and toxic waste. Farming practices over the past century and a half have depleted the soil’s richness, putting the prospect of future harvests in peril — and on top of that, fish populations are plummeting, so the oceans won’t be able to save us, either.

Fun stuff, right? There are perfectly good reasons why people ignore bad news like this. A recent survey found many people would prefer to remain ignorant rather than learn unpleasant truths, whether it’s how climate change might affect their hometown, or what other people really think about them.

Of course, it sucks to face the truth. And wallowing in grim news isn’t good for us, either — it’s natural to look for an escape, some break from the news to keep our sanity. But that doesn’t mean we should live in ignorance. The reason people are having such a problem creating change in society, Tong said, is because so many of these issues remain hidden in our blind spots. “Until we’re willing to rip those blinders off,” Tong said, “these sorts of things will strike us again in more and more powerful wallops.”

Our brains come programmed with blind spots, evolutionary adaptions that helped early humans survive the savanna. But in the modern world, they sometimes work against us. Thanks to our “optimism bias,” we have a hard time imagining a pandemic turning our lives upside down, or a wildfire destroying our homes. The “bystander effect” is the human tendency to wait for others to take action — which sometimes means that too many people sit on their hands. Then there’s the “sunk cost fallacy,” our tendency to stay the course even when an outsider can see disaster ahead.

On the flipside, we also wrestle with “pessimism bias,” which makes us assume that a problem — once we actually become aware of it — will turn out for the worst. It makes people think of a daunting crisis like climate change as a predetermined defeat instead of a problem that’s possible to solve. If that’s not a reason to take off your blinders, what is?