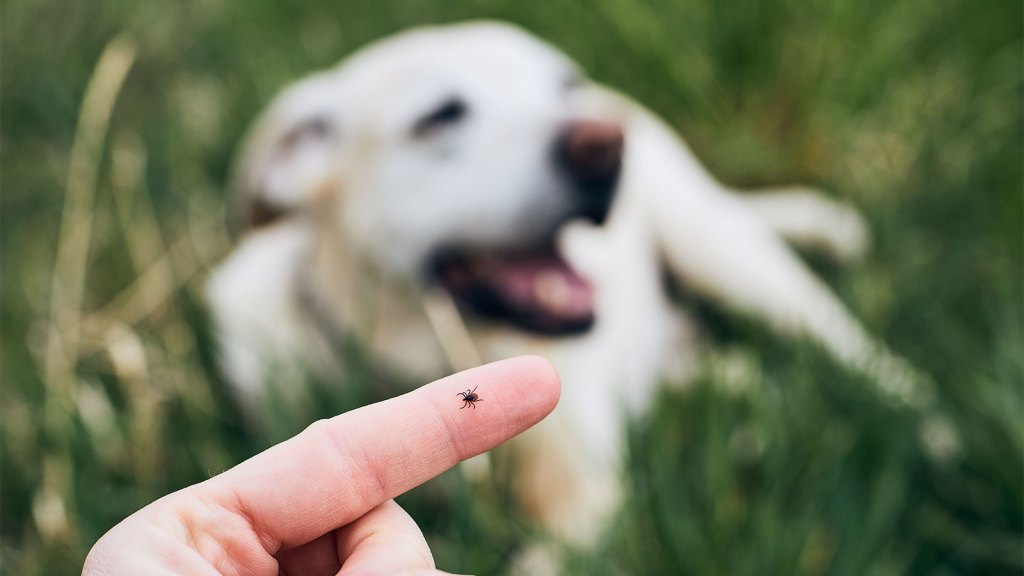 If you live in one of America’s wooded zip codes, you’ve probably reached down to pet your dog and noticed what feels like a small raisin attached to its skin. Nine times out of 10, that raisin turns out to be a dog tick, an arachnid evolved to favor feeding on canines that can transmit a host of diseases to humans which range from dangerous to deadly. The dog tick’s evolutionary journey isn’t over yet. A new study from the University of California-Davis shows that climate change may prompt these tiny-headed, eight-legged blood bags to start choosing people over dogs.

As far as bloodsuckers go, ticks rank right up there with mosquitos on the list of nature’s most insidious and bloodthirsty insects. There are a variety of different kinds of ticks crawling around the U.S. at any given moment (even, sadly, in the dead of winter). Rising temperatures are inspiring many of these ticks to shift their ranges and move into regions where people and medical professionals aren’t familiar with the diseases they carry.

When a diseased tick bites a human, successful treatment often depends on that person getting proper medical attention straight away. That urgency is what motivated Dr. Lauren H. Backus, lead author of the UC-Davis study on Brown Dog ticks, to take a closer look at the correlation between temperatures and tick preferences.

Brown Dog ticks can carry a disease called Rocky Mountain spotted fever. It causes headaches, muscle aches, and other flu-like symptoms in humans. “Probably not that different from COVID,” Backus said. It’s highly treatable with antibiotics if the infection is caught within the first five days of a patient showing symptoms. Without treatment, the fatality rate can top 20 percent.

Ongoing outbreaks of the disease in Arizona and in northern Mexico prompted Backus to analyze the feeding habits of these particular ticks. To conduct her experiment, she designed a massive olfactometer — an instrument used to detect and measure smells. Her Frankenstein olfactometer looks like two very large, wooden boxes connected by a long, transparent tube. One at a time, she put a variety of mid-size dog breeds in one box and crammed different humans in the other. Then, Backus put two genetic lineages of Rocky Mountain spotted fever-riddled adult and nymph (baby) Brown Dog ticks — temperate and tropical — in the middle of the tube connecting the boxes.

The experiment was relatively simple: Watch which way the ticks go, first at room temperature (74 degrees F) and then with the heat cranked up to about 100 degrees F. The ticks weren’t actually allowed to bite the dogs or humans; Backus was making an informed assumption that the ticks would have tucked into the blood meals at either end of the tube if they could. The way the experiment was set up would not have worked well with other types of ticks like black leggeds, which hang out on grasses and other shrubbery waiting for their prey to stroll by. Brown Dog ticks hunt more aggressively, hiding in dog kennels or houses and charging toward their prey when the opportunity presents itself.

Backus found that nymphs weren’t really affected by the change in temperature, but the adult ticks, particularly the tropical strain of adult dog tick, developed a hankering for human blood under the hotter scenario. “At room temperature, they definitely preferred the dogs, which is what we would expect,” Backus said. “As soon as we put that temperature up to 100 degrees, they switched. Their preference for the dogs went down just a little bit, but about two and a half times more ticks went toward the people than had gone toward the people at room temperature.” Among adult ticks in the temperate lineage, Backus saw a relative shift toward people at the higher temperature threshold, but not a significant one.

Backus doesn’t know what’s behind the switch. The most plausible explanation is that the ticks are just doing everything they can to survive in hot conditions. “It’s possible that maybe they’re more driven to a host when it’s hot and dry because they don’t want to die,” Backus said. “But why they have that sensory change where all of a sudden they go toward the human more instead of the dogs? That’s not clear.”

Graham Hickling, the director of the University of Tennessee’s Center for Wildlife Health, called the study “legit and interesting.” He pointed out that its basic premise, that increased temperatures lead to more ticks biting humans, was first established in 2008 by a team of researchers in France. What this new research does is zoom in on the Brown Dog tick as a vector of Rocky Mountain spotted fever in the American South and West. (The American Dog tick is still the main carrier of the disease in the Northeastern U.S.) The experiment shows ticks actively making the switch from dogs to humans, something the French study didn’t do. “That’s a nice aspect of this new study,” Hickling, who was not involved with the UC-Davis study, told Grist.

There are two major takeaways from Backus’ experiment.

The disheartening one is that the U.S. is likely to see more cases of this disease as temperatures rise. Research shows that climate change will lead to more 100-degree days across the U.S. Backus doesn’t know if the results of her experiment translate to other types of ticks. But cases of Spotted Fever Rickettsiosis, a category that includes RMSF, Rickettsia parkeri rickettsiosis, Pacific Coast tick fever, and rickettsialpox, have risen dramatically over the past couple of decades, from 495 cases in 2000 to a peak of 6,248 cases in 2017. Cases of other types of tick-borne illnesses are on the rise, too. “It’s absolutely worth studying,” she said.