The cars that typically throng the huge highways weaving through Los Angeles are such an established part of the city’s fabric that when the coronavirus pandemic hit, their sudden absence felt bizarre to locals, even eerie. But many Angelenos have now discovered a new sort of relationship with their streets.

“People have felt they own their neighborhood again, they feel connected to it again,” Eric Garcetti, Los Angeles’s mayor, told the Guardian in reference to streets that have reduced traffic, or even had it closed off, as offices, retailers, and restaurants shut down.

Garcetti added: “People started walking in their neighborhood, biking, rollerskating. I think out of this pandemic you will see dozens of streets keeping it this way.”

Los Angeles is just one of a number of U.S. cities now plotting a comeback from the pain of the pandemic by tackling another, but longer-term, emergency — the climate crisis. By extending measures to turn streets over to pedestrians and cyclists, bolstering jobs in clean energy or building of new defenses to risks such as flooding, these cities are attempting a “green recovery” from COVID-19.

The look and feel of these urban areas is set to change. Seattle has announced that 20 miles of streets will be permanently closed to cars, New Orleans is planning to pedestrianize a slice of its famous French Quarter, and New Yorkers are spreading out into its streets in a wave of socially distanced alfresco dining and drinking.

Garcetti conceded that there had been some grumbles from Los Angeles residents over the idea of fewer car journeys, but said the virus had underscored the need for pre-pandemic plans to roll out miles of new bike lanes and rail lines. “You can only have a stimulus where you champion mass transit and clean energy, not just for a strong economy but a more livable city where you walk more and aren’t stuck in traffic,” he said.

“What you’ll see [after the pandemic] is a city that will surprise you. You will still be able to drive a convertible up the coast, still go up Mulholland Drive with the lights laid out like a bed of jewels. But you’ll also realize that transit can get you there too, that you can work, eat, and play without getting into a car.” 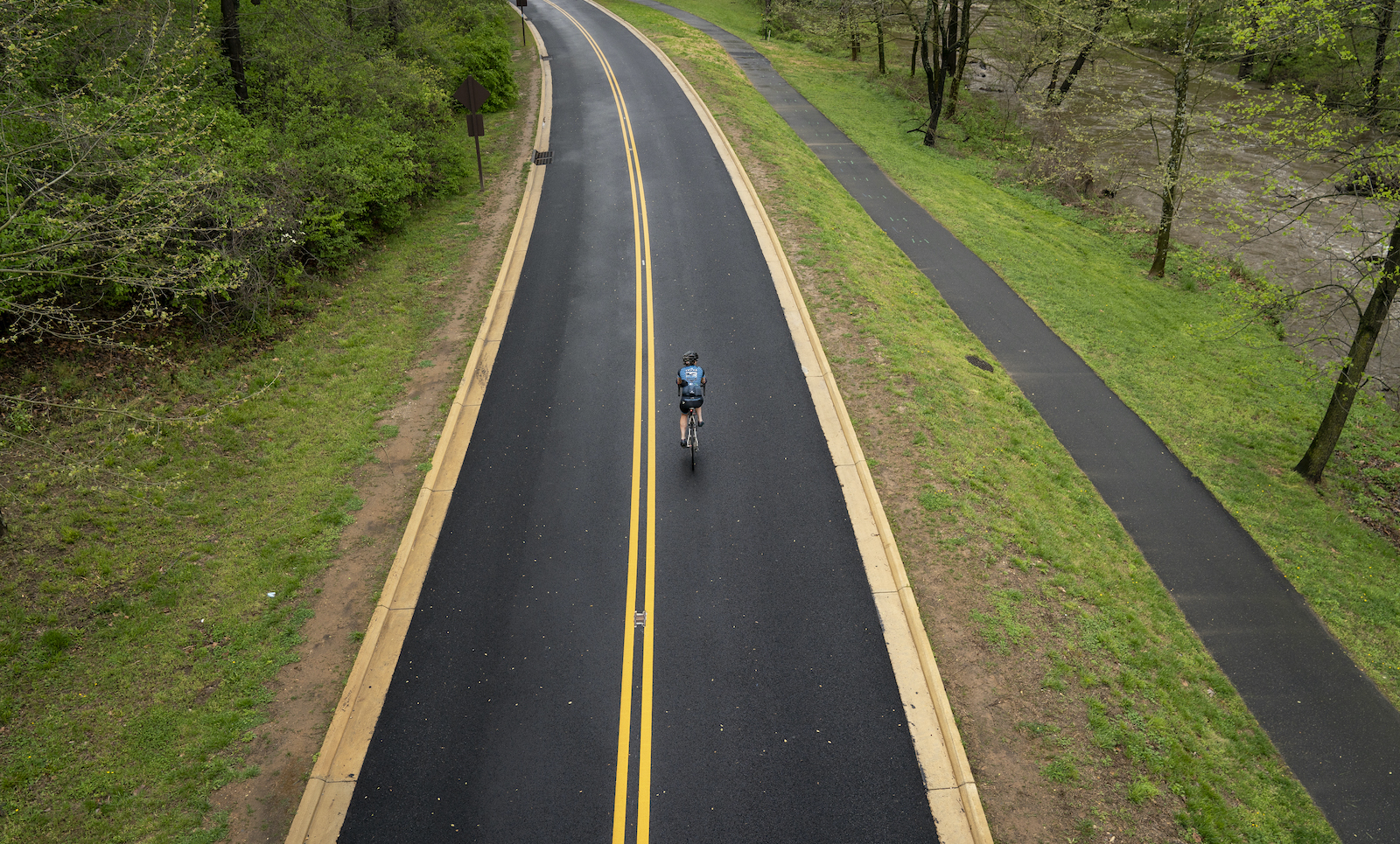 A cyclist rides along Beach Drive in Washington DC in April. The city closed portions of the road to vehicular traffic during the coronavirus outbreak. Drew Angerer / Getty Images

The concept of a green recovery has been embraced by several European countries as they look to extricate themselves from a pandemic that has caused more than 900,000 deaths globally and paralyzed economies as governments curtailed public gatherings  to slow the virus’s spread.

In the U.K., Prime Minister Boris Johnson has vowed to “build back better and bolder,” promising several billion pounds for energy efficiency upgrades in homes and public buildings, as well as technology to suck planet-heating emissions from the air. France, facing its deepest recession since World War II, has pledged about €30 billion ($35 billion) for green energy initiatives, while Germany is spending billions more on shifting away from fossil fuels and subsidizing electric vehicles.

There has been less enthusiasm for a green recovery within the U.S. government, with just a small fraction of the $2 trillion pandemic stimulus, passed in March, aimed at addressing the climate crisis. Last week, congressional Democrats put forward proposals to use federal funds to boost renewable energy, retrofit buildings to make them more energy efficient, and to safeguard communities of color from air and water pollution. Republicans, who control the Senate, are expected to block the move.

“The leadership will have to come from cities because it’s certainly not coming from the federal level, quite the opposite,” said Brent Toderian, a Vancouver-based urban planner and consultant. Some U.S. cities are exemplars: Toderian said that Oakland, California had become an international “folk hero” for its move to banish cars from 74 miles, or around 10 percent, of its streets — but progress had been patchy.

“Most of the conversations have been around temporary changes that some cities have already started to undo,” Toderian said. “European cities have realized that they need to address preexisting conditions like air pollution to come out of this pandemic. American cities are barely reacting to their preexisting conditions, such as racial inequity and unrest, public health crises, homelessness, and how cities are built in a sprawling way.”

Many U.S. cities are heavily dependent upon cars, lack adequate green space for residents, and are precariously vulnerable to the heat waves and floodwaters spurred by the climate crisis.

Even New York City, considered highly progressive on climate change, is reluctant to undergo transformation. In July, Mayor Bill de Blasio demurred when asked if America’s largest urban area would become like Paris, where bicycles, rather than cars, now circle the Champs-Élysées. “New York City is just a different place,” de Blasio said. “We’re going to make the decisions based on our own reality.” 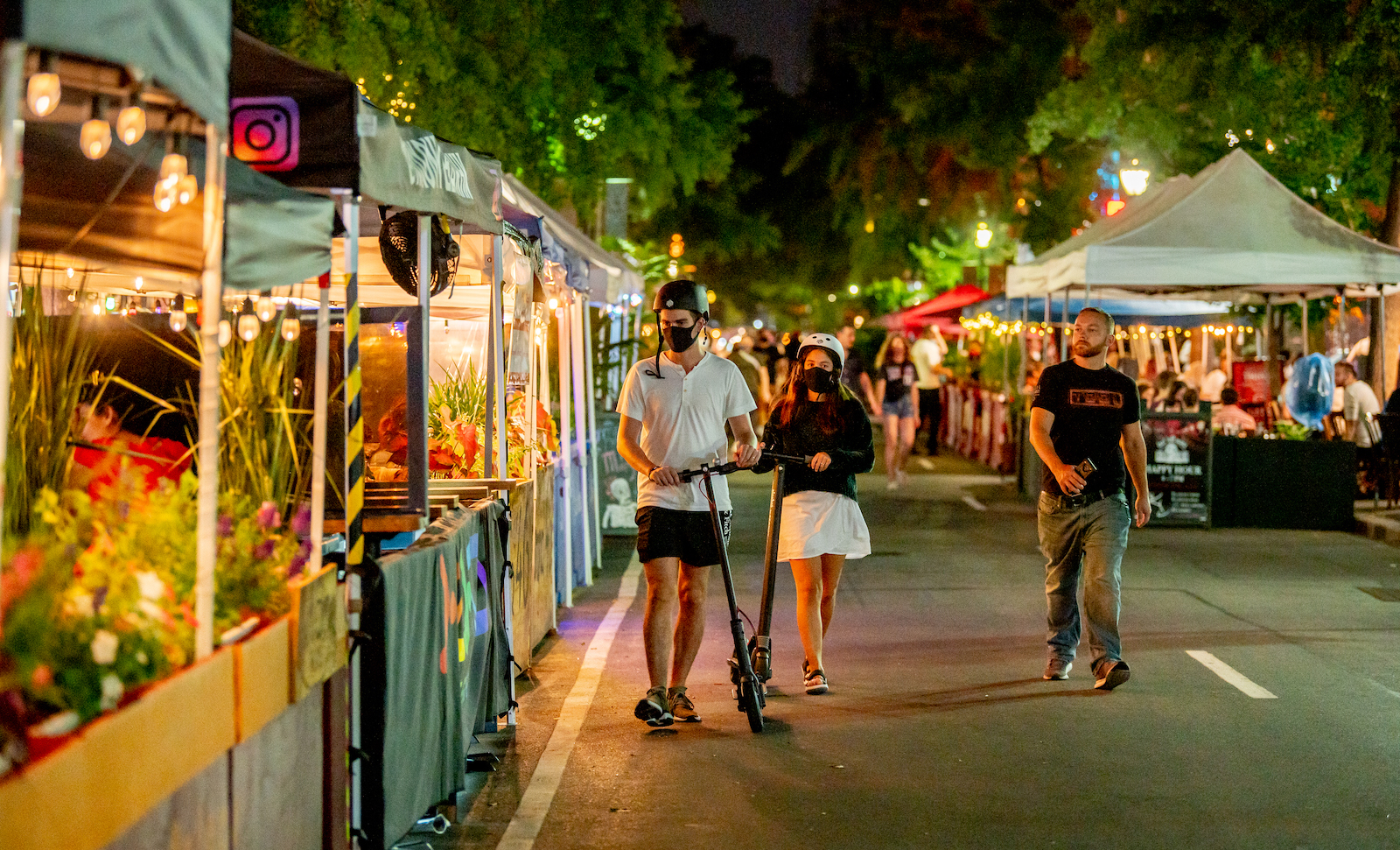 “New York should be showing other cities what is possible,” said Toderian. “It’s bizarre for the mayor to say that, it was shocking. It’s not New York exceptionalism, it’s New York excuse.”

Other cities see the situation as more urgent as they grapple with the need to kick-start a wave of new jobs while fending off the looming threat of the climate crisis. New Orleans is pushing ahead with hundreds of millions of dollars worth of infrastructure projects to help protect it from the rising seas and storms, as well as rolling out more electric vehicle charging stations and a plan to make solar panels more easily available for households.

“We need to pivot to a green economy,” said LaToya Cantrell, New Orleans’ mayor. “Our people are vulnerable to climate change — we are sinking as a city. We don’t have a choice.”