After the Texas freeze, people are asking: Is electrifying buildings risky? 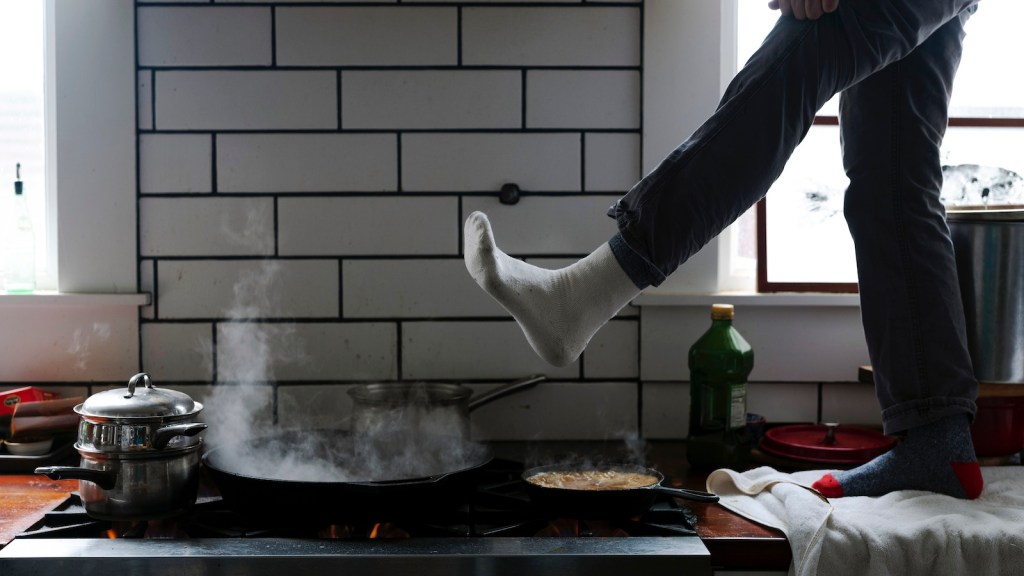 After the Texas freeze, people are asking: Is electrifying buildings risky?

“Electrify everything” is a rallying cry for the climate movement. Renovate buildings and redesign cars to run entirely on electricity, power them with renewable energy from the sun and wind, and bing, bam, boom, you’ve just knocked out a majority of the carbon entering the atmosphere. Cities all over California, as well as in Washington, Colorado, Massachusetts, and New York, are heeding the call and passing or considering laws that limit gas-powered heating and cooking appliances in new buildings.

But last week, the energy crisis in Texas put the risks of electrifying everything in sharp relief. A severe winter storm and subfreezing temperatures knocked out power to millions of people for days. At least 32 people died either directly from the cold or from seeking warmth in dangerous ways. For some Texans, a gas stove provided a lifeline — a way to boil water and cook hot food.

[The Texas blackouts show that even the weather is polarized now]

In an essay for Slate, writer Rebecca Onion, who lives in Ohio, said her family had been planning to ditch their gas stove for a new electric induction range, citing gas stoves’ climate footprint and scientific findings that they release dangerous indoor air pollution. But after seeing how they made life more tolerable for Texans without power last week, she’s not so sure she’s ready to make the change. “Someone, please (sincerely, I’m all ears!), tell me why I’m wrong,” Onion wrote.

To be clear, even though natural gas continued to flow to homes and businesses during the power outages, Texans with natural gas heating weren’t at much of an advantage, since most gas-powered space heating systems require electricity to operate. Making the electric grid more resilient to extreme weather is urgent, regardless of decisions about gas. But the long, cold blackouts in Texas raise the question of whether there are other ways, besides electrification, to make home cooking and heating safer for humans and the climate.

Michael Webber, who runs an energy research group at the University of Texas at Austin, sees a benefit to maintaining a diversity of options for heating our homes, as long as we can develop fuels that are lower carbon or carbon neutral. Electrifying homes has advantages in terms of efficiency and carbon emissions, but if the grid goes down, “you have an even bigger crisis than what you had before,” he said. “That doesn’t mean we shouldn’t electrify, it doesn’t mean we shouldn’t modernize the grid. It just means we need to be thoughtful that we don’t set ourselves up for bigger failure.”

In his view, continuing to allow people to choose between electricity and gas could also be cheaper than aiming for 100 percent electrification and building up the electric grid to accommodate much higher demand. (He noted that it’s possible to attach a small battery backup to a gas heating system so that it can run when the power is out.) Webber does have a stake in this position — his other role is chief science and technology officer at ENGIE, an international energy company that is investing in alternative fuels for home heating and cooking, like renewable natural gas and hydrogen.

Hydrogen burns clean, but using it for home heating and cooking would require all-new pipeline infrastructure as well as new appliances in homes — another costly proposition. Meanwhile, electric heat pumps and induction stoves are available today, produce no emissions directly, and in many cases are more energy efficient than their gas counterparts.

But even if you believe that electrification is the future, there’s no doubt that the increasing trend of power outages is concerning. Mike Henchen, a principal on the carbon-free buildings team at the Rocky Mountain Institute, a clean energy nonprofit, said that if you’re primarily worried about surviving emergency situations, a gas stove isn’t the only answer. He suggested that a camping stove could do the trick, or a propane grill. (These should be operated outdoors to avoid the carbon monoxide poisoning that killed several people in Texas last week.) Another option is buying a small generator or backup battery that can power your electric stove. Investing in solar panels with battery storage, though much more expensive, would also keep both electric stoves and electric heating systems running, and can reduce pressure on the grid.

Though Henchen is in the “electrify everything” camp, he isn’t suggesting that people like Onion should ditch their gas stoves immediately. “I would just encourage them to look at the full range of resources and make the decision that’s best for them and their family,” he said. “If they’re in a house that’s currently served by the gas system, maybe that means holding on to their gas stove if they’re comfortable with the trade-offs around that for now.”

He said we need systems-level solutions that are resilient, affordable, and don’t contribute to climate change — since climate change, after all, puts us at greater risk for disasters that threaten the grid. The biggest solution is preparing our electricity infrastructure for extreme weather, not only by weatherizing it, but by planning better for times when demand spikes. Making the grid more interconnected with more transmission lines can help regions access power from other parts of the country when their own sources of energy are unavailable. Texas’ grid is more of an island than any other state’s — which contributed to its extreme vulnerability last week.

Insulating buildings reduces stress on the grid — and if the power does go out, well insulated buildings don’t lose their heat (or cooling in the summer) as quickly. Microgrids — building-level or community-level systems that can generate and store their own electricity — help decongest the grid and may be able to continue providing power during regional outages. Eventually, the batteries in electric vehicles could also be tapped as a source of energy when demand spikes.

All of these solutions can move us toward a place where having a fully electric home doesn’t feel like putting all your eggs in one basket. But how will people know when the grid is more resilient? “You’re going to need to see future severe weather events in which the grid performs well,” said Henchen. But he said we also need to recognize that the system will never be perfect. “There will never be a permanent end to power outages.”

And while what happened in Texas may push more people to better insulate their homes and invest in solar panels with batteries, those options are not necessarily available to lower-income families. “It’s also critical,” Henchen said, “that as we think about systemic solutions we ensure that every community and family has equal access to these solutions.”