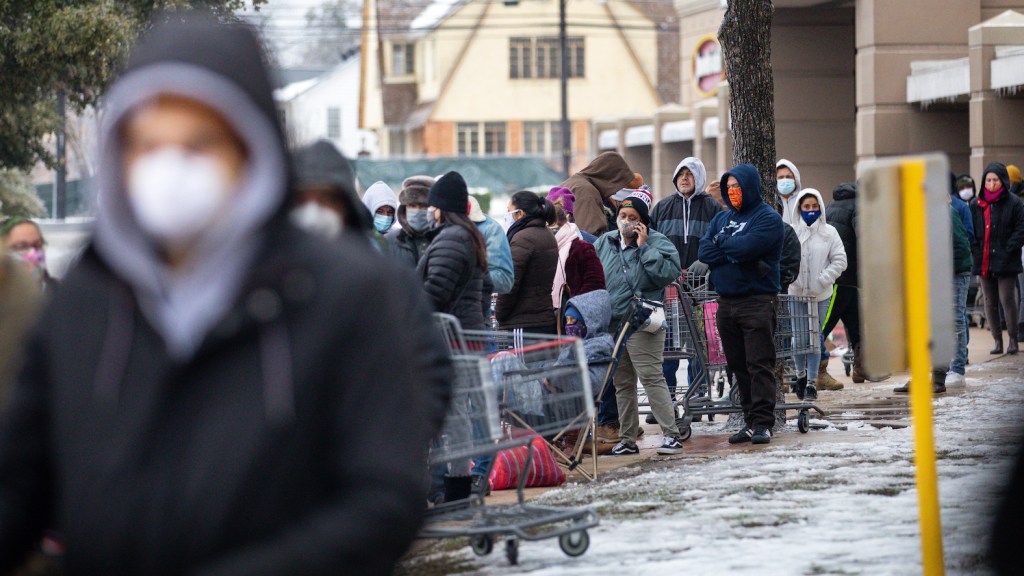 In the midst of a freezing cold winter storm that left millions of Texans without power or heat, Republican Governor Greg Abbott appeared on Fox News on Tuesday to bash the Green New Deal. “This shows how the Green New Deal would be a deadly deal for the United States of America,” Abbott told host Sean Hannity. “Our wind and our solar got shut down — and they were collectively more than 10 percent of our power grid.”

Fact-checkers descended upon Abbott’s claims almost immediately, pointing out that wind and solar played only a small part in the statewide catastrophe. According to a representative from the state’s power grid operator, only a fraction of the total outages were caused by icy wind turbines; the primary culprits appear to have been frozen natural gas plants and a shoddily designed grid disconnected from the rest of the country.

[Related: The crisis in Texas underscores the deadly risks when the grid goes down]

But the governor’s false claims sounded eerily familiar, and not just because they echoed the bizarre Republican opposition to the Green New Deal over the past few years (remember Trump’s “tiny windows”?). In this rapidly warming and heavily polarized country, Abbott’s interview was yet another sign of how every storm, fire, or heat wave has become a political sparring match — with everyone pointing the finger at someone else.

The problem is that people tend to interpret disasters, and most other things in life, in a way that validates their preconceived opinions. Last year, for example, when much of the West was on fire and the skies over San Francisco had turned bright orange, former President Trump blasted California’s forest management, telling the state government, “You gotta clean your floors” and blaming the state’s rolling blackouts on too much wind and solar. Governor Gavin Newsom countered the following month, warning: “This is a climate damn emergency.”

Those arguments aren’t equally valid — climate change has dramatically worsened the likelihood of wildfire in the West, and most of California’s forested area is actually federal land. But they do point to a larger trend. Republicans blame environmentalists, Democrats call out fossil fuel emissions: This is an old story, and one that will probably continue for years to come.

At this point, though, the United States (not to mention the rest of the world) should be long past bickering over trees or frozen wind turbines. Winter ice storms and scorching wildfires can no longer even remotely be considered “natural disasters.” The planet has already warmed by 1.2 degrees Celsius, and U.S. infrastructure — think highways, electrical grids, water pipes, and much more — is woefully unprepared.

And while hurricanes, storms, and fires have always been fodder for political conflict, recent fights over climate change have kicked those fights into a higher gear. Most Republicans, facing a Democratically controlled White House, House, and Senate, are anxious to impede any potential progress on Biden’s climate plan — or, like Abbott, to avoid taking responsibility for their own mismanagement of energy supply. Sowing doubt about the reliability of wind and solar, with the help of widespread misinformation on social media, can be yet another way to keep fossil fuels in business and slow down the pace of energy transition.

There are going to be more disasters, and worse ones, ahead. America will need to prepare its electricity grid for ice storms and heat waves, raise sea walls to keep the water out, and somehow shift the whole economy to clean (and, wherever possible, disaster-proof) renewable energy. It’s going to be near-impossible to do that if we can’t agree on what even happened.