In the United States, coal, that supervillain of fossil-fuels, is in a death spiral. But on a global scale, there’s no spiral, just an arrow pointing to Asia. Turns out coal isn’t dying; it’s moving.

A report out Tuesday from the International Energy Association reveals the extent to which coal has provided the power for Asian countries like Indonesia and Vietnam as their economic growth pulls millions out of poverty. The world burns 65 percent more coal today than it did in 2000, according to the IEA’s new report. Coal accounts for 40 percent of all greenhouse gas emissions.

The report shows that natural gas and renewables are killing so many coal plants in the United States and Europe that worldwide coal consumption should be falling … if it weren’t for China and India. There, as well as in smaller Asian countries, coal use is rising fast enough to erase the effect of closures elsewhere. 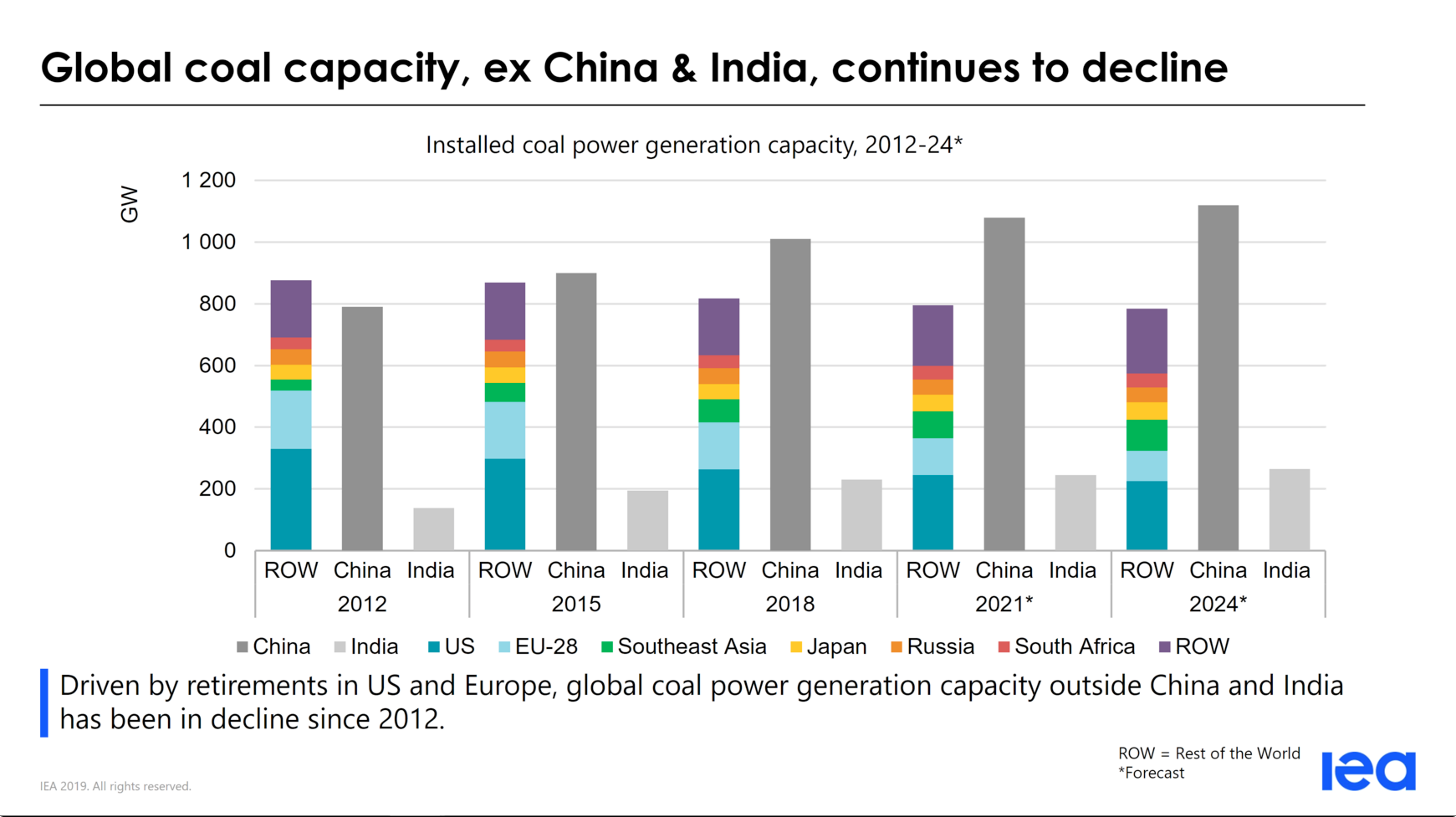 Keisuke Sadamori, director of energy markets and security at the IEA, said that “the end of coal was heralded” when coal use shrank for three years straight in the late 1990s. “Then, between 1999 and 2013, it grew more than it had in the preceding 90 years.”

That drove up pollution of carbon and the particulates that have famously choked cities like Delhi and Jakarta. It also fueled economic growth, lifting people out of poverty and helping countries prepare for the disasters made worse by climate change. For instance, despite and increase in cyclones, Bangladesh has dramatically reduced cyclone-related deaths by building shelters, fostering the growth of coastal forests, and developing systems for evacuation and cleanup.

There was some hope that developing countries would “leapfrog” coal and move straight to cleaner sources of energy, in the same way that some countries have skipped past landlines and adopted mobile phones. And while every country is building gas plants, solar panels, and wind turbines, most have decided that coal makes sense, too. India, for instance, is on course to increase its solar power six-fold by 2024. But India would need much more sun-power than that to reduce its burgeoning coal consumption. 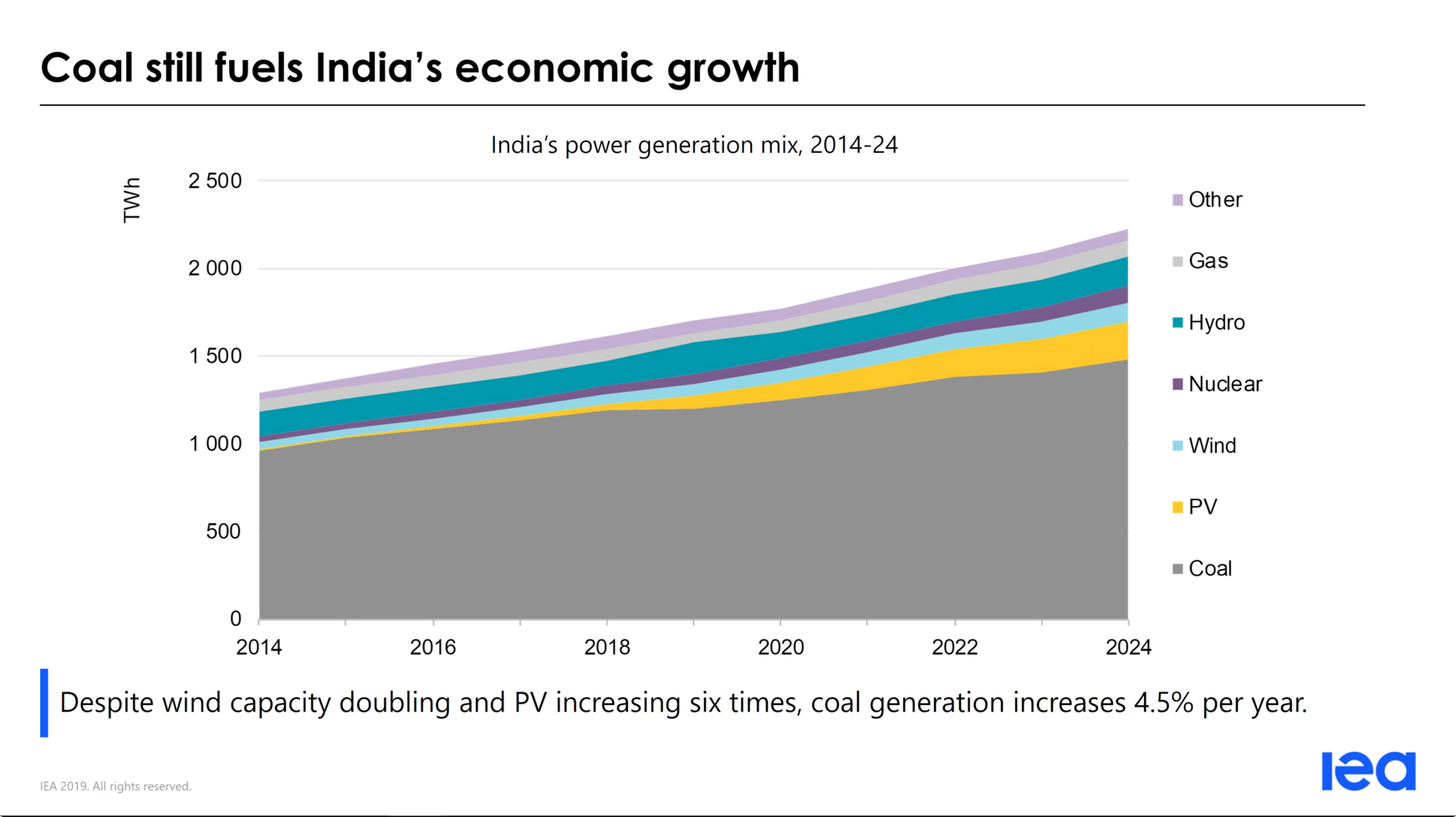 Just as Europe and the United States relied on coal to turn on electric lights in the late 19th Century, countries like China, India, Indonesia, Pakistan, and the Philippines are now doing the same. The average person in these countries still uses much less electricity than the average American. But because half the world’s population lives in this region, it’s taken a lot of coal to provide a modicum of reliable power. 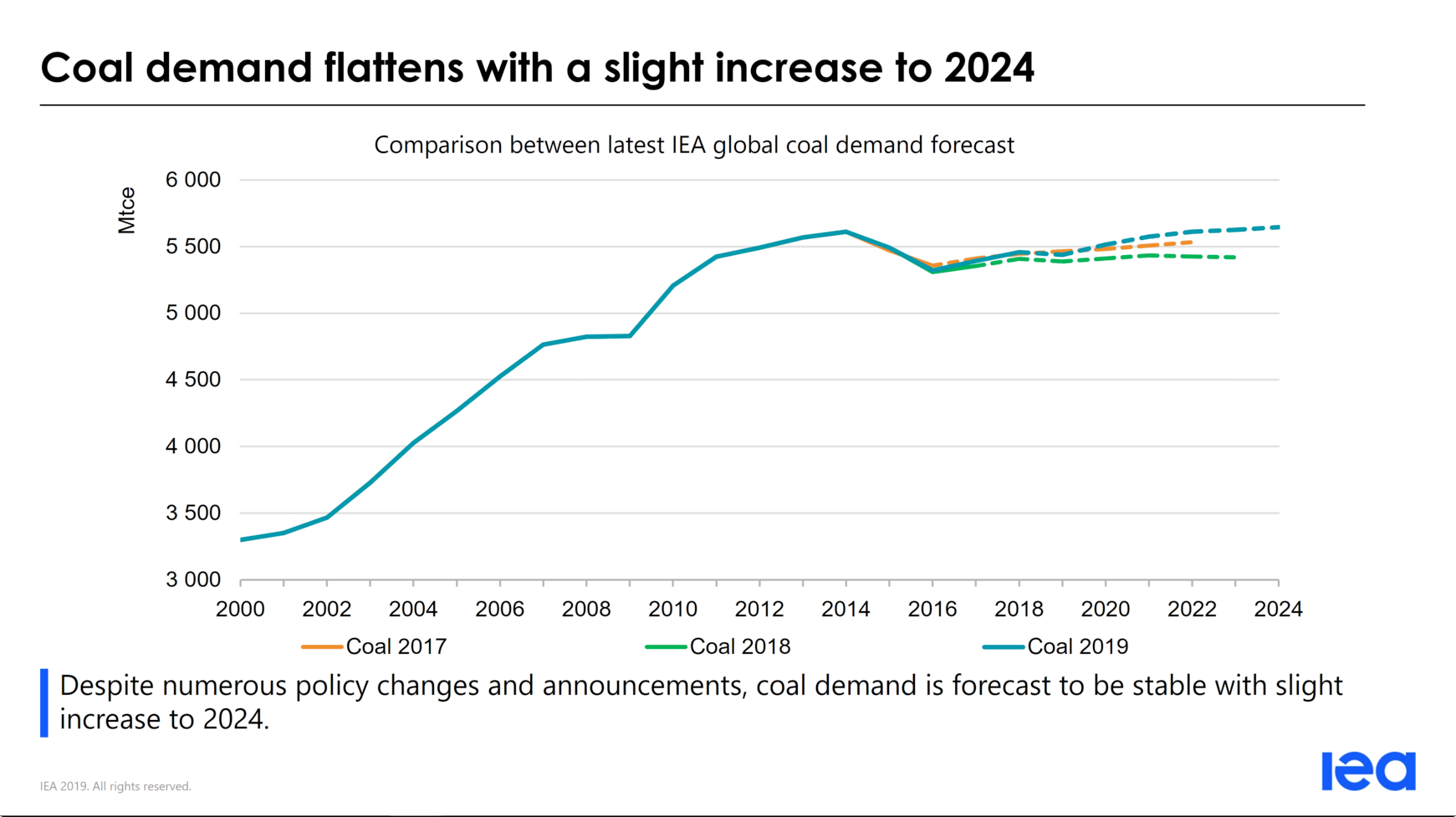 These projections are based on the policies already in place, so it could all change if countries opt for other energy sources. China, because of its size, will be most important in determining the trajectory. The home to 1.4 billion people is expected to address climate change in its next 5-year plan, covering the years 2021 to 2025.

“If China changes, everything will change,” Sadamori said.