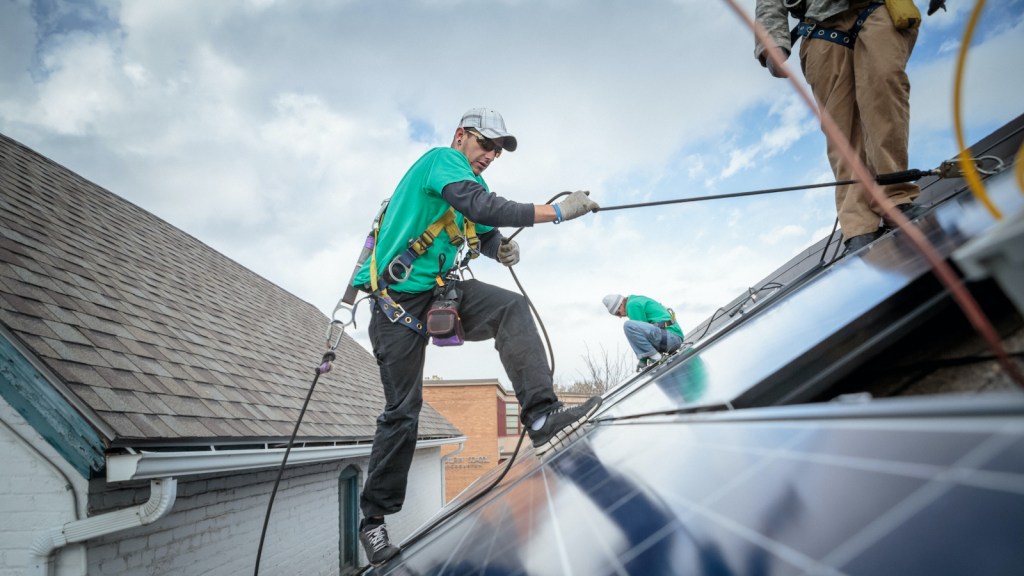 Renewable energy has been one of the few bright spots amid a global pandemic, as solar and wind power have surged across electricity grids worldwide. But the industry that supports renewable power is getting devastated: The U.S. economy lost nearly 600,000 clean energy jobs in March and April, setting what had been one of the country’s fastest-growing sources of employment on edge. All the job gains in renewables over the last five years have now been wiped out.

The numbers demolished earlier estimates. Jobs in energy efficiency, renewable energy, and electric vehicles tripled the losses originally reported for March, according to an analysis of Department of Labor data by BW Research. Their previous analysis had estimated that the industry would lose half a million jobs by the end of June; but that grim milestone arrived at the end of April instead.

“We saw those March figures and thought, ‘This is really quite severe and it’s going to get worse,’” said Gregory Wetstone, president and CEO of the American Council on Renewable Energy, one of the green energy groups which commissioned the report. “But I think what we didn’t realize is that March was just a signal of what was to come.”

With state governments locking down huge areas of the United States in an attempt to curb the coronavirus, the unemployment rate has jumped to almost 15 percent, the worst since the Great Depression. The Labor Department reported Thursday morning that claims for unemployment benefits have reached 36.5 million.

Clean energy workers are no exception. During the pandemic, workers are unable to enter homes and buildings to retrofit aging equipment to make it more efficient. Financing for clean energy projects has also dried up, as investors try to wait out the economic downturn. And even those projects that are up and running are struggling to buy panels and parts from shuttered factories around the world.

The clean energy industry employed over 3.4 million Americans last year, triple the number employed by the fossil fuel sector — and without federal aid, industry leaders warn that the situation could get much worse. BW Research now estimates that the industry could lose 850,000 jobs, a quarter of those employed in clean energy, by the end of June.

Wetstone said he hopes that the federal government will take a page out of the 2009 Obama-era Recovery Act, which helped renewable energy rebound from the Great Recession. That bill included a provision allowing wind and solar developers to continue to use federal tax credits.

Even in good times, renewable developers often don’t owe enough in tax to the federal government to make green energy tax credits worthwhile, so they partner with big investors that can offset their own own taxes. When the economy slumps, however, investors don’t owe as much tax — and so are unwilling to participate. The 2009 bill bypassed this problem by turning those tax credits into grants. Doing that now, Wetstone said, could get many people back to work sooner.

So far, however, there are few signs that the federal government will help out the struggling renewable industry. “We’ve seen the president be outspoken in defense of the oil and gas sector,” Wetstone said. “And we certainly hope that our champions are willing to likewise stand up and provide the help that we’re seeking in the clean power sector.”